Seonbon Won: Narrow the Gap be.. 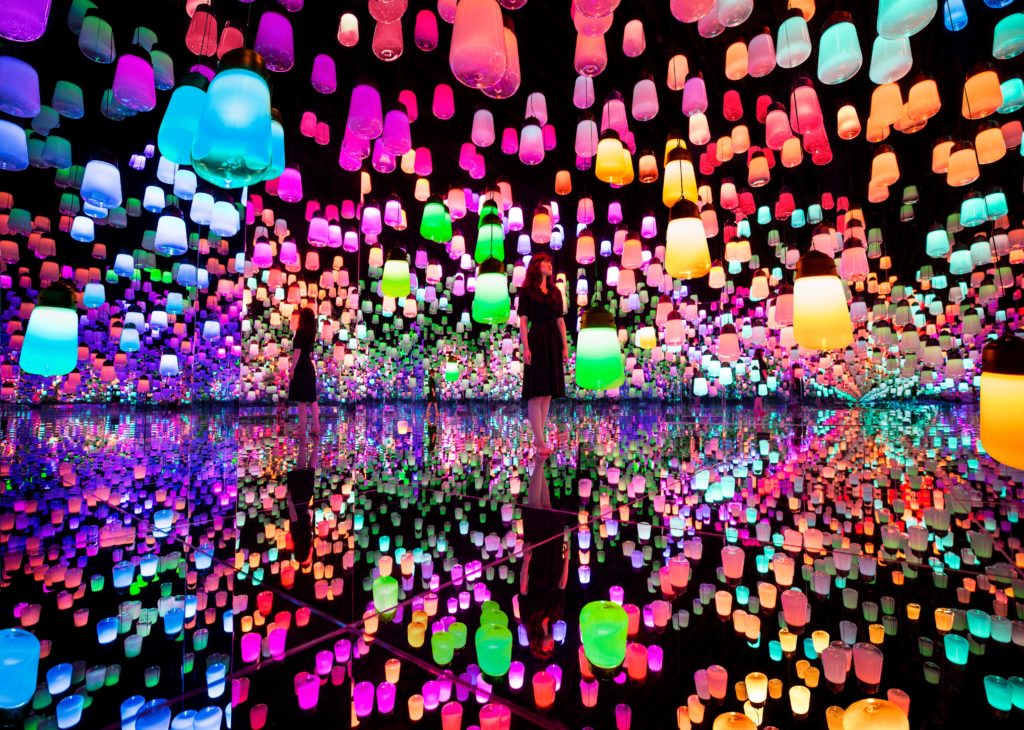 Here is a scene you would see within the teamLab Borderless exhibition: There’s a teacup placed on a table, and you find yourself looking into a new world when you’re about to drink the tea. The artwork, in the form of virtual flowers, appears for the first time when tea is poured in the cup; it looks as though your tea is coming to life as different floral patterns form. If you move the cup, all flower petals spread outside the cup. If you spill the tea, flowers also bloom in the spilt liquid. As long as there is tea, flowers continue to bloom. And the movement of the blooms is directly influenced by the behavior of you and people around you. It feels like you’re drinking in an infinitely expanding world.

This scene is created by teamLab, an art collective. It is not the first time they present this tea experience in collaboration with a new green tea brand named EN TEA from the Hizen province. The art debuted at the Interior Design Fair MAISON&OBJET PARIS in the exhibition Espace EN TEA x teamLab x M&O, a collaborative interactive digital installation that was on display in the Fall of 2017. Now the EN Tea time has become a permanent feature within teamLab Borderless, including teamLab Borderless in Tokyo and the upcoming teamLab Borderless Shanghai. At the exhibition, visitors can taste the green tea and engage with the multisensory experience.

When you are looking at the world as presented in teamLab’s perspective, it appears to be distinct from your reality while also making it possible to see the world in a new way. So what world exactly does teamLab aim to build?

A great work of art is palpable and sensible. Since 2001, teamLab has been creating digital art with an aim of changing people’s values and contributing to societal progress.

“Before people started accepting digital technology, creative expression has existed through static media for most of human history, often using physical objects such as canvas and paint,” said teamLab. They see digital technology as an igniter of creativity. It could be treated as any kind of materials, just as wood, plastic and brick are utilized in architecture. “The non-material digital technology can liberate art from the physical. Furthermore, because of its ability to transform itself freely, it can transcend boundaries.” 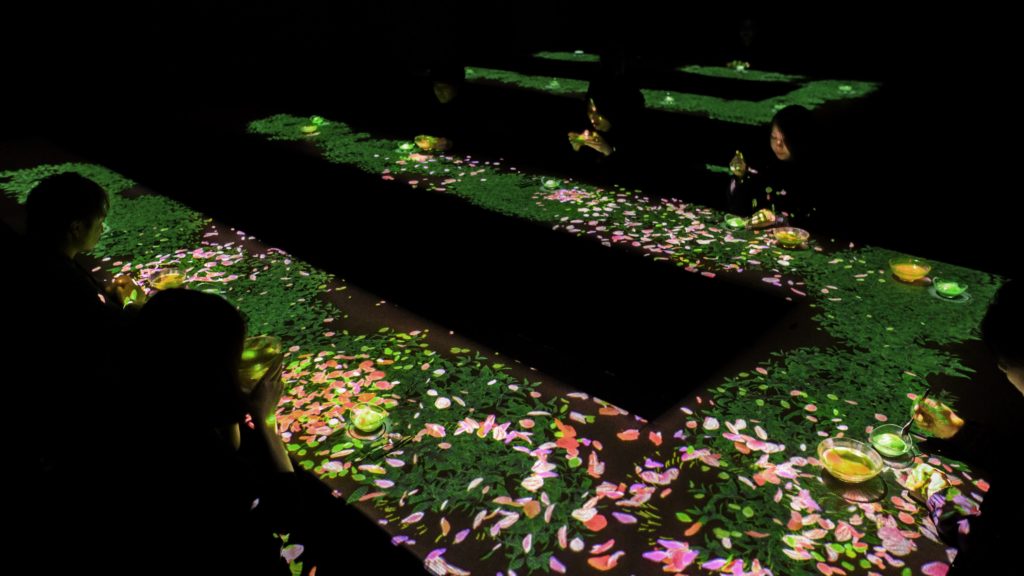 teamLab believes digital art can create new relationships between people. With digital technology, they have a greater degree of autonomy within a space. The presence of viewers then becomes an element of an artwork, their interaction with the space can instigate perpetual change in it, which means the viewers are becoming an intrinsic part of the artwork. What’s more interesting, it does not have to be an individual that intervenes with the environment, it can be any other people; if the change triggered is beautiful, the presence of others can be likewise beautiful.

Rather than a personal use, teamLab makes the technology usable by multiple people. By bonding digital technology and art, the existence and connection between a single viewer and those people around him is made more positive. 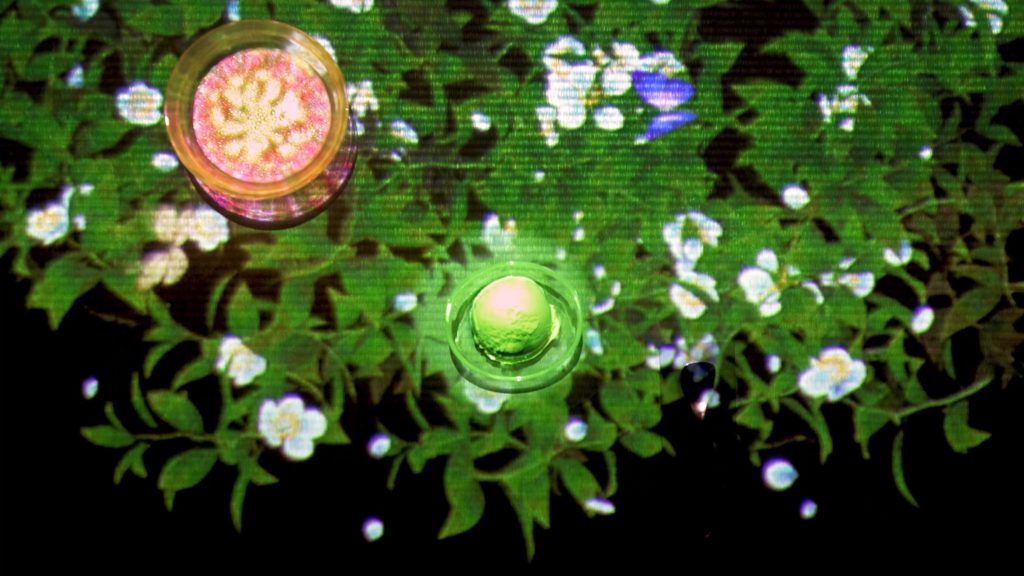 Now you may wonder how teamLab creates palpable joy with the digital technology tool. Once the big concept is defined, they gather a team of hands-on specialists, thinking and exploring as the whole team go along with the project. When they were preparing for the Flower Forest: Lost, Immersed and Reborn, which was exhibited at PACE Beijing in 2017, according to teamLab, they had a specialist who created a 3D CG flower model and animation, a 3D software programmer, an engineer who designs equipment such as projectors, a software programmer who localizes and integrates dozens of projectors within the space, an architect, and so on.

In that installation space, if a person stays still, the flowers surrounding him grow and bloom more abundantly. If he touches or steps on the flowers, they shed their petals, wither, and die. It is neither a prerecorded animation nor on loop, the artwork is rendered in real time by a computer program.

“Our organizational structure seems flat at first glance,” teamLab told CTI, “but it is also extremely multidimensional, with an underlying layer that is unclear and undecided.”

It is common to hear people of today chant, “We are a part of the earth.” However, many people behave as if there is a clear boundary between themselves and their world, and they act as if the world is different from the one that they are in.

“We aim to explore a new relationship between humans and nature, and between oneself and the world; one is in the other and the other in one. Everything exists in a long, fragile yet miraculous, borderless continuity of life.” teamLab explained, “Digital technology has allowed art to liberate itself from the physical and transcend boundaries.” 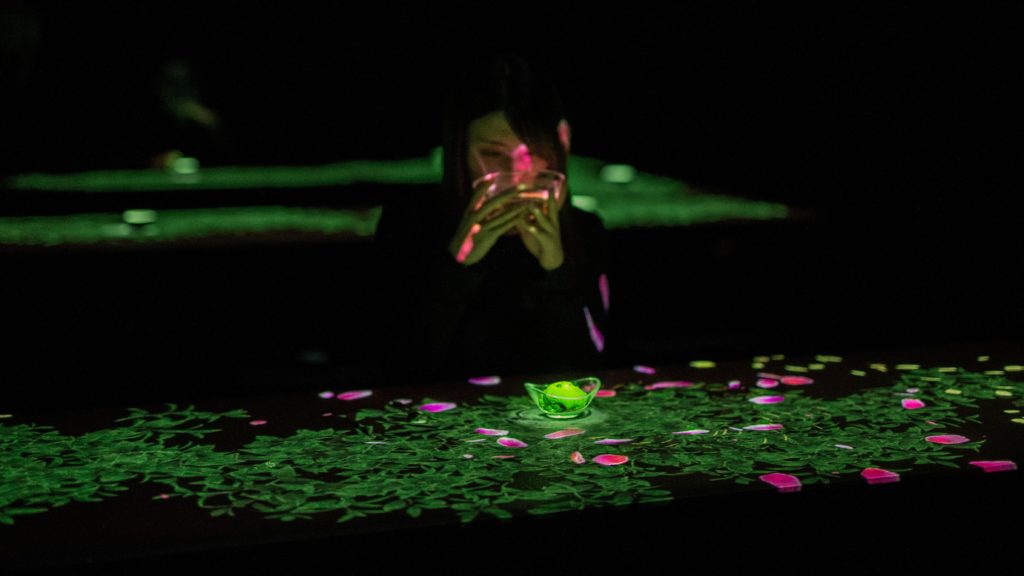 In the eyes of teamLab, they want people to be involved with the world, and they are dedicated to creating a borderless and continuous relationship between people and between the world and a single person. Art then has the magic to impact this relationship.

Connecting interaction with art, the artistic work of teamLab is actually realized by both the art and the viewer. Since viewers’ behavior and even existence transforms the artwork, the line between art and people becomes ambiguous. “A viewer who was present five minutes ago, or how the person next to you is behaving now, suddenly becomes important,” said teamLab. Unlike traditional exhibitions where visitors stand in front of the artworks, people immersed in participatory installations are encouraged to consider other viewers’ presence as a positive factor. In other words, the relationship of an artwork with an individual is accordingly transformed into a relationship between an artwork and a group of individuals.

“As much as possible, we want to re-think the boundary between the world and oneself.” The interactiveness is not restricted to art, and it also applies to the cities in which we live. “In modern cities, the presence of others is not the most pleasant thing. You cannot understand nor control them. You have to tolerate and accept them,” teamLab shared with CTI, “That’s because the city doesn’t transform due to the presence of you or others. If the entire city gets digitized by teamLab’s type of art, the presence of others could become something positive, even in big cities.”

The belief that we are part of nature is not the result of a way of thinking. Based on the connection between the appearance of the world that teamLab creates and people’s behaviour within it, we fully feel the interaction with the environment, the art, and other people. In other words, the world is something to be involved with.

Founded in 2001, teamLab is an art collective, interdisciplinary group of ultratechnologists whose collaborative practice seeks to navigate the confluence of art, science, technology, design, and the natural world. Various specialists such as artists, programmers, engineers, CG animators, mathematicians, and architects form teamLab.

teamLab Borderless in Tokyo has now become the world’s most-visited museum dedicated to works by a single artist, a museum without a map, a continuous and borderless world made of artworks where visitors will immerse their bodies and explore new spaces.

teamLab: A Forest Where Gods Live, Ruins and Heritage – THE NATURE OF TIME 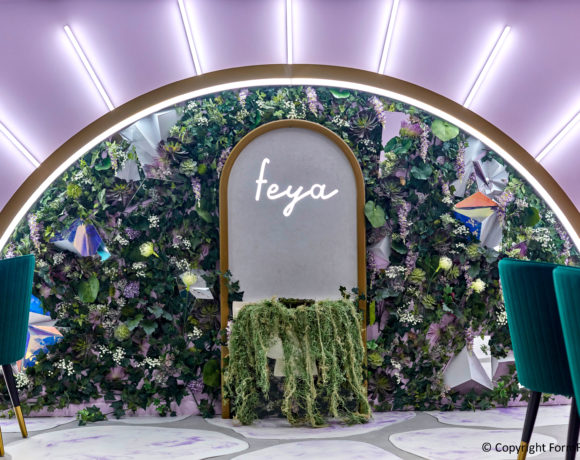 Feya: A Cafe for a Maximalist Feel

Needmore: Magicians behind the Screen 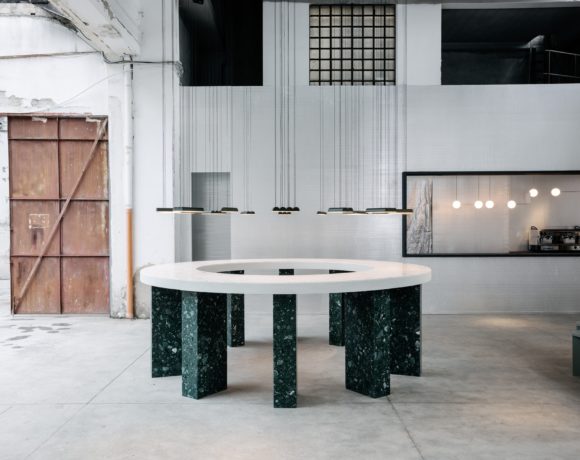