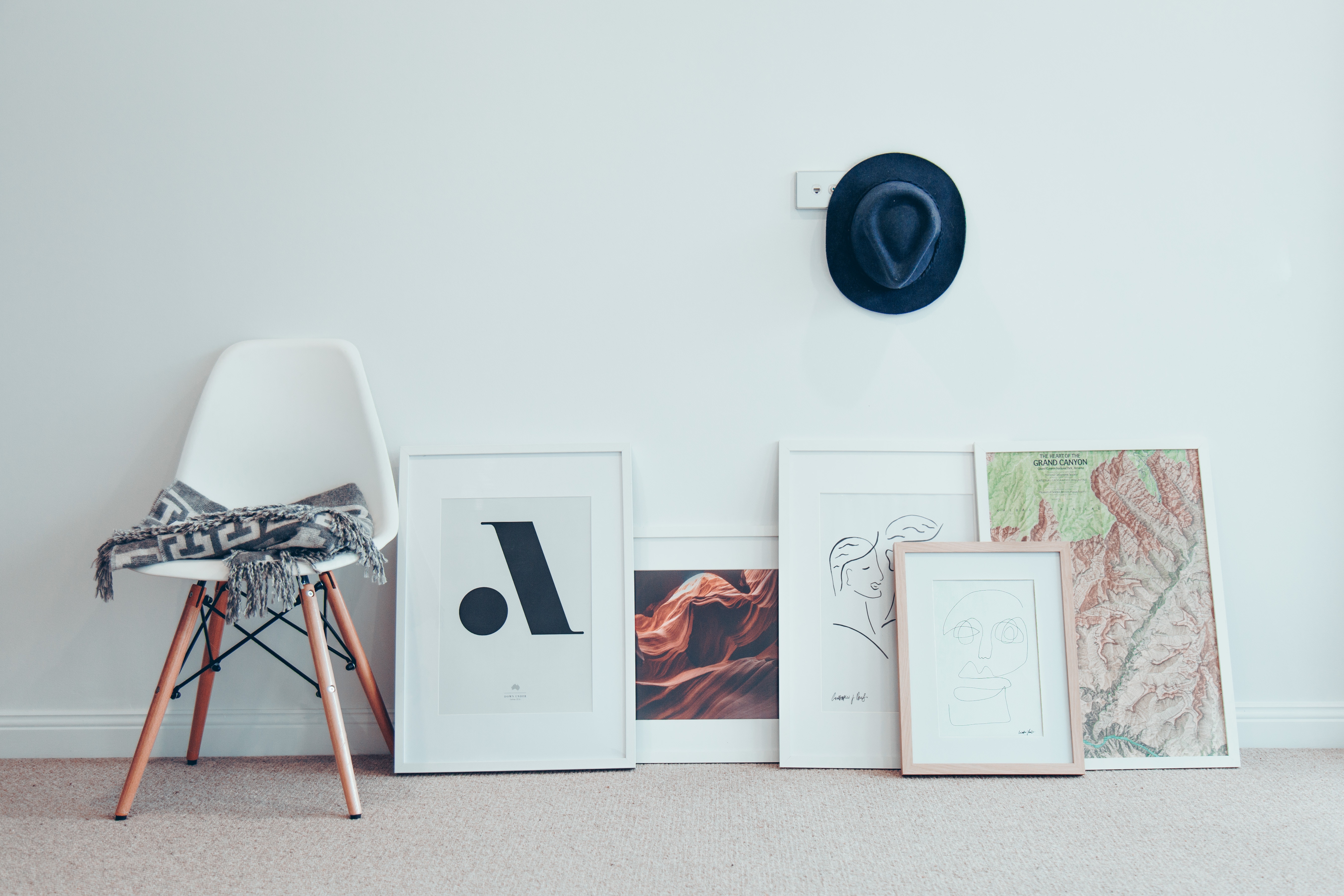 When people try to go to a cafe to spend a lazy afternoon or simply to focus on their work, the keyword they search online is no longer limited to “cafes with good coffee.” Instead, people search for cafes in different styles in a bid to post fancy pictures they take on social media or to enjoy the different-themed atmosphere created by the cafe owner. Thus, when it comes to picking a cafe, people choose by the look of cafes, showing their own preferences in aesthetics.

However, if you take a closer look at the styles of cafes, you will find that they can be divided into several aesthetic styles even though they are designed by different interior designers from different cultural backgrounds. Cafes in a specific popular style become consumers’ favorites, which gradually grows into a trend worldwide. Here are three aesthetic styles popular in Asia as well as around the world, which are the styles you are familiar with.

When culture is born, it is normally limited to a small group of people until the cultural impactgrows larger. Then, the culture is acknowledged and accepted by a bigger crowd as it is likely to be embraced by more people in the society. Big cultural events or movements become a trigger reaching more people beyond the boundaries in geography. This is how a cultural trend develops and grows. Based on culture, aesthetics seems to be something that is hard to feel and understand until designers and architects adopt aesthetic principles in their works. Then, we started to ‘see’ and ‘feel’ aesthetics better. 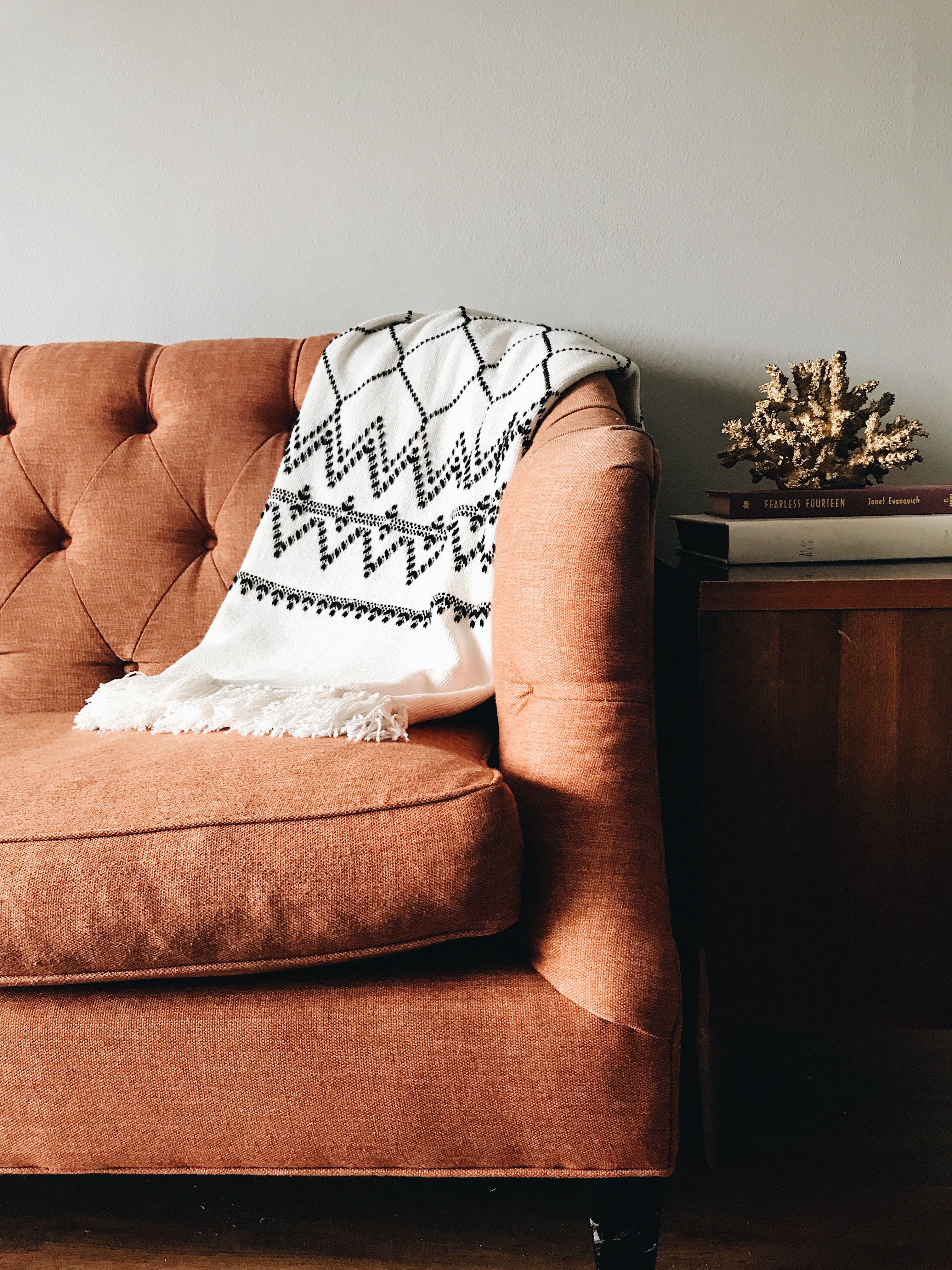 Ellen Key, a Swedish philosopher, is believed to be one of the founders of the Nordic Style. In 1899, she wrote Skönhet Föralla (Beauty For All in English), which refers to her hope of improving the society through fewer yet exquisite designs as a woman. At that time, home decor in Nordic regions directly reflected the gaps between the rich and the poor. The rich families preferred to customize luxurious and fancy furniture, which was in a sharp contrast to the simple yet functional products for common families. A transformation took place after the Second Industrial Revolution. The development of the commodity economy made the Nordic Style popular in Nordic countries as a group of rich people went into bankruptcy and the industrial manufacturing developed gradually. In 1939, Sweden exhibited its distinctive home designs at the New York Expo, which was the first time of this aesthetic style entering the international stage. Throughout the following decade, the style was gradually accepted by the European and American people. Furthermore, it remains popular till date. For the Nordic style, the Second Industrial Revolution and the New York World Expo were the triggers behind the booming of the style, going beyond the limits of the geography and crowds.

Rise and Fall of Trends

The aesthetic style goes into a second phase after the trigger cultural event, boasting a solid base of audience. The fact brings new ideas in style and decor to designers and cafe owners as people usually gather for both aesthetic and cultural purposes. Thus, besides a third space, the cafe decor is recognized as a trend signal.

Emotional appeals from cafe owners – In the past, coffee quality was the most important and focused thing in cafes. However, it was always influenced by such factors as the quality of coffee machines, the qualification of baristas, and the level of roasted beans.

The comments based only on the taste seemed far from being objective. As the market environment changes, people share different pursuits when they go shopping. Things like taste, environment, and service have become common criteria for evaluation, which is still adopted by major review websites. Since then, the cafe owners have created a good atmosphere to shift customers’ focus. Apart from tidying up, the key is to create a themed-space that is comfy and immersive for customers. For example, in the SOHO area in New York, Starbucks and McDonald’s stores are designed in a rough industrial chic style, which aims to attract nearby office workers to buy coffee as part of their daily routines. Catering to youngsters and tourists, cafes in Sinsa-dong in Seoul and Siam in Bangkok are designed in a distinctive style suitable for picture posts on Instagram. In order to avoid aesthetic fatigue, designers also renovate their principles while retaining the main features according to the trend. Using shipping cargos to shape a new industrial chic is an eye-catching and creative approach. In March, 2018, Starbucks built 45 cafes in cargos around the USA. In Northglenn, Colorado, Starbucks used recycled shipping cargos and a variety of recycled materials to renovate a six-year-old store. The store was even relocated a mile away. However, the entire renovation took only 21 days. We’ve found that the old-style decorative elements were replaced by modern lightweight materials, breaking the stereotypes. It is an impressive approach that uses aesthetic styles to echo with the audience’s preferences, which can be very competitive. The same principle applies to the renovation of old architecture. Even if the coffee cannot help customers become regulars, getting rid of outdated attributes of the original architecture and breaking the rules in decor has become a huge impact. It’s like a magic, attracting lots of new customers.

“IT item”helps – In history, people in different classes sought for different styles in life. Digging into this phenomenon, you would find it deriving from the time difference in culture. The culture is no longer consistent due to different times that it gets popular in different regions. It changes relating to the social environment and the nature of the media, sometimes as we called it “innovation.”[1] 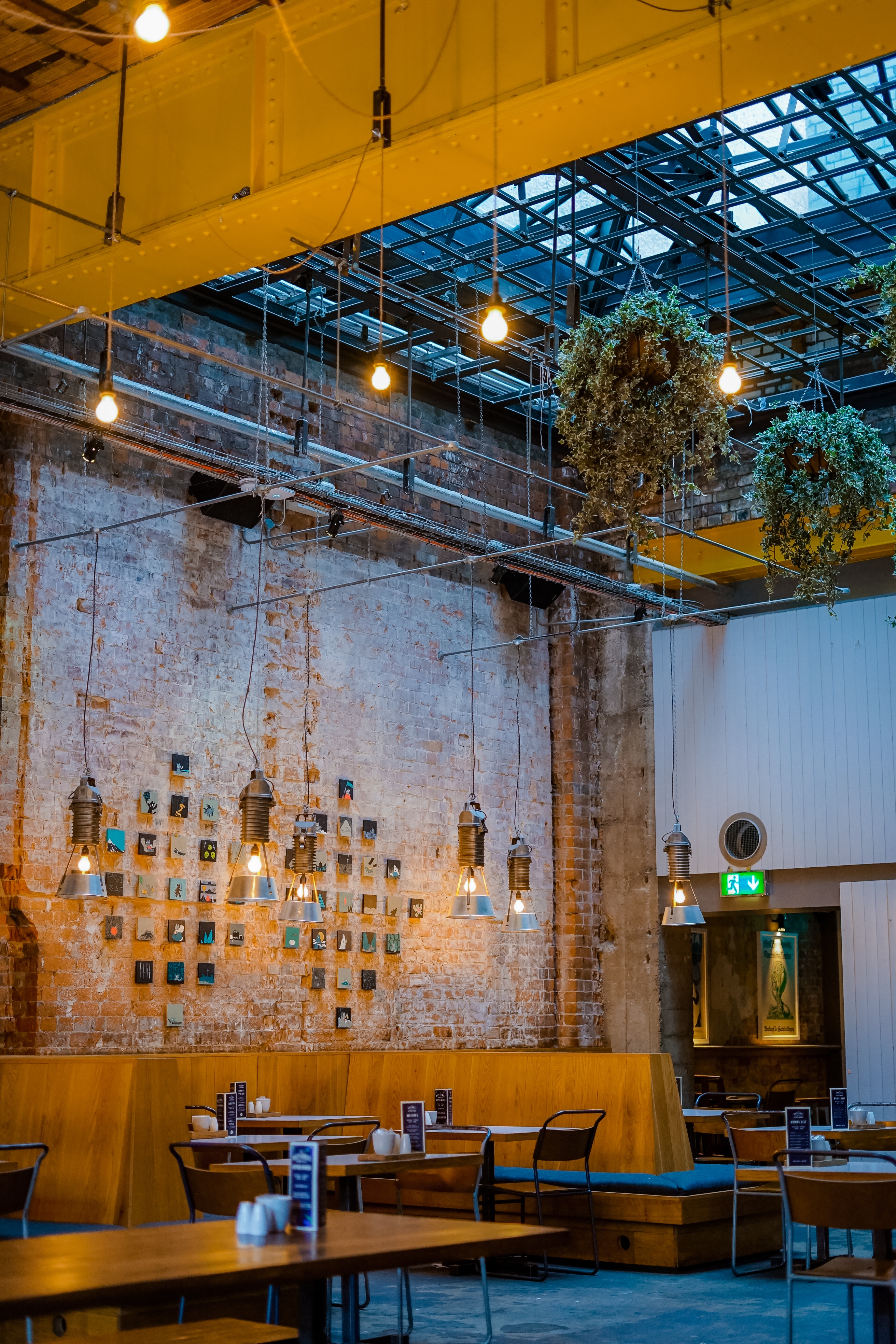 The birth of the new style was stemmed from the main element of design aesthetics – the “IT Item”. Designers use several “IT items” in unique Nordic style in the cafe design. For example, Arne Emil Jacobsen, a famous Danish designer, designed the Swan Chair and the Egg Chair, which are recognized cross-generational works. 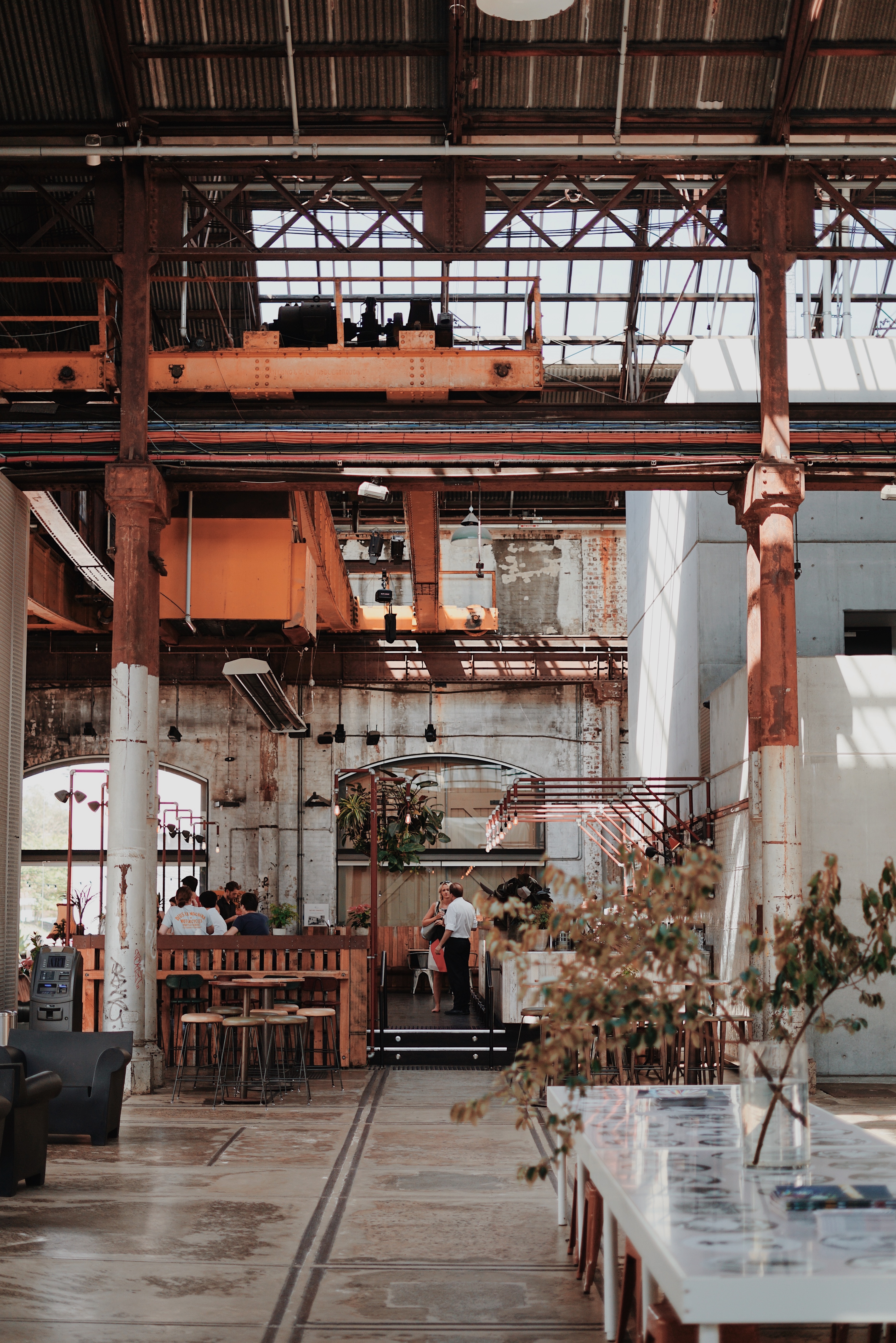 The chairs reflect that the Nordic style’s emphasis on functionality and ergonomics, inspiring designers from various brands around the world. By fitting a few Swan Chairs in the cafe, the owners are able to take advantage of the strong style attributes from the item, an eye-catchy illusion of the Nordic style.

Affordable costs to be aesthetic – Interior design of a cafe requires a lot of money, and it costs even more when the owner wishes for a cafe in a distinctive style. The expense in decor is possibly much higher than that of coffee machines. Obviously, Industrial Chic seems to be a better choice. Many cafe owners opened their cafes in old factories or unoccupied houses with an aim to better match the industrial chic based on its attributes. However, after a visit, we’ve found that regardless of how rough the aesthetics is, it still needs a nice “trim” to make the style complete and work. Otherwise, it is easy to be defined as a “David’s deer”, rather than an industrial chic that looks “unfinished.” In this regard, the “IT item” mentioned above is one of the mainstream solutions, as the use of cargos to renovate can reduce the upfront costs to some extent.

When the cafe owners are struggling to create a typical style cafe, Instagrammable style is spreading widely to be seen in various stores everywhere. The Instagrammable Style featuring Pantone colors, fashion brands and subcultures is actually the spiritual demand for an “identity recognition” and the new consumption demand for “cameras first.” The visual perception with naked eyes is no longer the only criterion for aesthetics. It is the new aesthetic principle of how to fit everything in the frame beautifully and get most “likes.” In this regard, Valé Architects, an Australian furniture brand, cooperated with professional hotel design website Hotel Designs to launch the Instagram Design Guide in 2018, which analyzed people’s current desire of showing off on social media. 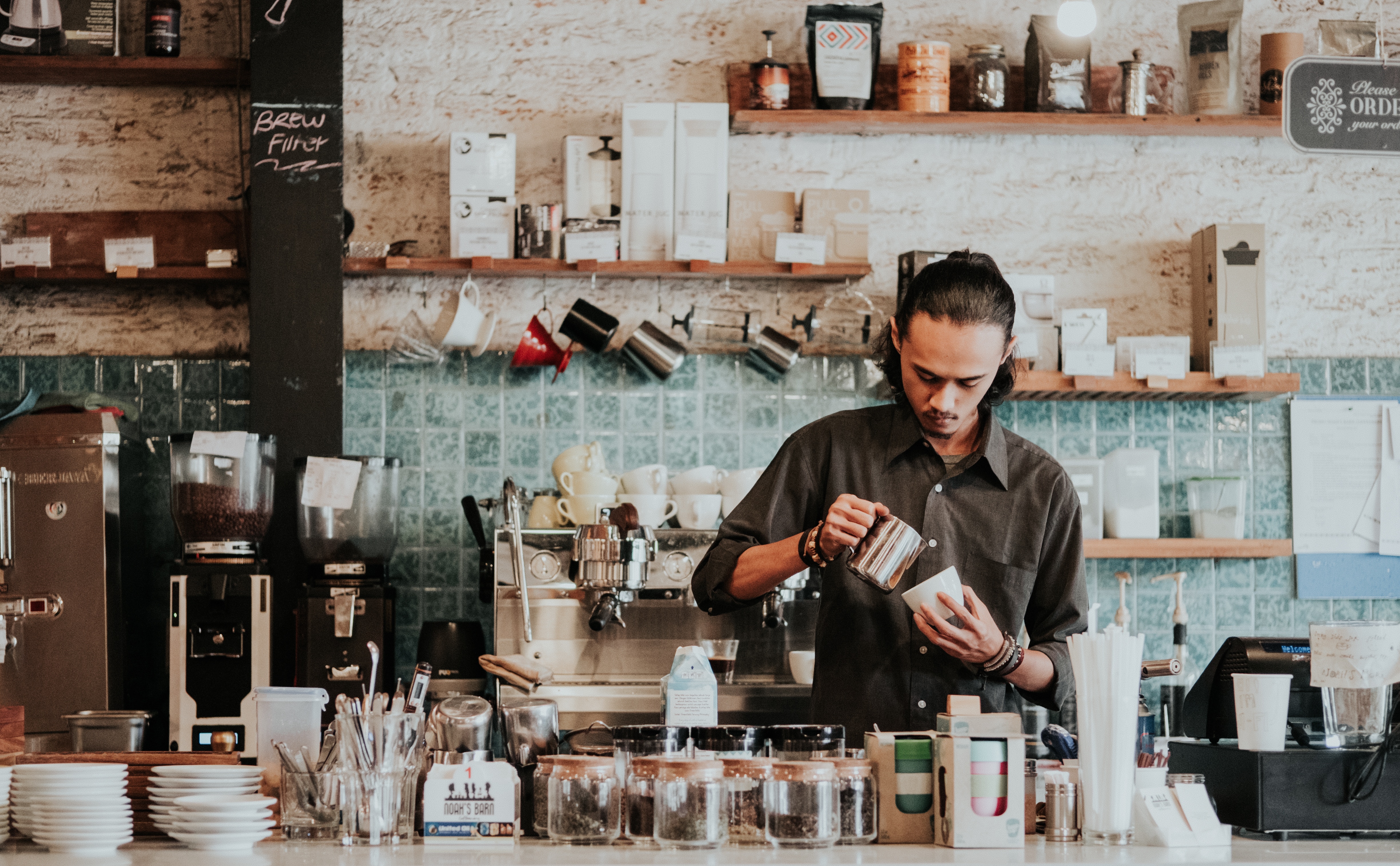 Previously, we mentioned that the main features can be used to distinguish aesthetic styles. Whether it is the atmosphere or IT Item, “labeling” is the public’s reflection towards aesthetics. Among them, the expansion of brand culture is undoubtedly a main driving force. For example, IKEA, whose stores are all over the world, has the same brand effect just as the H&M or Zara in the fashion industry. It presents an acceptable aesthetic experience at an affordable price while people can use independent items to echo a certain style. It not only helps brands like IKEA to increase sales, but also offers people the opportunity to get in touch with the Nordic style. Many cafes opt for brands like IKEA or distinctive aesthetic items to form a stylish space. It could be regarded as a gesture of “labeling” or simply as a preference in style that could be the most popular cultural trend.

Let’s look at these two aspects: the ultimate purpose of the cafe owners and the designers to choose an aesthetic style; the motivation to innovate a style and its derivatives. Then it is not hard for you to understand why some cafes start to look similar in style and why it becomes popular. When Kristian Byrge, the founder of Danish furniture brand Muuto mentioned the term “New Nordic,” he said, “It is a popular expression right now. A human-centered design is the core of the New Nordic, and is the key behind its popularity. To have a beautiful and functional modern design is a social view of the public.” Aesthetics lives and grows. The development can be interpreted with “IT Items” and “labels.” However, it is inevitable that we will see many cafes in the same styles. The design of cafes will reflect the popular trends at the moment or some most seen decoration items. On the other hand, cultural triggers behind the aesthetics show the common cognition and cultural identity shared by the public. Aesthetic styles sometimes can be regarded as solutions to emotional needs and can create better experiences for consumers, which we believe will continue to evolve and innovate.

[1] The S-shaped diffusion curve was introduced by French sociologist, Gabriel Tarde, in the theory of innovation diffusion, which was confirmed by experts such as Everett M. Rogers and F. Floyd Shoemaker. 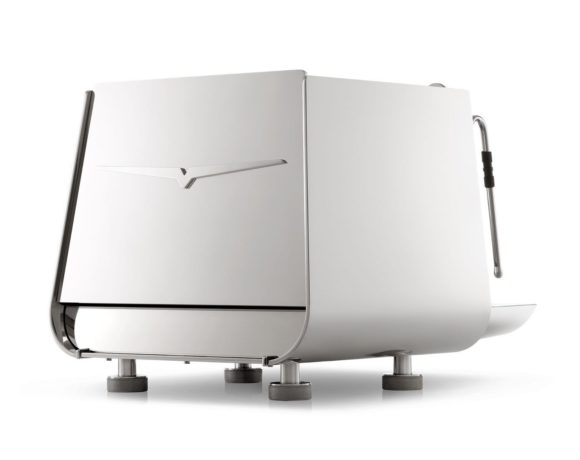 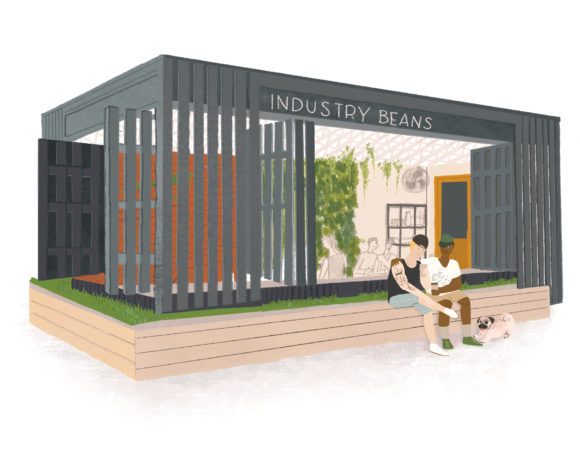 Melbourne: A Capital of Coffee Culture 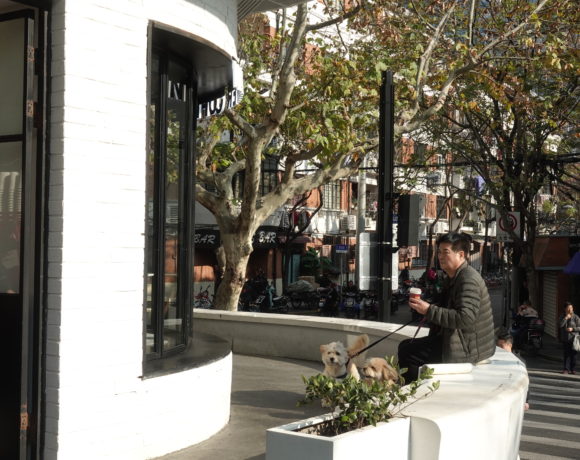 Coffee is Blooming: A Special Scene in Shanghai