Milk has always been the best pal of coffee. In tens of thousands of coffee shops around the world, the popularity of milk coffee has always been unshakable. Please break the stereotype “black coffee is the best.” Drinking coffee itself is enjoyable, and milk is the extra important flavor that brings joy and satisfaction to people.

To make a good coffee, people have never stopped exploring and researching the innovative use of milk in coffee. Latte art has become popular as an art in the cup; milk has been widely used in world competitions, especially for signature drinks. Besides milk, baristas and coffee lovers around the world also use condensed milk, cream, and other dairy products for coffee, which has created a bizarre world of coffee drinks.

When it comes to the use of cream in coffee, you may think of those innovations in different drinks that you have tried before. From espresso-based innovations such as Con Panna, Irish coffee, Cafe Breve to Starbucks Frappuccino with whipped cream on top, you may also remember the Half-and-Half [1] used widely in the USA or the Double-double[2] originated in Canada. The use of cream and milk in coffee is becoming popular and turning into a drinking habit. 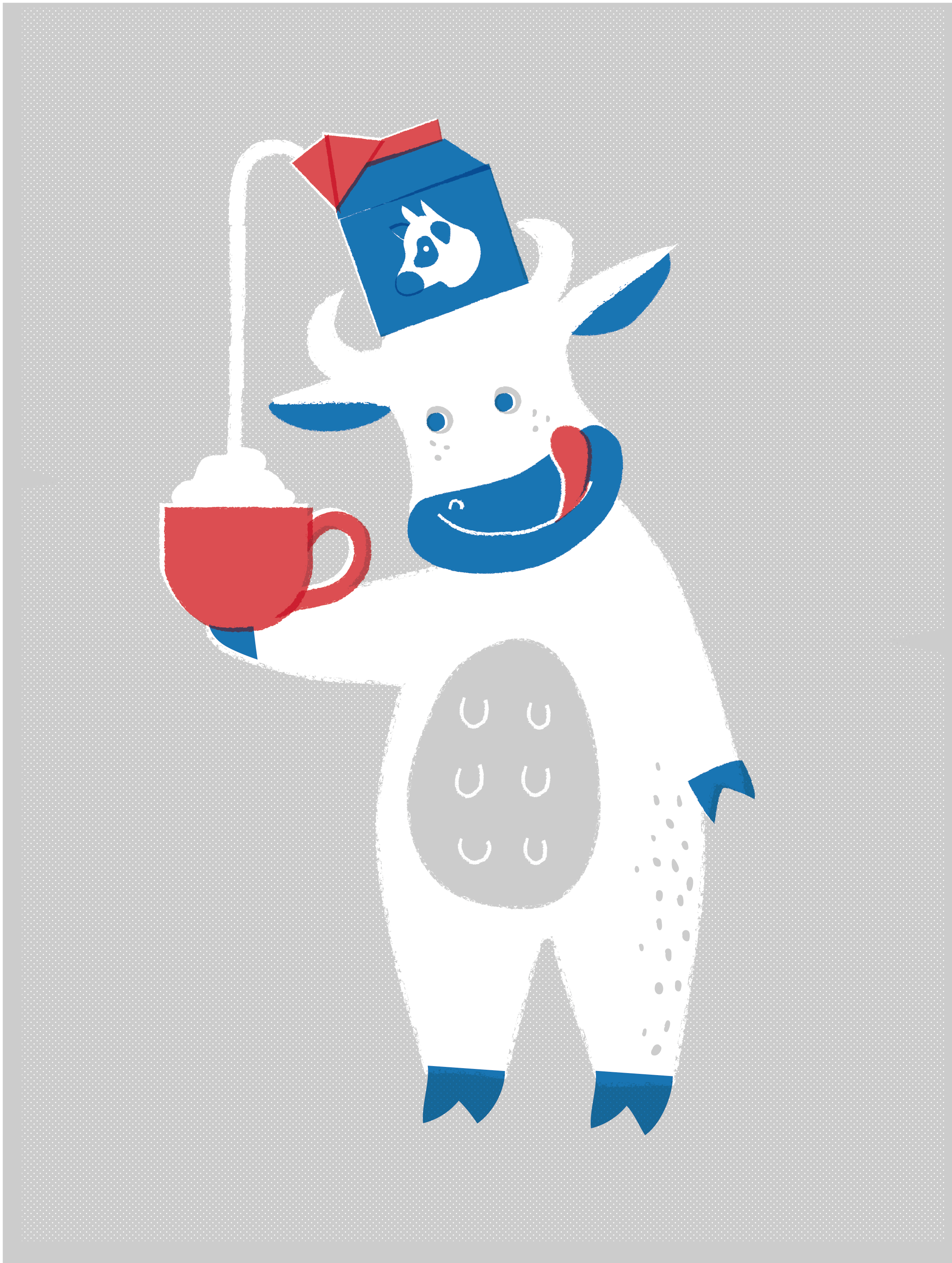 The reason why cream is widely used in the creation of coffee drinks is not only because of its mellow milk aroma but also for its limberness. You can use it directly, or find its differences in taste and texture through different levels of whipping. For example, adding cream to coffee directly is to improve the mellow taste of drinks and the flavor of cream in general. Eggnog Latte is inspired by Christmas seasonal drink Eggnog. The combination of coffee, milk, cream, and Rum emphasizes the special aroma of Rum with an exquisite taste and mouthfeel. Served either cold or hot, it is such a memorable drink.

In iced coffee, cream can be used to replace or “assist” milk in a bid to create an eye-pleasing drink thanks to its versatile forms. In addition to traditional whipped cream top, creative new uses of cream have appeared and got popular in recent years across the globe.

Marble Americano – Add ice cubes to espresso, and then add a mixture of cream and milk in a ratio of 1:1 to produce a visual effect resembling marble texture. It is highly recommended by many coffee lovers. 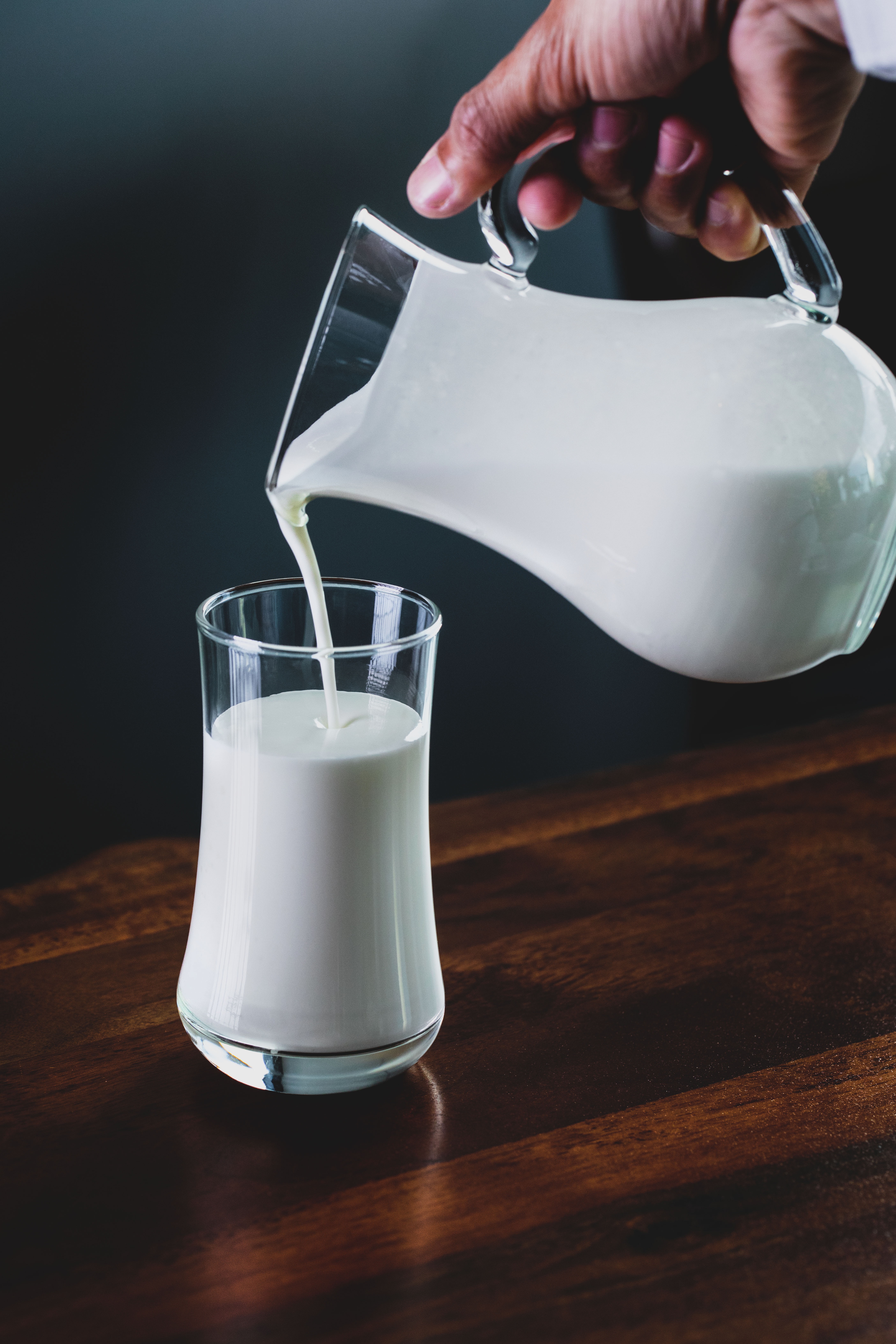 Iced Americano with Cream Top – Mix milk and cream; whip to a soft and dense state. Add it to the top of Iced Americano for a cloudlike shape for a creamy taste. It was very popular in Shanghai last summer, and many independent coffee brands introduced coffee in similar styles. Starbucks also introduced Cold Foam Cold Brew.

Dirty – It became popular in South Korea first. Spread moderately whipped cream over an espresso until it spills over the rim of the cup. Sprinkle chocolate nibbles and cocoa powder on top to make it look “dirty.” The messy presentation is also appetizing. Dirty was also launched by China’s boutique coffee chain brand Greybox last year, which has been a top selling item since then.

Condensed milk is a kind of concentrated milk: The water in cow’s milk has been removed. Usually, people add granulated sugar or syrup in the condensed milk, which then becomes sweetened condensed milk. The water content in condensed milk is only about one quarter of that in fresh milk, and the sweetness is much higher than that of fresh milk due to the addition of sucrose. Condensed milk is therefore often used to make coffee, milk tea and other drinks such as renowned Hong Kong style milk tea. The most classic example in coffee is Vietnamese Iced Coffee (cà phê nâu đá), which features a unique sweet taste thanks to condensed milk. 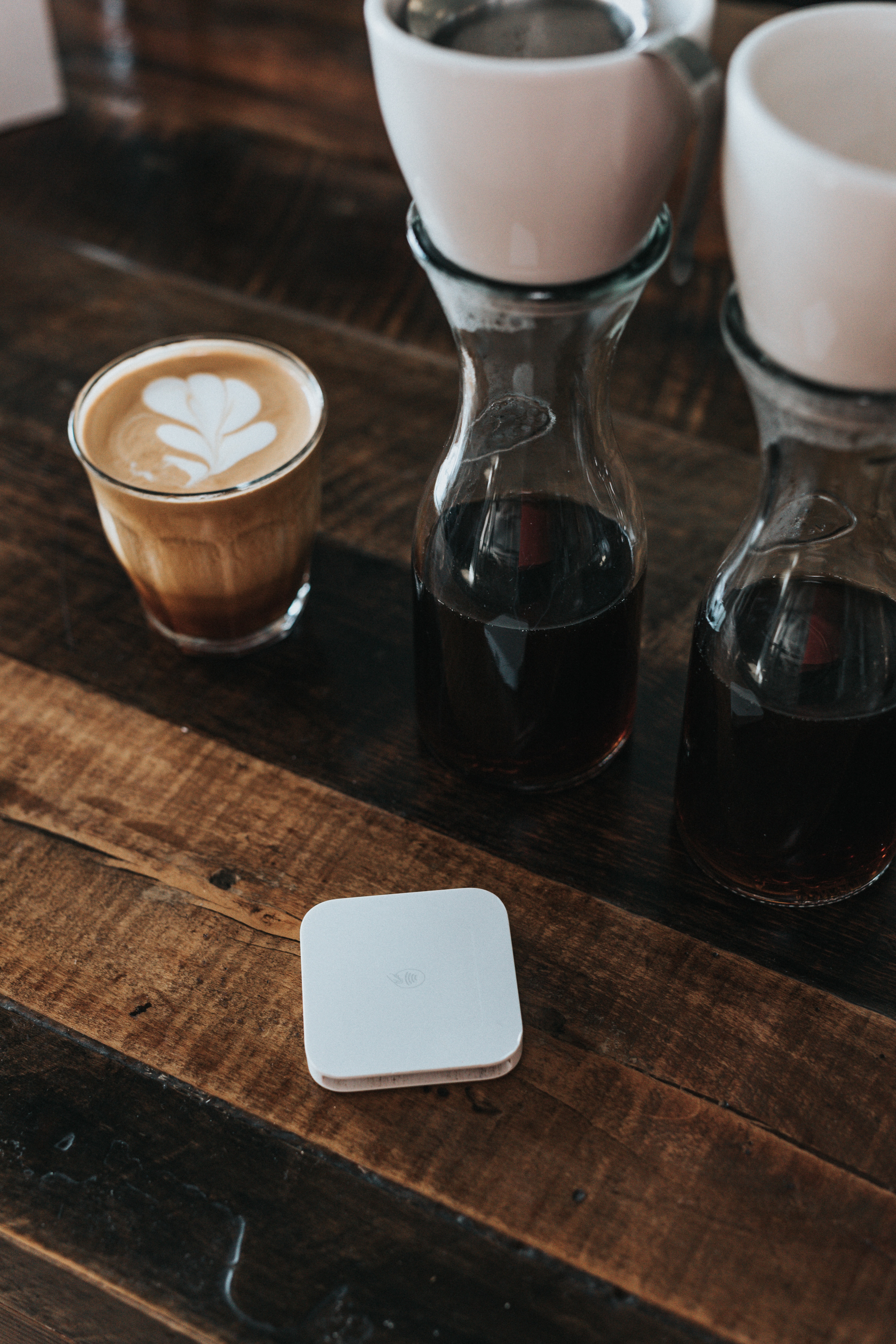 In recent years, Spanish Latte has become a popular product in the coffee chain %Arabica. Condensed milk from Nestle Eagle is added before espresso and milk is poured into the cup. Either served hot or cold, the addition of condensed milk brings a unique smooth creamy texture to taste. The popularity of %Arabica’s Spanish Latte actually benefits from the habit of using evaporated milk and condensed milk in drinks in Hong Kong. Such a habit made innovations like Spanish Latte popular among customers and also a trend to follow for other cafes.

Bulletproof Coffee, or Keto Coffee, can give you an idea of how butter is blended into coffee, which has been popular in Europe and America for several years. This is a coffee made by mixing black coffee, unsalted grass-fed butter, and MCT (a digestible fat extracted from coconut oil) in a blender. It has a strong butter flavor, which is described by someone as “the taste of hot coffee mixed with thick buttered rye bread.”

As for yogurt, we have to mention Vietnam again. The country has a very unique coffee culture. It’s a habit in Vietnam to drink Yogurt Coffee (sữa chua cà phê). Adding yogurt to coffee makes it easier for people to taste the different layers of acidity, aroma, and sweetness in a cup of coffee. Some cafes even add special ingredients like fresh mangoes or fermented rice into it. You may also find some innovative drinks in other countries, which are actually inspired from Yogurt Coffee nowadays. The New Form of Milk

Back to milk, there are few variations of it compared to other dairy products. In the past, it was hard to think of other ways to use milk except for making latte or directly adding to coffee. Last May, Starbucks “Nitro White” series featuring five drinks was launched in Shanghai Starbucks Reserve Roastery, China. The nitro-infused milk makes drinks taste so creamy and slight bubbly. Infusion of nitrogen gas into milk, such an innovative way, brings cold drinks a similar mouthfeel that can be found in steamed milk beverages. The silky texture reminds drinkers of cream on the top of cakes. It’s surprising that the nitro-infused milk tastes chilled rather than ice-cold, making it suitable to different people’s needs.

At present, adding fresh cream or other dairy products to coffee is very popular in South Korea, Southeast Asia, and other regions, from chain coffee brands, independent cafes to the home coffee market. However, the use of cream is still relatively limited. On the one hand, the addition of these dairy products has relatively increased the cost for cafes. Let’s take cream as an example. Its price is usually twice as much as milk, and it needs to be used quickly once opened. As cream is not easy to store, it is necessary to consume it quickly by promoting the product properly. Apart from signature drinks by some big brands, it becomes unnecessary for most cafes to introduce such products if cost of loss is higher than earning due to the less frequent use of cream. 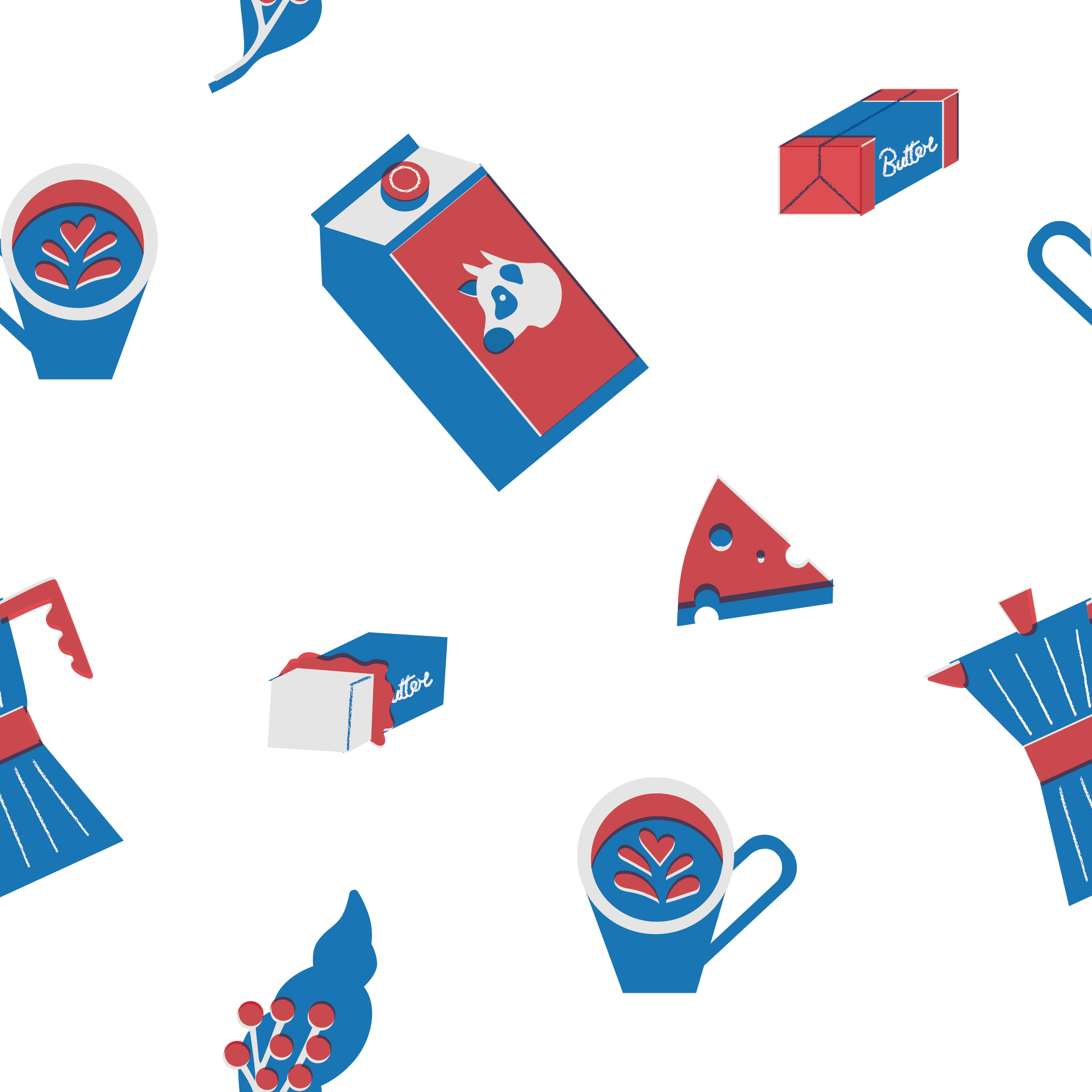 On the other hand, with the increasing popularity of a plant-based lifestyle in European and American countries and first-tier cities in China, people have started to say “no” to high-fat and high-calorie products. Therefore, the utilization of ingredients like cream and condensed milk in coffee drinks has actually declined recently. More people prefer to use plant-based milk such as oat milk, soy milk, almond milk, etc. for their coffee. Plant-based milk in coffee is expected to have more creative forms in the future.

For coffee lovers, Café Americano and Latte are still their favorites as they will continue to place the same orders in coffee shops. However, the variety of dairy products has brought various ways to drink coffee, which happens to cater to some young customers who are new to coffee or just want morning Joe. Did you enter the wonderful coffee world through a cup of coffee smoothie with whipped cream top as well? For the coffee and beverage industry, the wider choices of non-dairy products also bring endless possibilities for innovation and development of coffee drinks and more options for vegetarians to enjoy milk coffee. The inclusiveness of coffee and the possibility of (non-)dairy products will surely make coffee drinks more innovative and sustainable in the future.

[1] Half-and-Half: A combination of the two — it is half whole milk, half heavy cream. The average of the fat contained is about 10 to 12 percent.

[2] Double-double: Originated from Tim Hortons in Canada, it is a drink featuring two portions of cream and two teaspoons of sugar.