Eagle One Is Here!

We sense tea as a healthy dose, but did you know that it’s the world’s second most consumed liquid next to pack- aged water[1]? Many believe that the growing popularity of tea is expected to continue in the next couple of years.

Tea consumption is not limited to tea-dominating markets in APAC regions like China, India, and Sri Lanka. Other parts of the globe including Europe and the Americas, are the rising stars in the wave of tea trend.

The tea market is thriving. The market segmentation opens up new opportunities for those who pursue premium quality and indulgent experience of tea drinking and making. Instead of buying convenient tea bags, chic drinkers in the West now prefer to enjoy a cup of authentic tea freshly brewed and well presented in a tea house. Such stores not only connect the craftsmanship of tea making with the drinker but also create a special environment for people when the tea is consumed. Meanwhile, higher-quality teas make tea connoisseurs more willing to dig into the provenance and to experiment with tea. It’s just like the stories of coffee origins we’ve heard before. With the growing knowledge and inspiration, there comes the next wave in tea. 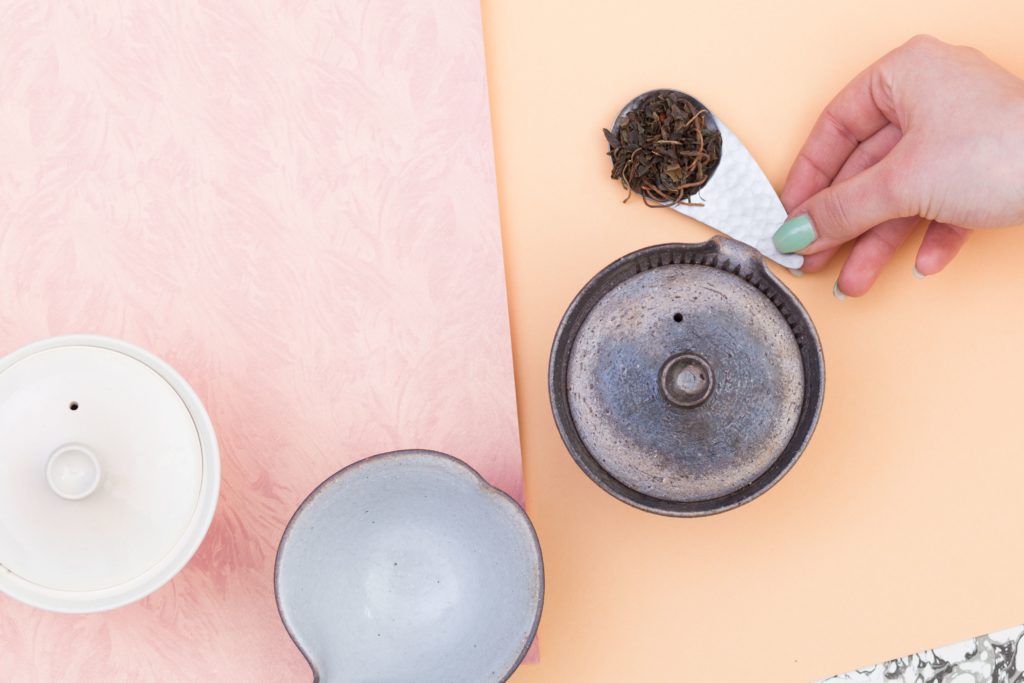 “Specialty tea” can be seen everywhere, either from product labels or on menus. From producers to retailers, they claim that it is the most authentic tea to be consumed. Well, as there is no universal definition for specialty teas yet, different countries have their own standards and views. Most specialty teas recognized by the tea industry can range from hand-processed loose-leaf teas, single origin teas to fair-trad- ed and organic teas.

As it is influenced by specialty coffee and wines, different regions where teas grow and are processed bring distinctive flavors to teas. For example, the black tea from Darjeeling, India has a light floral taste while the black tea from Yunnan, China tastes chocolaty and malty. The single origin tea, on the other hand, strengthens the land where it grows, just like specialty coffee. A related term of a single origin tea is a single estate tea, named after a tea estate or garden rather than a country or region. Pu’er tea, for example, one of the most popular teas in the world, is a specially-fermented variety named after Pu’er City. When you purchase Pu’er tea, if it’s cultivated and produced in a specific tea garden in Pu’er with certain certifications, it is regarded as a single estate tea.

As more teas are introduced to the West, more people in Europe have been in love with teas, dedicating themselves to studying and creating new drinks by using teas innovatively. Unlike countries like Britain and Turkey with a large number of tea consumers and a well-established tea market thanks to their strong tea-drinking traditions, many other western countries now see a booming trend in specialty tea even though it has never been a tradition to drink tea. As soon as they discover the charm in tea, tea becomes irresistible and interesting to them as they explore more in the world of tea. 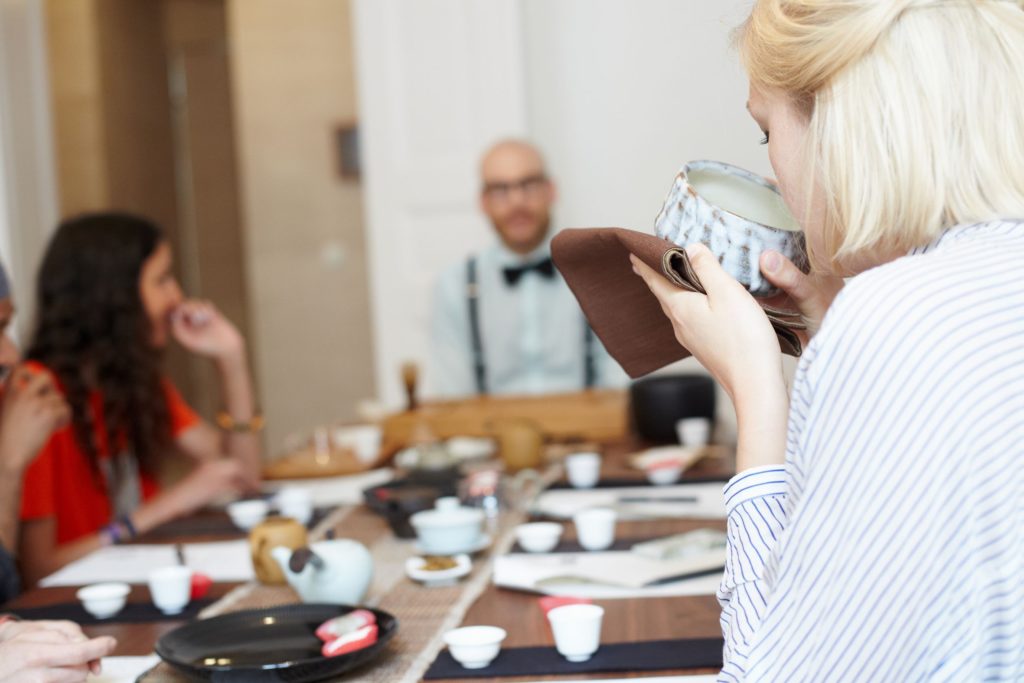 Thrill and Delight of Tea

Berlin-based specialty tea shop Paper and Tea (“P & T”) is truly inspired by the Asian tradition of tea. Founder Jens de Gruyter has been a tea drinker for his entire life. During the course of his professional journeys in Asia, he was impressed by Chinese, Japanese, and Korean tea cultures and encountered many teas he has appreciated since then. This inspired him to open the first P & T concept store in Berlin in 2012. But it wasn’t easy to build a close relationship with customers in Germany who didn’t know about fine tea at all.

As Gruyter explained, “In order to make people show an interest and appreciate something, they have to firstly experience and understand it. And therein lay the biggest challenge: How to present fine tea to a European audience in a way that would thrill and delight?” P & T broke the traditional business model and design style that a tea house would adopt and delicately created a beautiful environment to engage their customers in a contemporary way. With more than 20 assortments of tea leaves directly sourced from tea gardens/estates around the world plus tea acces- sories made by dedicated manufacturers, the entire space is opened up and encourages customers to dive in for a special experience with tea from all senses.

As an extensive experience of tea drinking at P & T, customers can participate in regular tea seminars which they can book. P & T imparts knowledge of tea appreciation and contemporary tea culture during such seminars. “Accessible yet thorough, our seminars are small gatherings hosted in our own seminar space with P & T teas and accessories,” said Gruyter, “Moreover, we also offer regular tea cupping sessions at our stores where customers can just drop by to enjoy and learn about the teas being cupped.” The passion and profession of P & T for Asian tea traditions has not only attracted an increasing number of open-mind- ed Berliners but also much attention from Asia. 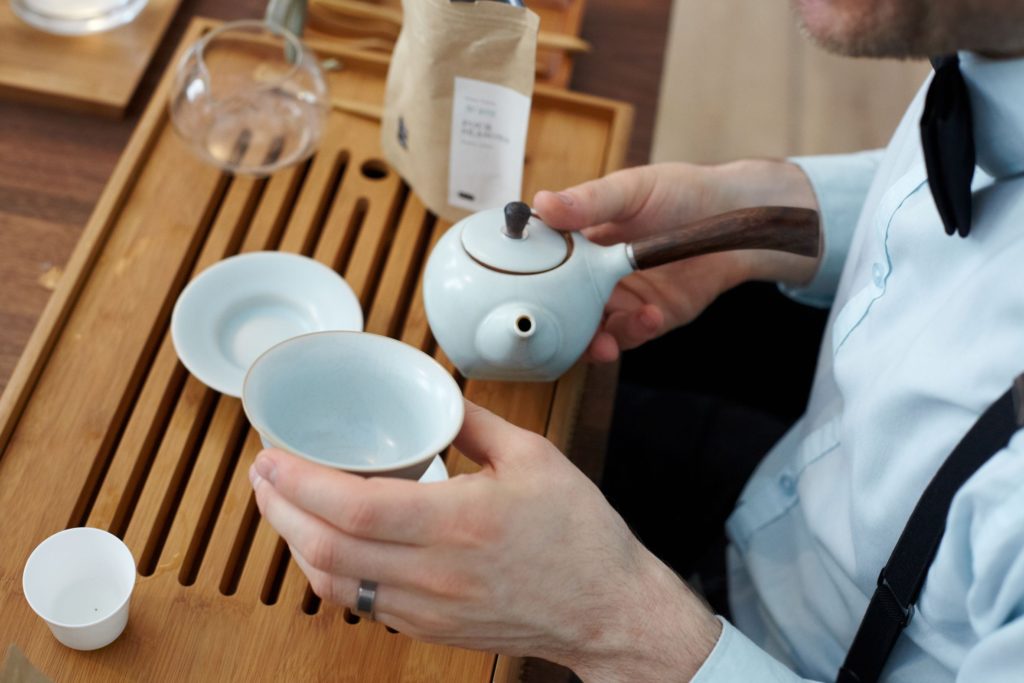 Tea may turn out to be the biggest one of the specialty food revolutions. In addition to a growing consciousness on health, an increasing interest in traditional tea cultures and customs as well as a psychological perception that tea is a way to slow down will also drive the public’s appetite for fine teas.

In other parts of the world, where coffee culture is deeply-rooted, it is exciting to see an elaborate tea house in Mexico City. In Tomás – Casa Editora de Té, everybody is welcomed. With a focus on specialty teas, they not only respect the tradition of tea making, but also are well acquainted with teas. Its Founder and Director Eugenio Larrinaga said, “Tea culture in Mexico is really new. We are a coffee-drinking country. There- fore, there is a lot to talk about with our new costumers. We try to build up the public’s knowledge of tea so that our customers not only get a very good cup of tea, but also know about teas.” It’s a challenge to introduce specialty teas to Mexicans since their dietary habits of spicy food and lots of sweets have ruined their taste buds to some extent. It may be difficult for them to taste subtle notes and flavors of fine teas. Thus, Tomás has been working hard to cater to Mexican’s palates. As Larrinaga introduced, “We have two types of costumers. For those who are more experienced and look for top quality teas, we try to serve them the best teas possible; for those new to specialty teas, we start with the sweeter and fruitier blends.” Pure teas are served hot only; while tea blends can be prepared hot, cold or in a form of the popular frappe.

Customers will find it interesting in Tomas: There are two rooms for experiencing teas, which are designed very differently. Larrinaga said, “We try to adapt to the neighborhood. La Condesa (Room) has a more bohemian vibe and for Prado Norte (Room), we create a more minimal feeling.” In Prado Norte, customers can see every individual tin containing loose-leaf teas which are hand-processed and carefully selected. Furthermore, there is a long wood table of tea cupping, offering nine varieties of blends and scents from seven origins. The six types of Chinese tea (oolong, white, green, yellow, black, and Pu’er tea) are on display, inviting customers to discover the intimacy and flavor in tea. Behind a curved wall is La Condesa. Its sitting area uses a wide range of materials such as ceramics, wood, leather and paintings as well as illustrated tea preparation. Such a design greatly enhances the experience of tea drinking, which is relaxing and peaceful. Mean- while, the tea aroma fills the whole space, leaving customers a moment to cherish a decent cuppa.

It is not easy to promote the single origin tea market in Mexico, as Larrinaga shares. Showing different ways of tea preparations is not attractive enough to new customers. At the same time, they need to educate customers to realize and understand all the benefits specialty teas can bring.

As specialty teas have earned more attention, we also see many specialty coffee shops start to serve specialty teas. Bocca, for example, is one of the best coffee houses in Amsterdam. It has already established a reputation among coffee lovers world- wide as well as among premium wholesale clients. As much as Bocca cares about coffee, the shop believes tea is a great drink for customers to enjoy and explore alongside specialty coffee. Therefore, Bocca launched its own tea brand April Tea focusing on real leaf and natural tea. Currently, they are offering six types of artisanal tea available both in their flagship store and online. Tea workshops are also provided for people who are interested in the world of teas.

San Francisco-based coffee giant Equator Coffee has added a new product line of specialty tea, including both sachet and loose leaf teas made with orthodox production methods. For example, customers have chances to enjoy Tieguanyin (a premium variety of Chinese oolong tea) produced in the Anxi region, Fujian Province, and Darjeeling tea from Goomtee Estate in India, which grows at an altitude of 4,500 feet.

In the world of teas, there is so much to explore, taste and experience. It’s always exciting to see more people from different regions across the globe getting interested in teas. It’s not only about the aromas and flavors of a wide range of teas but also about the tea culture behind. No matter whether you are a teaholic, maybe it’s time to enjoy a great cuppa of your choice!

[1] According to a market research report by Technavio Research, tea was the second most consumed liquid after packaged water globally in 2017. 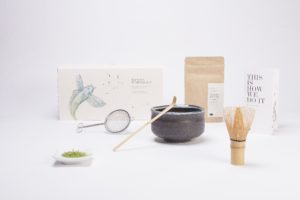 P & T is a specialty tea company founded in Berlin with a focus on whole-leaf, hand-processed teas derived from environmentally sustainable production methods, interpreting and promoting the role of fine tea for a creative and fulfilling modern lifestyle.

Thomas Sullivan was a merchant based in New York in the 1900s, who invented the first tea bag in silk sachets. 100 years later, a specialty tea house from Mexico paid homage to Thomas Sullivan, and named itself Tomás – Casa Editora de Té.