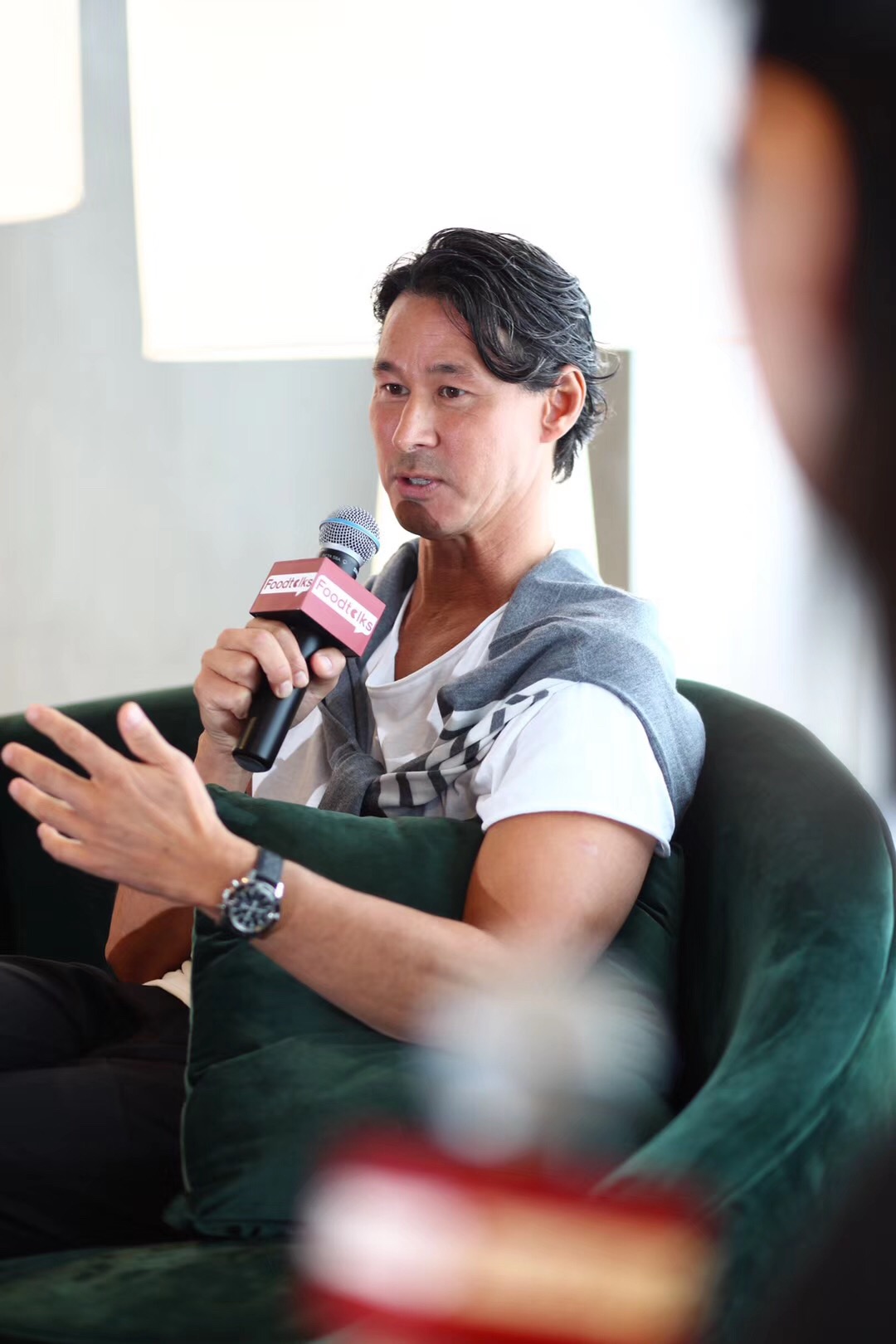 Oat milk, along with other plant-based milk products, has become a huge trend worldwide. It is not only about the choice of daily drinks, switching from dairy milk to plant-based, but also an attitude to the planet, which reflects one’s determination to make a change from even small things.

“Oat grows everywhere in the world. It has all nutrients that you need, right fats, proteins, carbs, and fibers that lower your cholesterol level,” explained Toni Petersson, CEO of Swedish company OATLY. As the only company that has focused on liquid oat milk for over 25 years worldwide, the brand now is available across three continents with international presence in more than 20 key markets. “People around the world are familiar with barista edition products that we are known for,” introduced Petersson, “It’s a global strategy that we have launched everywhere, which have been very successful.” According to OATLY, if people choose oat milk instead of cow’s milk, they will reduce carbon footprint by 80%. This sounds crazy but when you take a closer look at how the food production works, you may get a better idea.

Established in the 1990s, OATLY used to be a traditional food company, which you could tell from its old-school product packaging at that time. When Petersson joined the company in 2012, he wanted to make a difference. “I made one book and four films because I needed to present to my organization and the board that we were going on a journey that would be bumpy and shaky,” he confessed. Petersson tried to keep his team understanding the journey along the way as well as to see who would like to stay and make this journey with him. “When I told them the crazy stuff, I wanted to see who would remain. The thing was that nobody wanted to leave.” 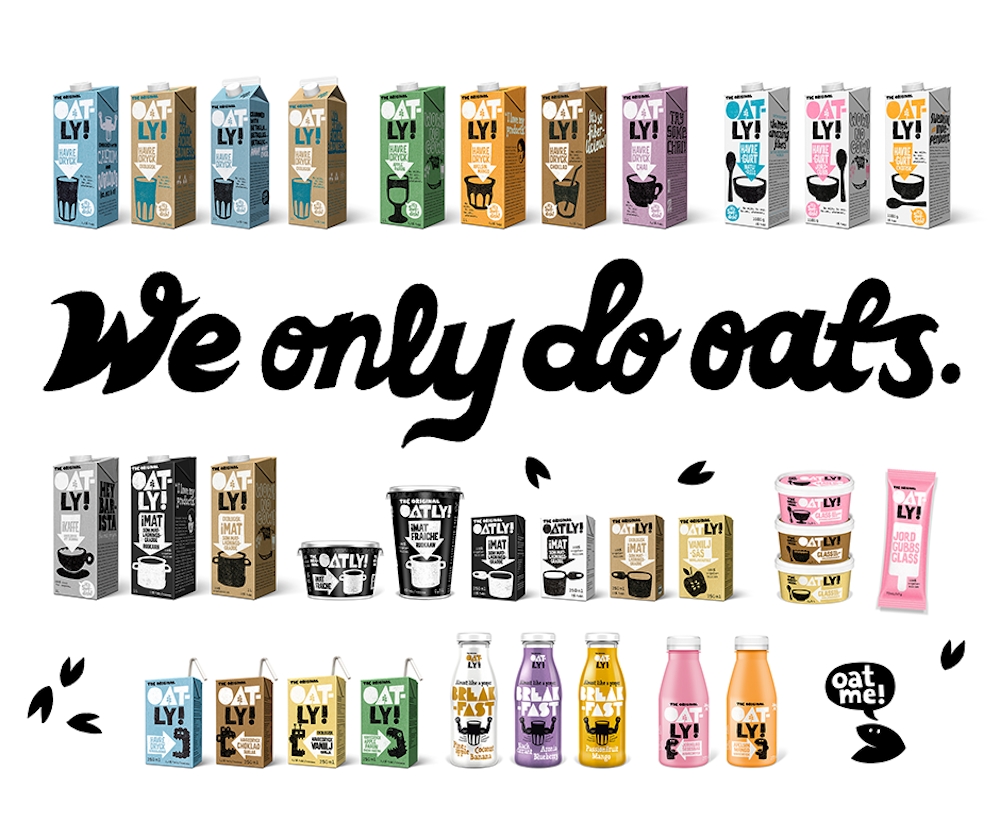 When OATLY makes its way from a food company into a lifestyle company, from an industrial sensitive company into a consumer experience oriented company, the most visible change is the packaging. “The success is that how much attention you have put into details,” Petersson revealed, “Everything we do is hand-drawn.” The hand-written style words, phrases, and slogans on its packaging or outdoor campaigns attract much public attention as well as make it become a personal touch. For example, a secret message hidden inside its yogurt sleeve as a promotional strategy, either a message of looking for a boy friend from Jennie, project manager from OATLY or a call for all DIY talents to take part in an online jewelry “competition” using its packaging. 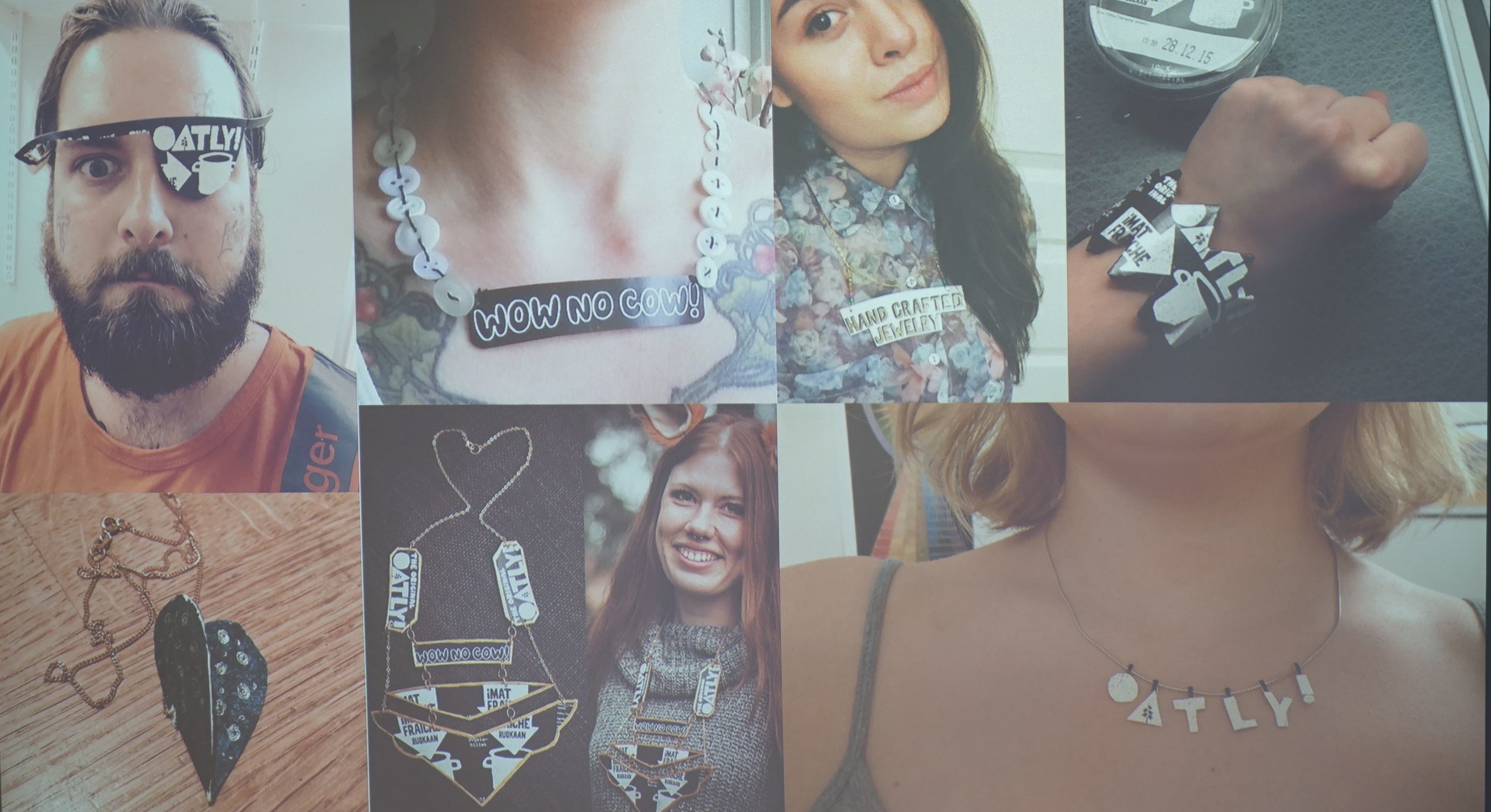 It’s all about a personal contact that can directly connect its targeted audience. “To become a statement of personal choice, the brand you ‘hang out’ with is really important.” Petersson said, “That’s the change we drive and that we tap into.” The change here is about how OATLY gets to hang out with its targeted consumers: the young people. The company targets metropolitan or urban people, who are young, and well educated. They are looking for sustainability and willing to make a change. “They are mainly young women… It should be upgrading your life, not about sacrificing something,” shared Petersson. So OATLY shows up in music festivals in different countries and other occasions that young people love to get together, creating opportunities to expose itself in front of consumers. “We need to connect directly with the consumers. We need to own the relationships with the consumers. That is what does matter for us. Power of retail,” he concluded.

Meanwhile, to OATLY, it also matters a lot what messages to deliver to the public as a company.  “We speak about ourselves and things that we believe in. Who you are as a company is what people are interested in,” he stressed. 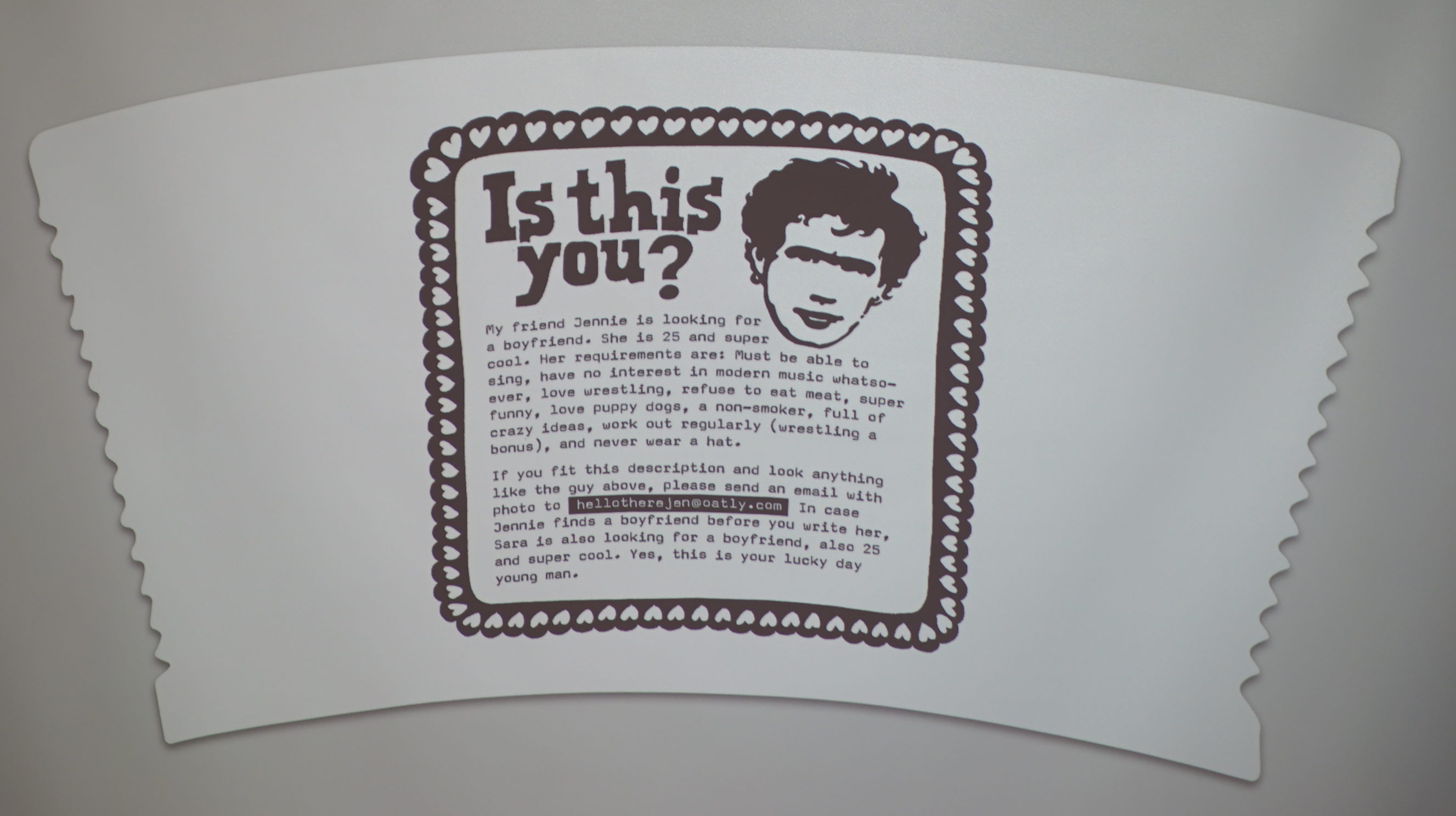 According to Petersson, OATLY’s exploration has gone beyond expectation in New York. “It was far beyond that we thought that was possible, way bigger and way faster. In the US, we are running out of supply.”

It’s true. The trend is also taking over China, where most people used to have a different assumption regarding oat milk. “In the Chinese market, if we launched here where people would possibly think it is a drink mixed with oats and dairy or something else. It is important for us to explain it,” said Petersson. So they started to work with specialty coffee shops and retailers to increase its awareness on the local market. And the strategy has worked so well.

“The concept is not different. Only the culture is different,” Petersson said. “To reach young people is only to find where they are. People are united all around the world. And the concept is sustainability. But how do we get relevant to the young Chinese people? That’s the big question for us.” Then, OATLY started its partnership with Chinese popular tea-drink brand, HEYTEA. “Like bubble tea is one thing. Social media or digital is another to access young people. We will focus on the content of messaging and content of what we are as a company. Then, we will find the channels with our team,” shared Petersson. Now, OATLY expects the Chinese market to be its biggest one in the next four to five years. 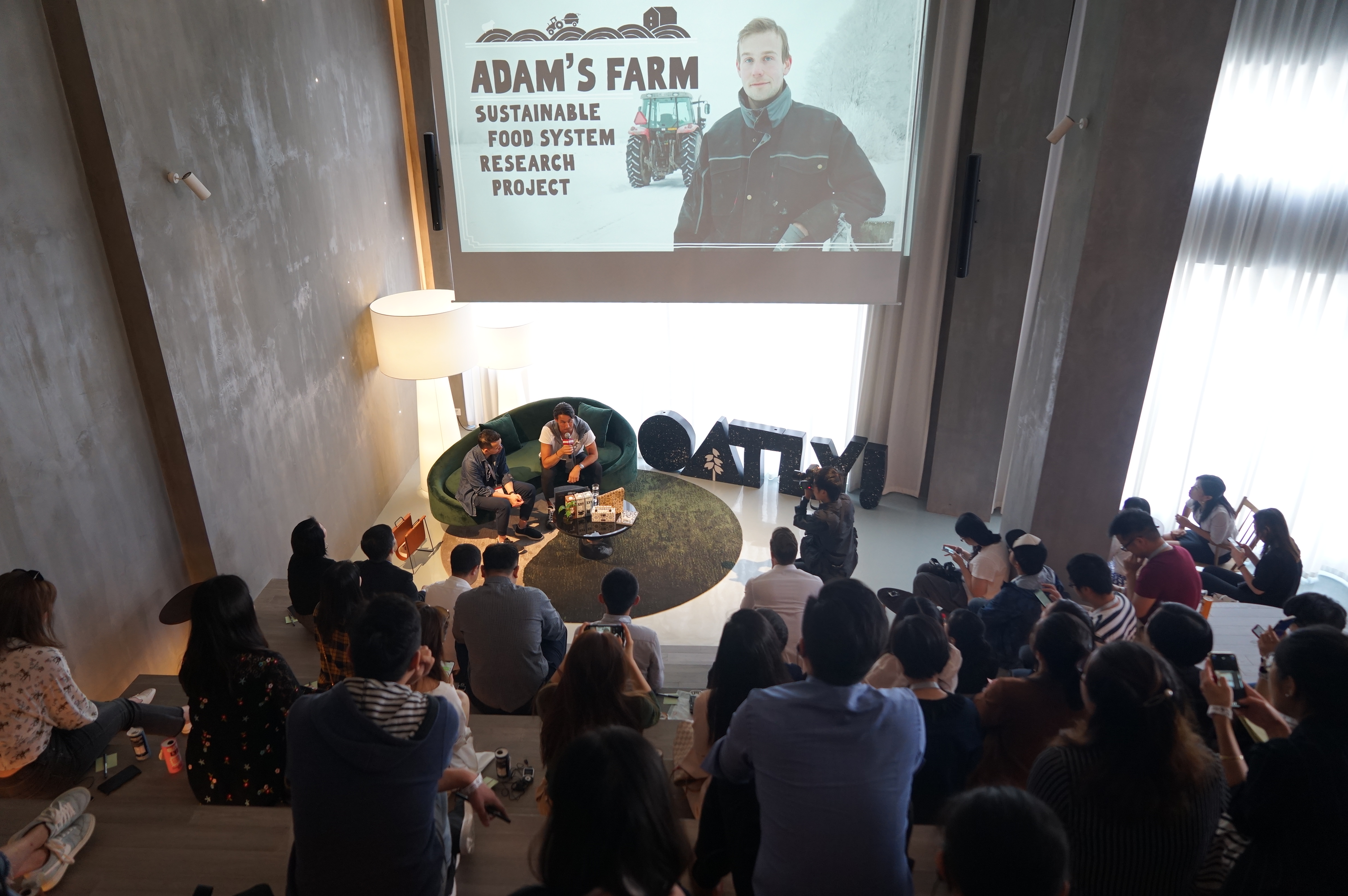 Many of us may have no idea of what impact the production of cow’s milk and plant-based milk can have on the earth respectively. To OATLY, the ambition is not about selling oat milk but much bigger than that. “The whole idea is to get people to make changes on small things. That’s how we make big changes,” Petersson suggested. He believes that people should all stand up to take action. “This is the fact. This is science-based. If we don’t make the changes, we won’t reduce global warming. And young people understand that they can make individual choices to impact that. Everything from how you eat, how you travel, how you consume… “ As a company, OATLY wishes it is not judged by the pretty words it says but by things it does. “If you try to do the right things, you need to prove every plan that you make.” 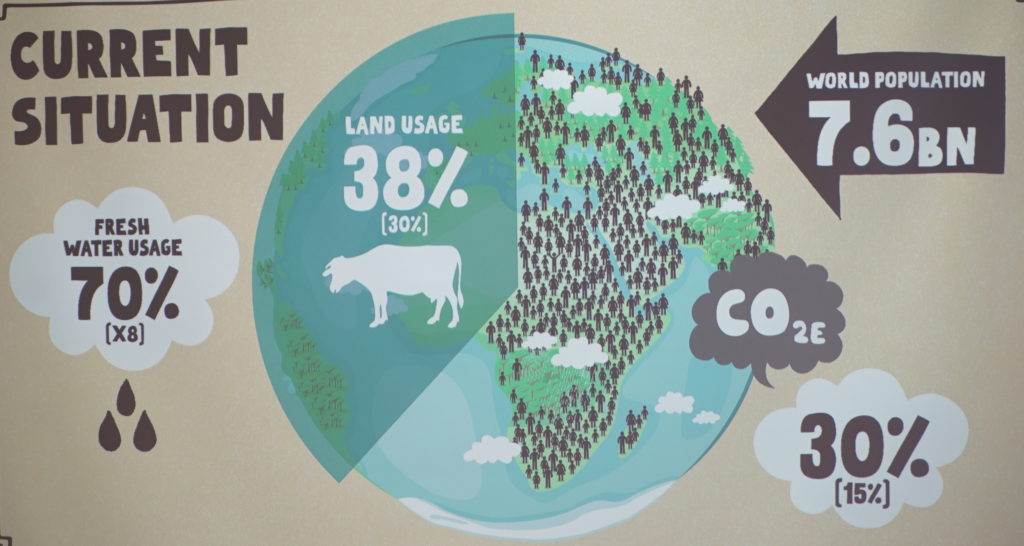 By working with local farms, OATLY steps up its paces to lead to a sustainable future. The one-year program with a local farmer shows that small changes can result in reduction of impact on the environment by half while the farm makes even more profit. Changes happen not only in the consumer end but from the farming start.

Now you can also read OATLY’s sustainability report of 2018 on its website. 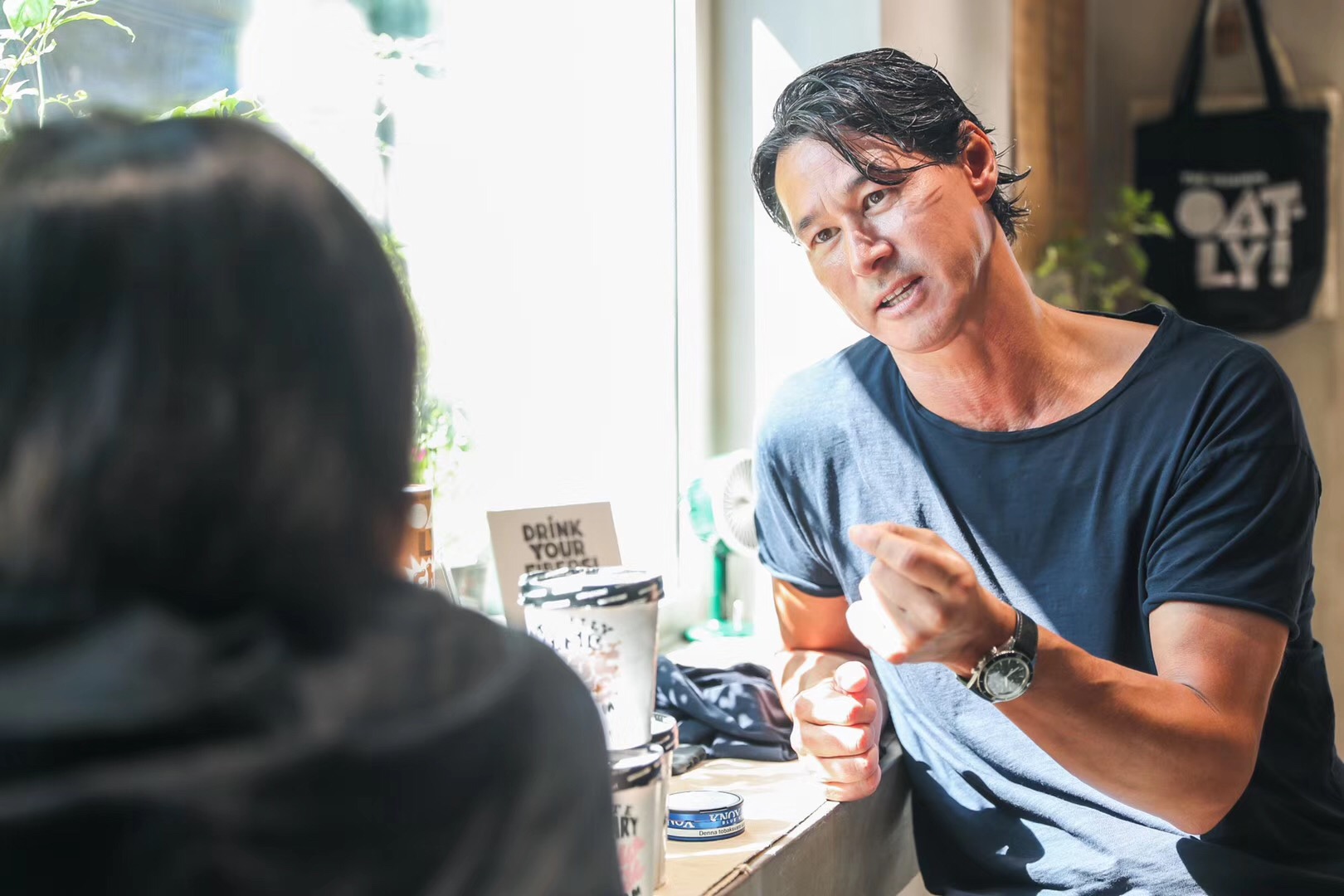 By building a healthy consumer community, OATLY also contributes to building a well-connected barista society. Its HEY Barista initiative, which features a dedicated IG page and more localized events across the globe, has attracted more baristas to participate in and show their true self. “It’s really about is respecting the people working in cafes,” Petersson said, “It’s about creating and strengthening the relationship that we have with them.”

On the other hand, OATLY is going to print the number of carbon footprint on the cartons so that the consumer can make educated choices. 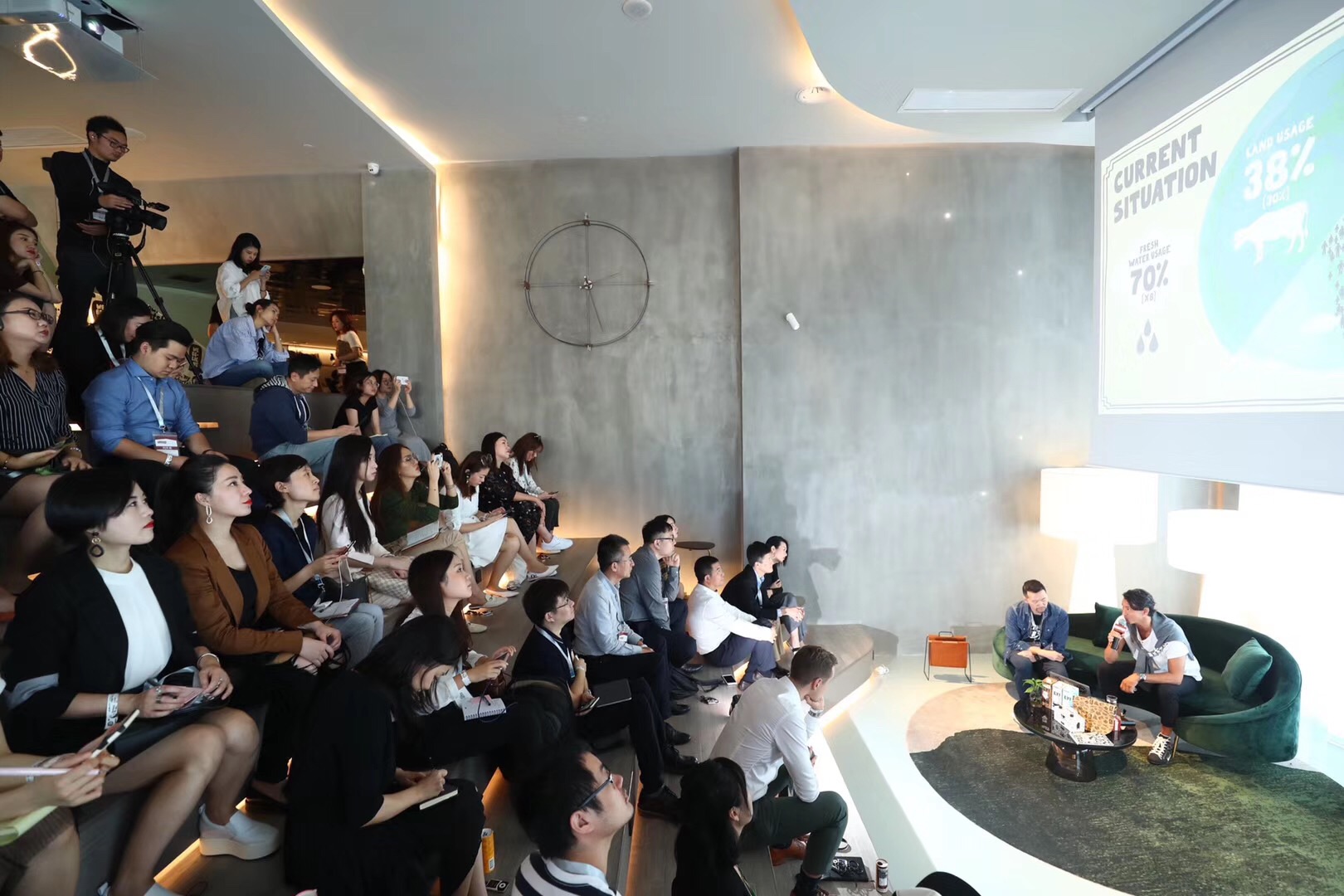 The trend of plant-based milk and food is not only about an alternative but an appeal. Such milk and food aims to make it easy for people to change a lifestyle, to be more sustainable in life. “If I can just take a breath in, inhale all the carbon in the world.” This is Petersson’s answer to a question of what superpower he would like to have.

According to OATLY, a factory will be built in Singapore and ready to launch in the Q4, 2020 to serve its Asian and Australian markets. And we will surely continue to see more companies like OATLY to contribute to the promotion and development of sustainability in future. 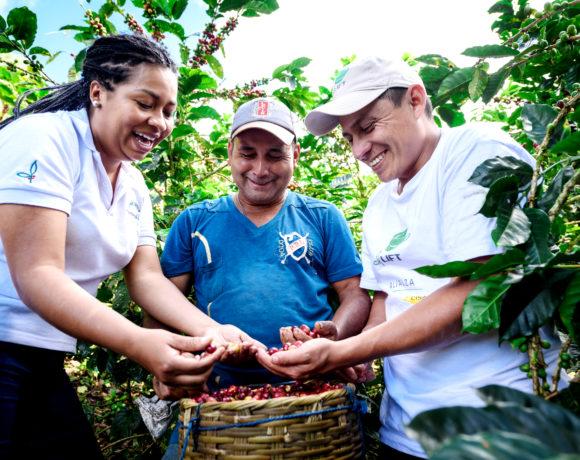 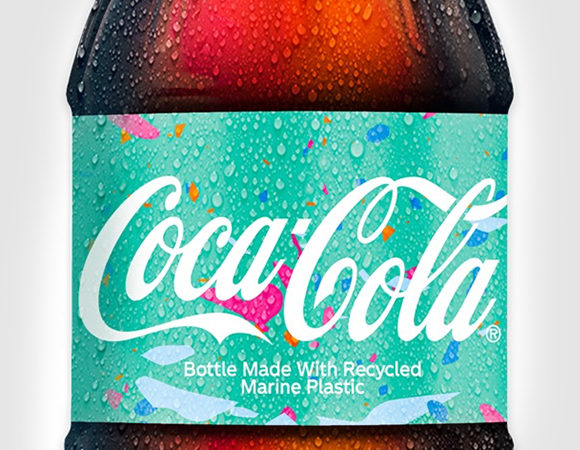