I Gut A Feeling

A revolution is taking place when the coffee world is run by a second or third generation of coffee farmers, who are equipped with a diversity of knowledge and advanced technologies and skills acquired from higher education. While the education background matters a lot, the mindset and drive behind their start-ups may show us more about their true understandings about the coffee world at origin.

Direct from Origin to Marketplace

Four friends from EAFIT University in Medellin, Colombia founded Amativo in 2015, a company working directly both at origin and in the marketplaces of China and South Korea. “As a producer, it had always been my dream to export and bring the coffee that my family, neighbors, and other communities produce to roasters directly,” explained Mateo Jiménez, who is now China Director of Amativo. “One of the co-founders Mark Kang is from South Korea and I have been living in China since 2012,” Jiménez said. It also became the reason why Amativo set up direct operations in South Korea and China.

In Coffee, We Never End Studying  Some 100 years ago, Jiménez’s grandfather started to grow coffee. “I grew up surrounded by coffee trees; they are the ones that teach you,” Jiménez recalled. “It’s about listening carefully to what they are telling us from planting, harvesting, processing to the cup.” To him, working in the coffee industry is a destiny.

As the third generation of coffee farmers, Jiménez believes that “Academic studies have helped me understand the system we live in, but we decide how to play the game”. The top notch knowledge of advanced technology and deep-rooted knowledge of coffee production works very well for him. “They allow me to understand the market and how to connect it with the origin.” Once a time, he was advised to go into commodity trading to make more money. “I have the knowledge and physical coffee to support the financial operations and network if we did commodity,” he said, “But I don’t do it. It’s not what I love.”

In Colombia, the Amativo team work on the production, sourcing, research and development, quality control, packaging, and so on. If you count the steps from Seed to Cup, planting, harvesting, processing, drying, milling, and exporting all take place at origin. In a bid to bring small producers out of the traditional C price system, Jiménez told us that they established five main social programs[1] to share new processing and growing techniques for a higher quality in coffee.

The Young Generation  A big movement of young coffee growers in Colombia has impressed Jiménez a lot. “Some are really going for it, setting up their own coffee shops, and going further with their family businesses,” he shared. They study each step of coffee production from cupping to roasting at the National Learning Service of Colombia (SENA), a government-backed educational institute, in a bid to improve their farms and produce amazing micro-lot coffees. Also, great emphasis has been put on a sustainable approach to fight against a series of situations caused by climate change. “We partner with Contreebute, a project to re-grow wax palms (Colombia’s endangered national tree), and trees using part of our profit,” Jiménez said. According to Jiménez, the wax palms grow around the region of Salento, a place best known for its beauty of the natural and coffee landscape. In 2018, Amativo planted a total of 800 wax palms and the number is still increasing.

On the other hand, Amativo has built its own distribution centers and warehouses in China and South Korea, “It allows us to bring personalized or customized coffee to roasters directly,” Jiménez explained. Such operations can help coffee farmers to connect directly with end consumers from different markets around the world, making it possible to receive instant feedback and real demand for the coffee.

Jiménez told us that different kinds of support from both non-governmental organizations (NGOs) and private sectors have also reached Colombian coffee farmers as a means to “bring opportunities and make coffee production a way of living for farmers to get out of poverty”.

Do the Right Thing  Like many coffee producers, Jiménez realized that he wasn’t able to make a living out of coffee farming. The climate change and low price of coffee are the challenges facing Jiménez and his team. “The traditional coffee farming in Colombia was not sustainable,” he said. “Every year, the lower altitude farms get more affected, and the people are looking for higher altitude with cooler weather.” It’s a worry shared by many coffee farmers: One day there won’t be higher mountains to plant coffee any more.

At Amativo, they work hard to help producers reach a profitable future, with no ups and downs in coffee prices and of course, farming with conscious environmental practices too. “In the last decade, coffee culture in Colombia has changed tremendously,” Jiménez shared. “The pop up of specialty cafes and roasters at the main national and international cities, the quality of coffee that humans have been drinking has improved a lot.”

Most farmers working with Amativo understand that “the only way for them to be sustainable is to produce better coffee and partner directly with roasters.” Thus, in Amativo, money is not meant for marketing and branding campaigns. “The team itself and the coffee itself have been the best ‘voice’ that works for us,” said Jiménez. “We like to work with really passionate roasters who want to have a deep connection with origin.”

Besides the participation of coffee exhibitions and events such as Cafe Show in the following months, Amativo also part- nered with local specialty coffee shops to promote coffee from Colombia. “Last month, we had the producer Andres from La Riviera farm coming to Shanghai. We had an event talking about coffee processing and fermentation at GABEE.”

During the interview, we got to know that cacao has become another crop next to coffee in Amativo. “My family got a new farm. The altitudes of the farm range from around 200 masl to around 2,000 masl,” Jiménez said, “We knew that 1,300 masl up, we could plant coffee.” For the lower lands, Jiménez and his team chose to grow cacao. “It’s the perfect conditions for it. The logistics are very similar to coffee, and we want to diversify our crops and we love chocolate.” Interestingly, Amativo has collaborated with a specialty chocolate shop in South Korea, providing specialty cacao as well as nibs and raw beans directly from origin.

Being part of the origin programs, Amativo Origin Trip will be organized around next February, focusing on helping roasters and coffee people to meet their producers, learn about processing, and build stronger relationships too. 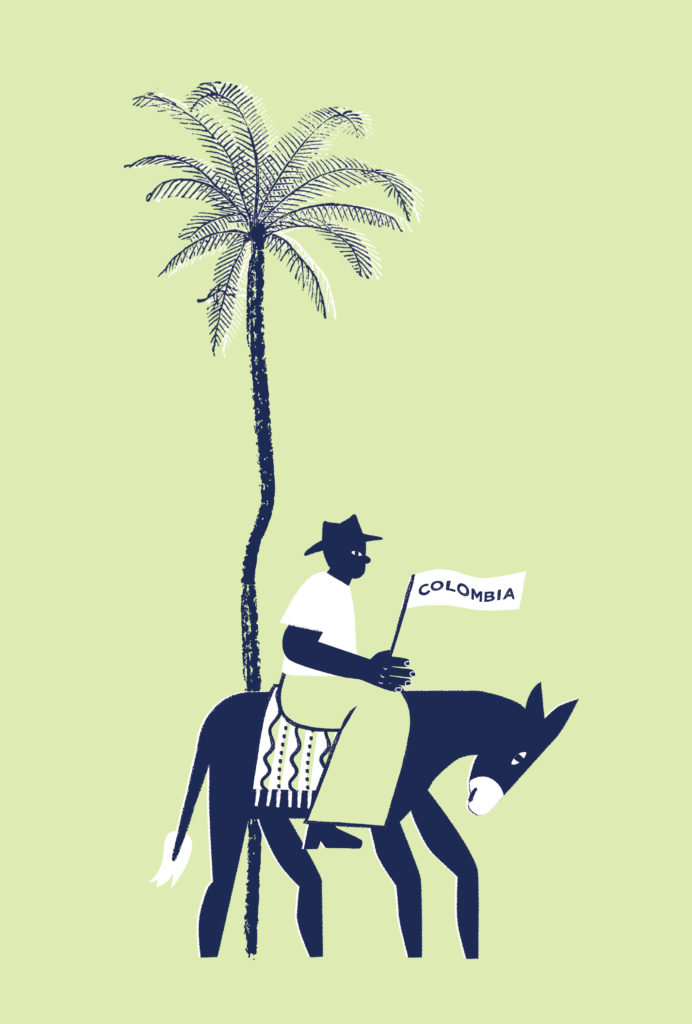 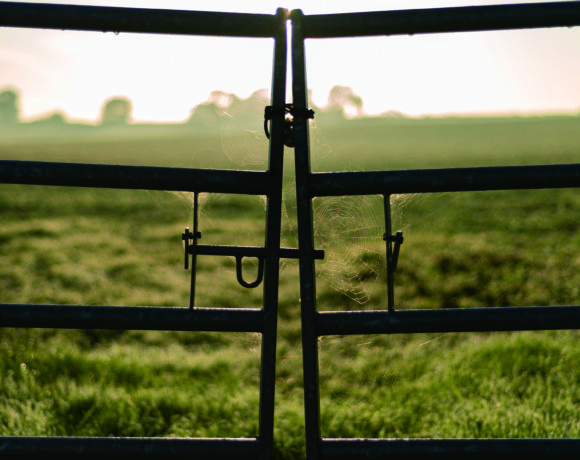 Frost Hits Brazilian Crops, Extent of Damage Not Yet Known 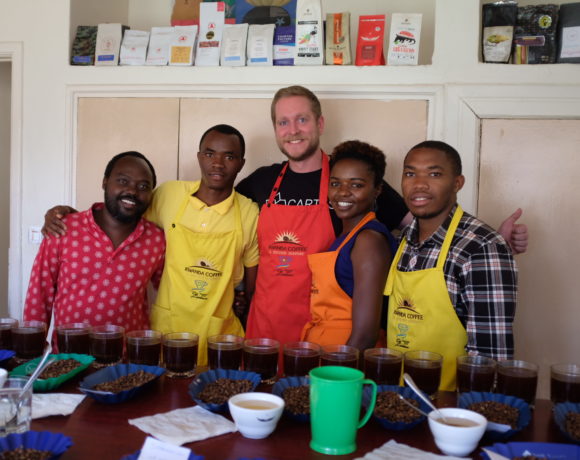 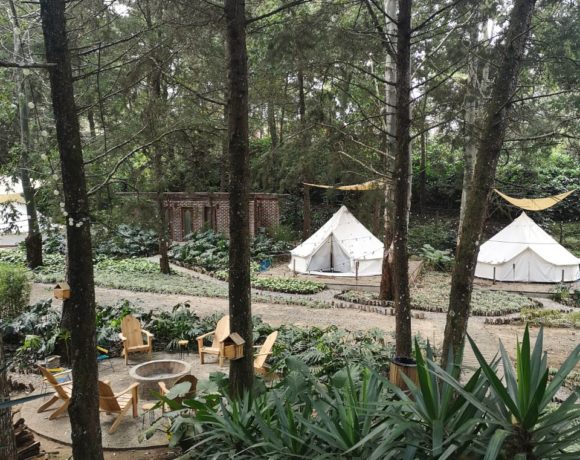 Coffee Awakening: Change as the only constant