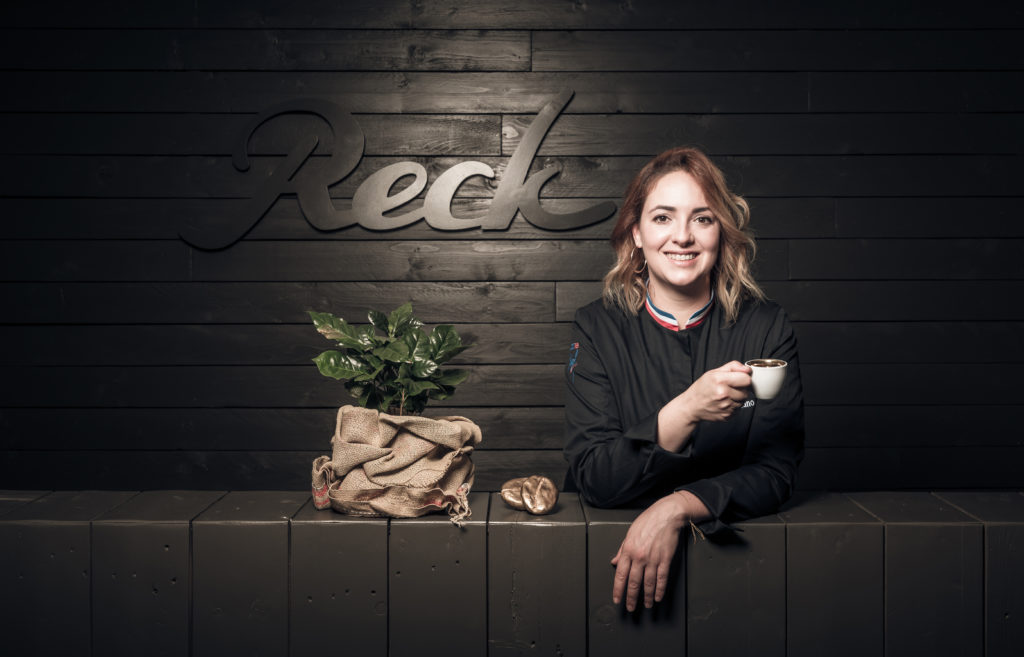 Since 1924, the title of Undes Meilleurs Ouvriers de France, or MOF in short, has been awarded to excellent craft professionals. And this year, for the first time in about a century, coffee roasters were honored as a new competition category, alongside chefs, confectioners and other various crafts.

As the award winner, Daniela Capuano, a 36-year-old female coffee roaster from Brazil, was thrilled about the glory. “It is a real recognition for the roasters to be part of the métiers (professionals) in MOF competition,” she said, “I know how much this award means to the French people.” She is definitely right, since Emmanuel Macron was also present to celebrate the honorable moment with the MOFs[1].

From her perspective, the competition is more of a “fun and challenging test”, as there is no ranking. “You either gain the title or not,” she said. During the competition, her knowledge was fully examined. She was asked several questions about the history and culture of coffee. She also had tests in tasting, roasting, and recognizing green coffee. The completeness and competitiveness proved that the competition could truly “value the work of crafts professionals”. From A Barista to A Roaster

As a 15-year veteran in the coffee industry, Capuano started her career as a barista in Brazil. Although born in a family of coffee producers, her original plan for her life did not involve coffee at all. “I was studying Art and Graphic design in college,” she recalled, “And meanwhile I found a part-time job as a barista in a cafe.” While having some setbacks in finding an internship as a designer, she had no trouble winning her first barista championship. In fact, that was the first time she found the job “nice and interesting”. “After that, I was asked to work in events, give trainings and do consulting,” she said, “Since I did not find anything interesting in the design field, I stuck to coffee.”

Around the same time, Capuano made her first contact with coffee roasting by trying out a Probatino 1kg roaster. While she kept honing her roasting skills in a coffee shop in Belo Horizonte, her hometown in Brazil, Capuano gradually became obsessed with the process. “I felt excited to witness the smells and all the changes during the process,” she explained, “And the power that a roaster possessed to fully bring up the best qualities of coffee, it’s really cool.” She even compared coffee roasting to alchemy, which motivated her to extend this little experiment into a full-blown career, as she is still working as a coffee roaster in Café Reck in France.

Certainly, challenges are unavoidable in this profession. From her view, the biggest challenge is “not following the latest fashion in the market”, which concerned her a lot. “Just being true to your taste and coffee, keeping up the quality standard of the product is already a big challenge,” she admitted. In her language, a good coffee roaster means “someone who knows and respects his/her green coffee, machine and clients”. According to Capuano, what distinguishes a coffee roaster is his/her knowledge about the coffee and customers. “What matters is how you bring out the characteristic of the bean into the cup,” she shared, “Also, you have to respect the taste culture of your customers because that would determine their choices of coffee.” 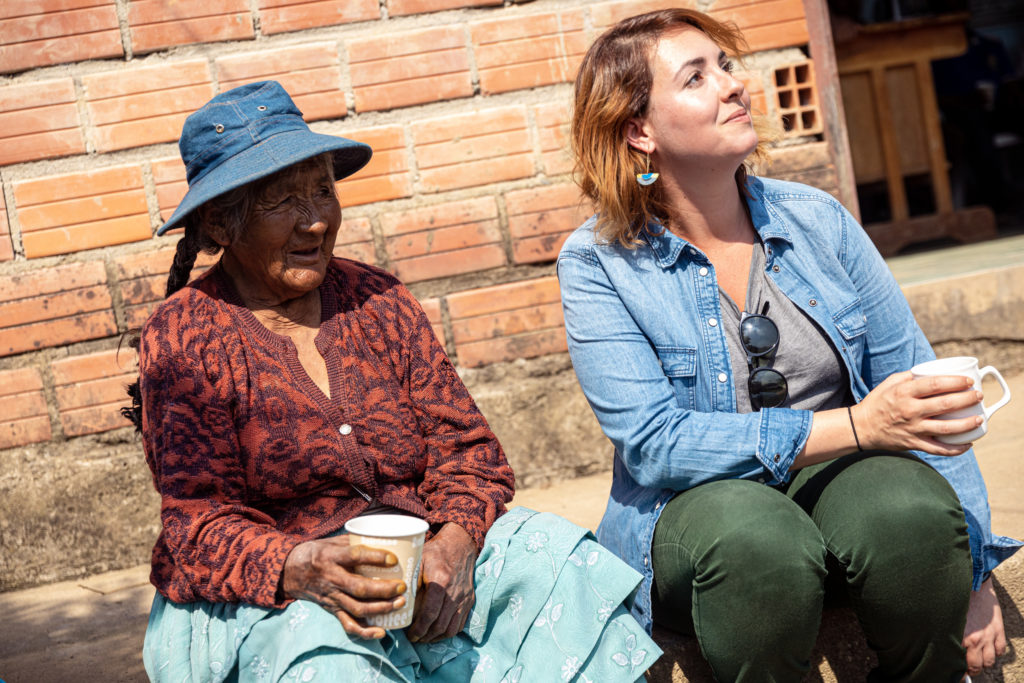 After a year of promoting Brazilian coffee for BSCA (Brazilian Specialty Coffee Association) in Europe, Capuano decided to settle down in Paris in 2012, where the specialty coffee culture was just starting off. “I knew that the market was just ready to develop and they were looking for people with some knowledge in specialty coffee,” she said. The market was, however, not as flourishing as it is these days, even avant-gardes like La Caféothèque, Costume and Lomi Café had just opened. Regarding it as an important part of her career path, she began roasting coffee at L’abre a Café, which used to be a roastery for professionals only. “But you could feel that things were warming up,” she insisted.

Just as anticipated, in the following five years a drastic growth was witnessed in the special coffee market. “The coffee shops started to flourish and the coffee scene got really big and bold,” Capuano told CTI. Nowadays, beyond Paris, where people have ample options of good specialty coffee, other French cities such as Bordeaux, Lille, and Strasbourg are also expecting more quality coffee shops and roasters. This specialty coffee boom matches what Capuano concluded, “I think it is safe to say that the culture of coffee in France has really changed for good.”

Growing up in a family-owned coffee farm in Brazil, the largest coffee producing country in the world, Capuano is pretty familiar with the strength of Brazilian coffee: A unique taste and attractive prices, compared to other origins. Besides, farmers in Brazil have also developed new abilities for specific demands from clients. “We are also good in producing personalized on-demand lots, apart from coffee of excellent and solid quality,” she introduced proudly. As a coffee roaster and moreover, a Brazilian, Capuano hoped that both the producers and roasters could keep improving Brazilian coffee products, striving for a bigger market share in France. “We could do better regarding organic coffee,” she suggested. Fortunately, the current best sellers in her store, Café Reck, are all using Brazilian beans. It’s undeniable that male roasters are currently out-numbering female roasters, which makes Capuano concerned about the gender bias inside and outside the coffee industry. “For many historic reasons in our society, males are always having more opportunities in jobs,” she said. “For lots of people, there is such a thing called a ‘man’s job’.” However, it seems that these assumptions are restricting women’s job choices. Since certain jobs rarely involved female workers at the beginning, their equipment was not well adapted for females in terms of ergonomics, hence causing a vicious circle, leaving women in a disadvantaged position.

Therefore, Capuano sincerely called for more women participating in coffee roasting. “As we have more women roasting, people will be adapting or building machines which are more suitable for us,” she said. In this way, the business would become more equal to professionals, regardless of their gender. Meanwhile, Capuano also understood that equality is not earned by words, but through skills, which could be perfected in everyday practice. “I believe whatever happened in the past could encourage me to grow as a person and as a professional,” she shared. 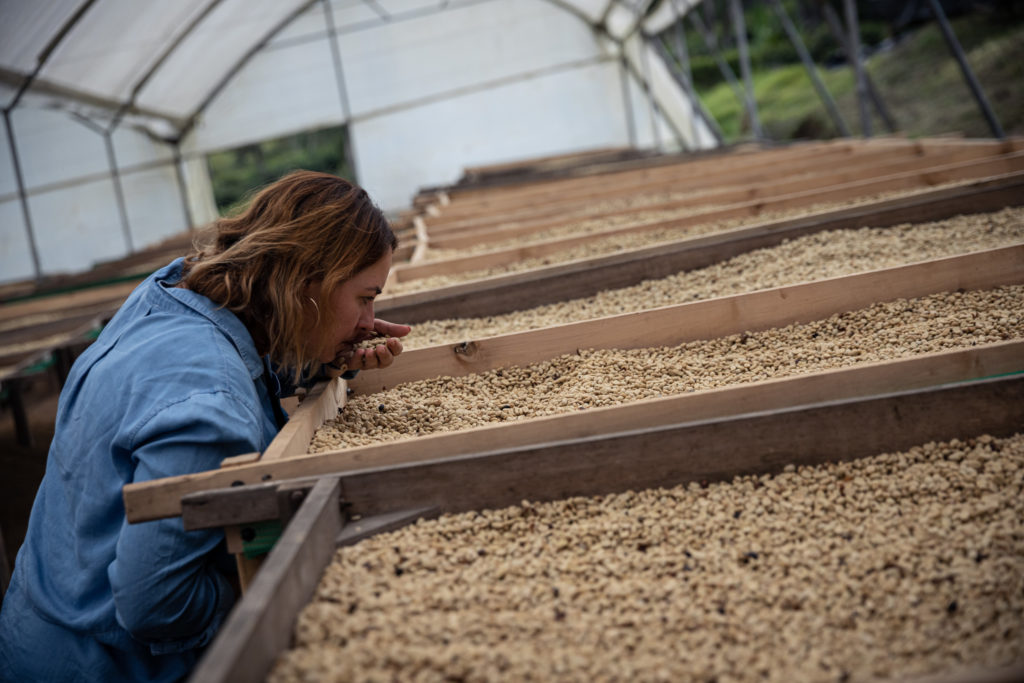 Having received the MOF honor, she’s definitely not planning for an early retirement. “It is a big responsibility to own this title,” she told us, “Now I would put even more emphasis on my work, making sure it deserves the highest standard of French Excellence.”

To do so, she planned to devote more time and energy into promoting specialty coffee among other professionals who are also interested. Furthermore, she decided to visit some coffee farms in origin countries apart from Brazil. Last September, she visited Peru, Bolivia and Ecuador for the first time. She shared, “And next year I’m going to Ethiopia.” She will have a lot to share after the trips, and that’s for sure.

[1] It is a tradition in France that the President is named MOF as an honorary title for reaching the highest level of his profession. 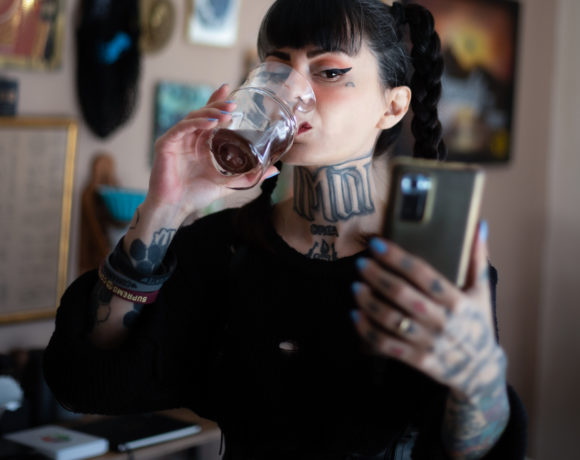