Old Teahouse in the City—A Gaze at City Life and M...

Welcome to The Paradise: Bali ..

The fast pace of modern life has given birth to milk tea, which values portability, but we can still see the emphasis on “lifestyle” in many of the new-style tea drinks, and their attempts to shape a life philosophy of “snatching a little leisure from a busy life” for the urban people with their branding and design concepts. However, it’s often not the fast-paced consumption of drinks that really becomes a lifestyle and influences people, but the tea drinking habits that have a cultural heritage.

Jing Yang Fuzhuan Brick Tea and Jin Hua Fu Tea were brought back to the attention of the public by the TV series “Nothing Gold Can Stay” starring Sun Li. Tea stalls set up in the park with bamboo tables and chairs in Sichuan and Chongqing are selling local Baba Tea and bowl-shaped Tuo tea. Hainan Laoba tea has been passed down for centuries. There is a type of sour tea fermented by traditional methods in Deang, Yunnan.

These teas, preserving traditional culture, start to be in tune with modernity from the moment young generations walk into teahouses. With their unique flavor of life at the city’s outskirts, teahouses have become a universal image for the colorful local culture and life of the residents. Fresh Party in the Teahouse

A few years ago, we used to see editorials saying that tea was for old people and coffee was for young people. However, when the new-style tea drinks in the form of milk tea has become so popular like a wave weeping across China and Chinese around the world, they have shifted gears and defined traditional tea as an antique discarded by young people.

However, as social development accelerates and various “rich people’s diseases” are generated, the issue of health is brought up and valued by mainstream consumers. “Goji soaked in thermos”, a joke once used to tease the middle-aged, eventually can characterize millennials as they have grown up and entered the workforce.

The 2019 “Spring Tea Consumption Statistics” released by Taobao, one of the world’s largest e-commerce platforms, shows that 54% of spring tea consumers on the platform are people born after 1985, and young people are gradually replacing the elderly as the main consumer group of traditional tea.

In our daily lives, we can also find many modern teahouses in the city, offering high-end branding based on traditional Chinese tea ceremony culture, or providing photo-worthy venues with stunning scenes that rival those in movies and television. But they were never as busy as the traditional teahouses that have stood on the streets since our childhood.

The Rebirth of the Teahouse

At the southeast end of Chongqing’s Jiulongpo district lies the Jiaotong Teahouse that opened in 1987. The two-story wooden building is the only teahouse in the city that retains the style of the 1970s and 1980s. Its mottled brick walls speak of its age. Originally a cafeteria and bathhouse for the Huangjueping Transportation and Handling Company, the building has been transformed from a living space for families, thus making the surrounding residents feel more intimate.

The old teahouse in Pengzhen, Shuangliu County, Chengdu, which has a longer history than the Jiaotong Teahouse, was built on the former site of the Goddess of Mercy Pavilion at the end of the Qing Dynasty. It is located along the banks of the Yangliu River in Pengzhen, with its legendary stories of the old house which survived the fire more than a hundred years ago and all the worship and love from generations of local residents. Since the new century, Pengzhen old teahouse has not been much renovated, maintaining the architectural style of traditional western Sichuan dwellings.

The former still greets the guests with its four-leaf fans and stools, while the latter has welcomed and saw off generations of tea drinkers by the light of the sun and moon spilling from the rooftop patio. They used to be like a hideaway from modern life, with only regular customers and the passing years coming through the door every day. With their appearance in movies and TV shows and the spread of information on the Internet, they are beginning to have new customers who stop by and travelers who come from afar. The film “Crazy Stone” chose the Jiaotong Teahouse as one of their shooting sites. Pengzhen old teahouse has also become an increasingly popular place for young people to take pictures, thanks to the photos taken by a couple of photographers. 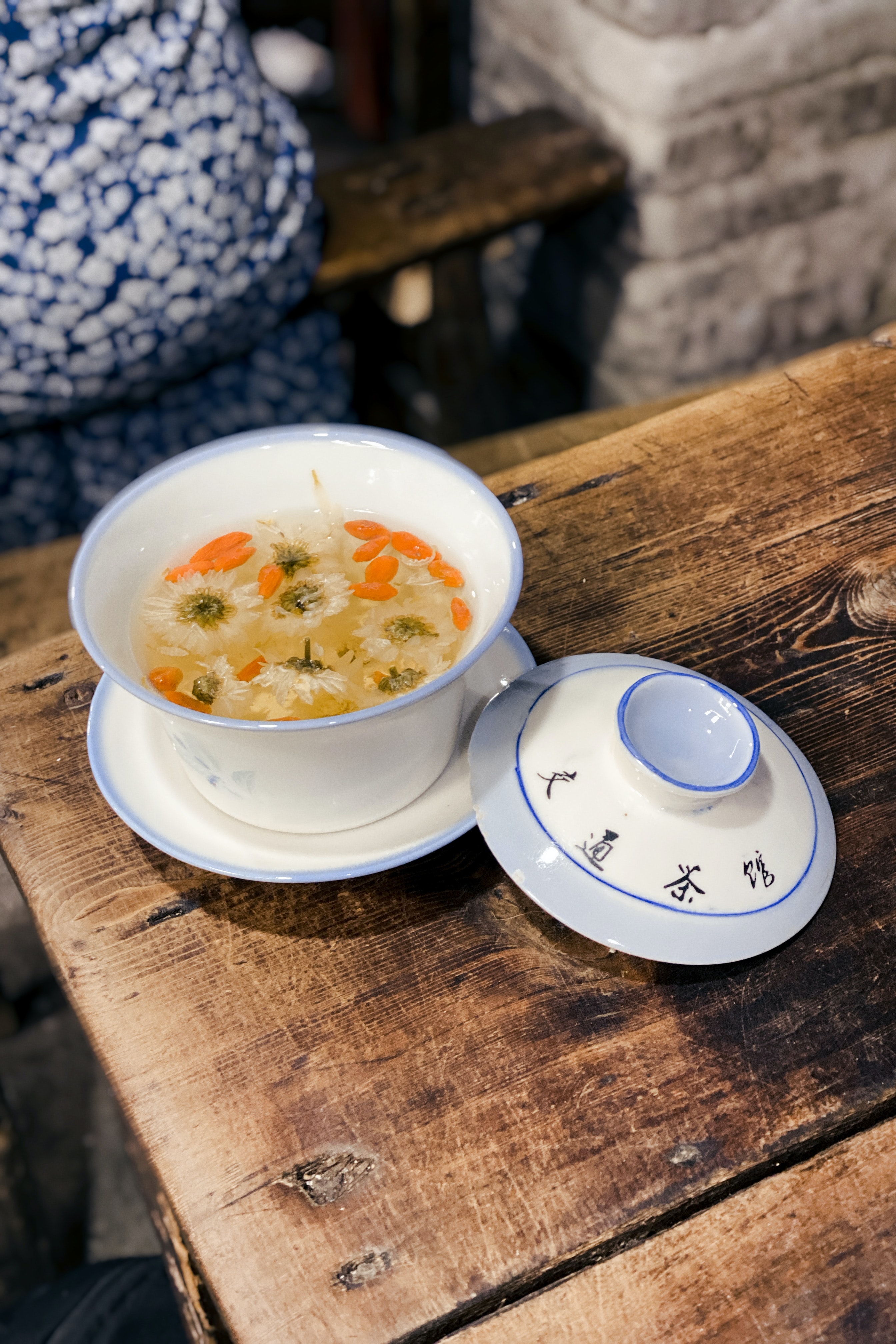 The “humane touch” is one of the most commonly used phrases to describe our nostalgia for life in the olden days, ranging from pricing, atmosphere and environment to the way we experience it.

Different from the new modern teahouses, the traditional teahouses represented by the Jiaotong Teahouse and Pengzhen old teahouse keep the tea prices low. For example, local senior citizens can drink tea for only 1 Yuan at Pengzhen old teahouse, and tourists who visit for photo-taking are only charged with 10 Yuan. The most expensive tea at Jiaotong Teahouse is black tea and bamboo leaf green tea, at only 8 Yuan a bowl. Compared to teahouses that charge hundreds for a pot of tea and tens for a refill, the profits of old teahouses are as meager as an ant looking up to an elephant.

Naturally, under the ongoing economic development, there is no problem with the high charges of the modern teahouses. With the idea of spreading Chinese tea culture, teahouses that spent a lot of money on decoration and staff training, also need to break even. But they seem to miss the point that the amount of the money spent is proportional to the sense of distance. The higher the pricing, the more likely that the teahouse will expect the customers to have a high level of affordability and education, far less friendly than an affordable teahouse. The popularity of cheap milk tea and the obsessions of the obstinate tea drinkers who don’t drink tea at low prices are mostly both due to these reasons.

When it comes to costs, the Jiaotong Teahouse has another story to tell. In 2005, the teahouse, which had been running at low pricing, almost lost its business due to the rising house prices. An oil painting professor from the adjacent old campus of the Sichuan Academy of Fine Arts, Chen Anjian, bought an old teahouse to keep it open. He also created a painting on the theme of “Life in a Teahouse”, which attracted many students and artists to visit for inspiration. 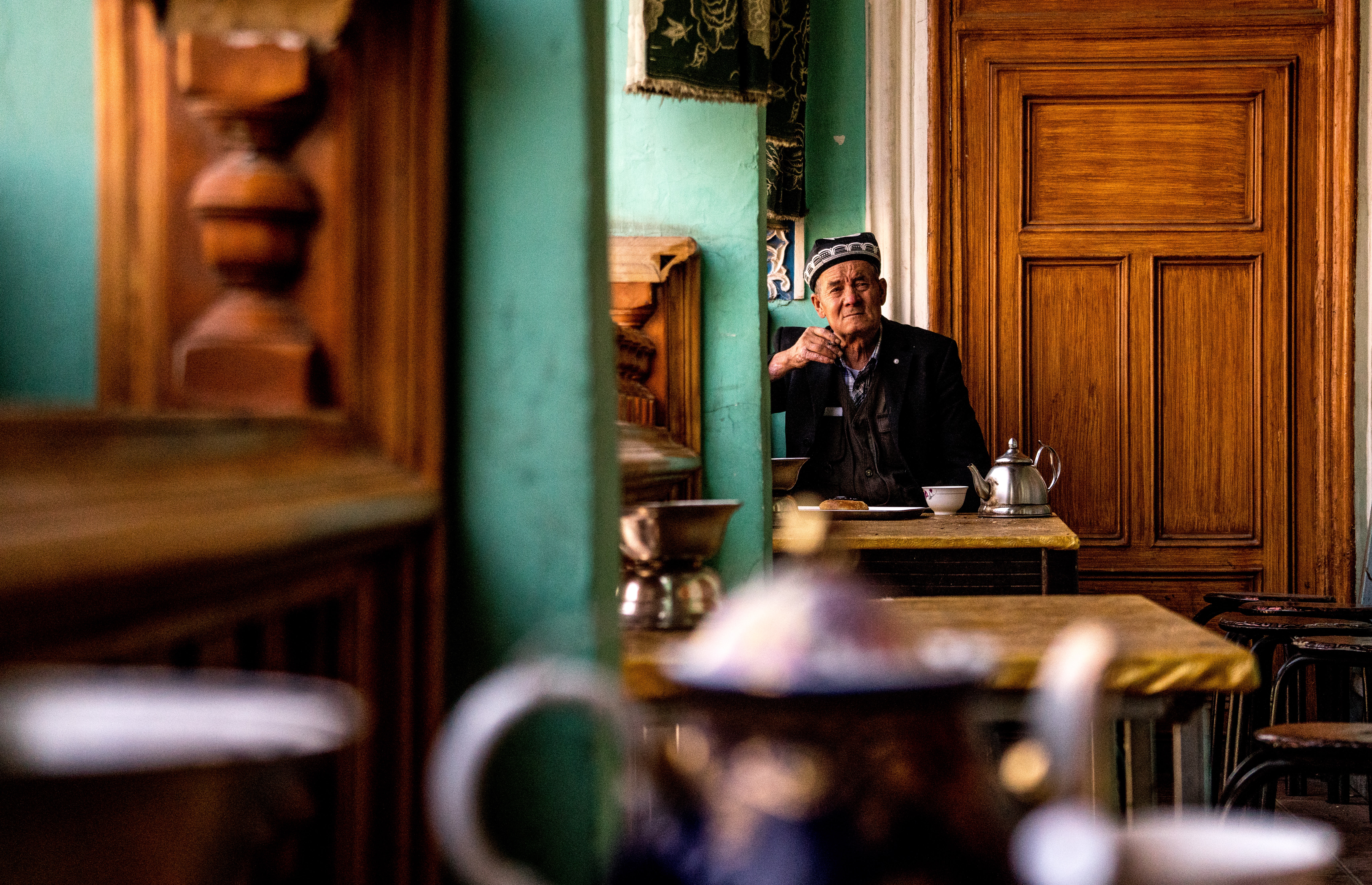 The “Third Place” concept, coined by American sociologist Ray Oldenburg and adopted by Starbucks, has actually taken root in Chinese teahouses. Either the anise beans in Lu Xun’s novel that made Kong Yiji’ mouth water, or the place for feeding birds and having snacks in Lao She’s novels, it’s in the teahouse.

As a highly social space, the experience of a traditional Chinese teahouse goes beyond just drinking tea. In the past, Pengzhen old teahouse has organized theatrical performances such as Sichuan face-changing opera, Sichuan allegro and Pingshu (book talk) to entertain the tea lovers. After being able to continue running its business, Jiaotong Teahouse also moved in a few mahjong tables to enrich the way tea drinkers spend their time. And when the real economy was still prevalent in people’s consumption preferences, these teahouses allowed a lot of small business to “join”, such as selling newspaper, shoe shining, ear picking, and even snack sellers can meet their customers here.

On the other hand, the programs in modern teahouses that emphasize culture and experiences would be either a private tea table or a marketing for incense art sessions that cultivates an elegant temperament. These do not allow visitors to relax and enjoy, only imposing the sense of burden in the name of culture. They seem classy in texture, but other than raising the barrier as well as your bills don’t inspire any resolve to visit again.

Moreover, the friendly open-door attitude of the traditional teahouses has encouraged people of all professions and social status to visit and take a break there. A shirtless man chatting away in his hometown tea house, matchmaking enthusiasts, a granny catching up with her sisters and friends – whoever you are, everyone is welcome here. Nowadays, there are students who come to witness this flavor of life, influencers who are trying to take good pictures to get thousands of likes on social media, and young people who’d like to take a break from the city and the work.

There is an old saying among tea lovers that “the character of a teahouse depends on the teahouse owners and the teahouse guests.” Perhaps the reverse proposition of that statement holds equally true. The teahouse you go to, the attitude of life you have, the kind of person you become. 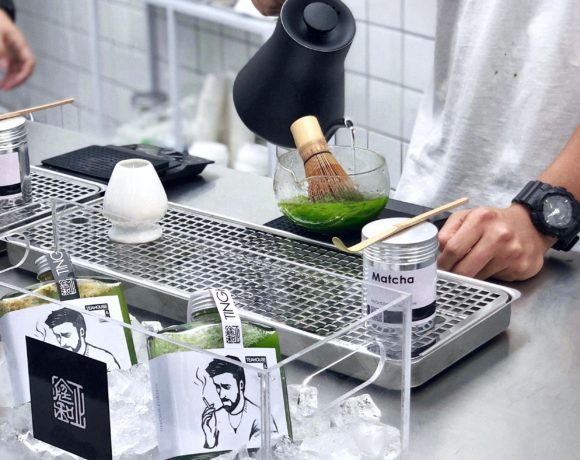 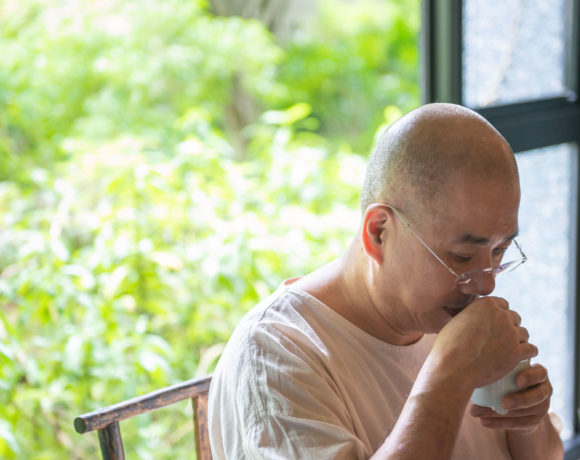 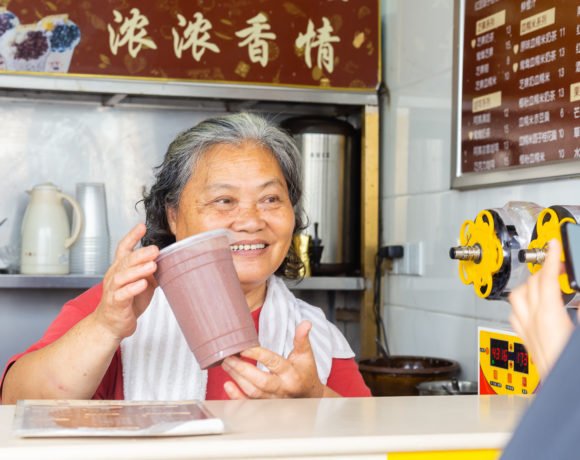