Coffee Roaster: A Coffee Board..

Enjoy Your Regular Treats in M..

"Our design is built on the research of cultural reasons behind aesthetics and how to shape senses and create onsite experiences." 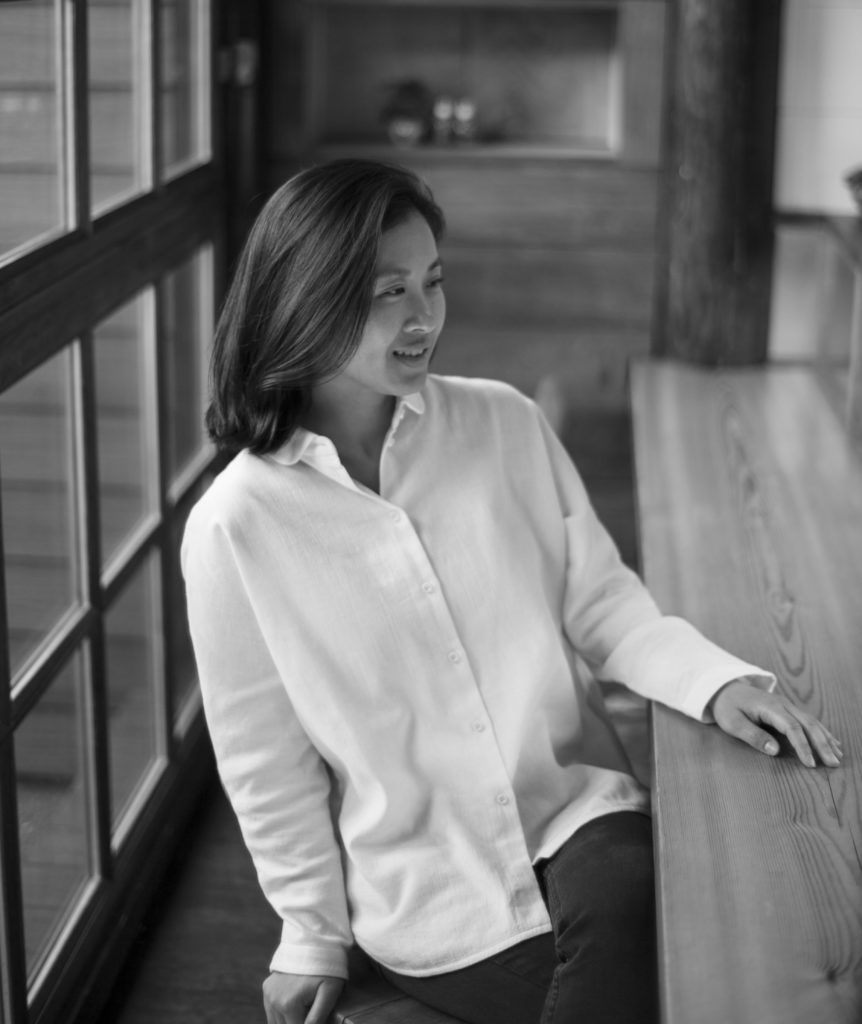 Renowned for a “small but excellent” design style, Big Small Coffee in Beijing, China has attracted so many coffee and bar lovers to its new location in Qianmen. Every little detail in the design represents the creative mind behind: Lydia Song and designRESERVE.

Song established designRESERVE with Yue Feng in Beijing in 2011. Before then, they both had working experiences in urban development projects with multinational companies. However, the duo turned to focus on the design and creation of medium and small urban spaces once designRESERVE was founded. Song said, “Aesthetics is the ‘ghost’ in design but it is interpreted through a variety of ways in different periods of time.”

The aesthetic principles the studio believes in are easy to discover from its projects. But, it’s hard to conclude in one sentence as the studio never stops innovation and always takes one step further even though they are asked to design for the same brand. When Song was asked to describe her design style in three key words, she didn’t reply.

The Cartographer of designRESERVE’s Map

Song was born in China but grew up in the Bay Area of California, USA. She holds a Master’s Degree in Architecture and Urban Development from Graduate School of Design in Harvard University and Bachelor Degrees in Architecture and Fine Arts from Rhode Island School of Design. She said, “I hope our team’s practices can be on a more international scale even though designRESERVE was founded in Beijing. We might be the smallest multinational design company. Now we have a project for a historical building in the States in a relatively slow progress. To us, projects in China are more challenging, which offers us an opportunity to see how our designs can make a difference to urban cities.”

After completing a series of projects in Beijing, Song decided to make a map, “designRESERVE’s Map of Beijing.” Ten living spaces in the city are marked on this map. “We see these projects as a series. When we connect them together, we express our views of ideal scenes in urban life.

The map will have more marks in future and also, we will publish maps of other cities, for example, Shanghai,” explained Song. Among the 10 locations, Big Small Coffee is a memorable and impressive project. In 2018, Song led the team to design two new shops for the coffee brand. When its first establishment in Xiang’er Hutong was demolished, Big Small Coffee’s two other branches at the time didn’t attract much attention from customers. “It was such a hard time but founder Zhang Yipeng and Nan Shan didn’t forget why and how they got it started. They insisted in building the brand in hutong. Our responsibility was to give the brand a facelift from the outside-in to make it competitive and vital on the market,” shared Song.

Located in a renovated historical block, the new shop in Qianmen measures only 10 square meters in size. The business in the area was still developing at that time. In history, it was the first business area in Beijing, close to the Tian’anmen Square and the central axes of the city. The shop is small but functional. The “narrow” space serves two different types of business – a specialty coffee shop for the daytime and a gin-inspired bar for the night. “The clock design for the metallic façade indicates the time and the business. Built in the historical building, the clock is not only a functional sign for business but also corresponds to the clock tower of the old railway station in Qianmen.”

In Song’s view, the design of the shop in Beiluoguxiang was created by both teams of Big Small Coffee and designRESERVE, which opens up not only its spaces to the public but also encourages an open atmosphere in local communities. “Such a purpose is fulfilled through a variety of ways, for example, the outdoor space and fitness facilities, innovative uses of economic materials, spaces for cultural events and so on,” said Song. In different settings, conditions and spaces for design, Song can always find the right angle to express her design language through communication with either the building or the space. It’s fresh but resonates so well with the environment, too.

As a witness of the prosperous Suzuki Kitchen, Song and her team have designed all five locations of the brand in Beijing.

Meanwhile, they appreciate the “likes” from both customers and designer peers. To her, “the design not only meets the needs of the client but also shows respect to the local community where each store belongs to,” shared Song, “Although most Suzuki Kitchens are located in hutong, we always strive to get inspirations from the uniqueness of each store’s surroundings. The combinations of materials used in store varied but we focused on the expression through crafts. This is also from the brand’s belief in artisanship.”

designRESERVE puts a great emphasis on inclusiveness and freedom of public spaces in its projects. According to Song, most team members have a background in urban planning and development.

“Both coffee shops and bars are social networking places for people in cities. To us, the difference in the two types of places lies in the customer’s feelings. The art in design is about how it can resonate with people through different uses of space. In designRESERVE, we believe in inclusiveness rather than exclusiveness. Even though you don’t know much about coffee or you don’t love alcoholic drinks, you can still find it fun and at ease in the space we design.”

To clients, different settings in space serve different groups of customers. Song regards it as the same type of public spaces in the city, where the space, people and store should be regarded as a whole. “In operation, coffee shops and bars have many indifferences, but they can be overlapped or connected in space. In the project of the Big Small Coffee in Beiluoguxiang, we put great efforts in designing a garden that was not planned. The garden has fitness facilities and is open to the public. Now, many people love staying in the garden. They don’t know each other. They may be independent designers, couples, students or street cleaners. At night, the garden becomes a place for a glass of beer.”

Freedom is something that many people seek for. In designRESERVE, Song gives her team “unbelievable” freedom. For example, the studio has a Wine House project ongoing in the USA, which is featured on its official website too. “It is more like a craft project we do to get ourselves entertained. Every autumn, we use the grape ivies to make different temporary installations as a way to learn how to live with the Nature,” shared Song.

“To turn work into a lifestyle but not to make life as a way to work” is designRESERVE’s slogan. Everybody has their own understanding with this sentence. Song said, “We only choose the projects that are close to people’s lives. For example, many of us like skiing. As a result, we are working on a project of building a skiing resort.”

Song says, the contradiction and complexity of urban life in China is where she gets inspired from. From a female perspective, designRESERVE not only interprets design aesthetics through different methods, expressions and languages but also reveals the power of beauty and creativity, which gives its audience an opportunity to feel and experience more.

With B.Arch and B.FA degrees from Rhode Island School of Design and M.AUD degree from Graduate School of Design in Harvard University, Lydia Song has practiced urban planning, architectural and landscape design in AECOM, before founding of designRESERVE.

designRESERVE is a creative agency of architecture founded by Lydia Song and Yue Feng in Beijing, with a studio in Silicon Valley, California. They dedicate themselves to the development and design of high quality spaces for urban life and culture.

The ten living spaces marked on the map are regarded as a series; the studio wants to connect them together and express their views of ideal scenes in urban life. The map will have more “marks” in future. Versions of other cities like Shanghai will be published.