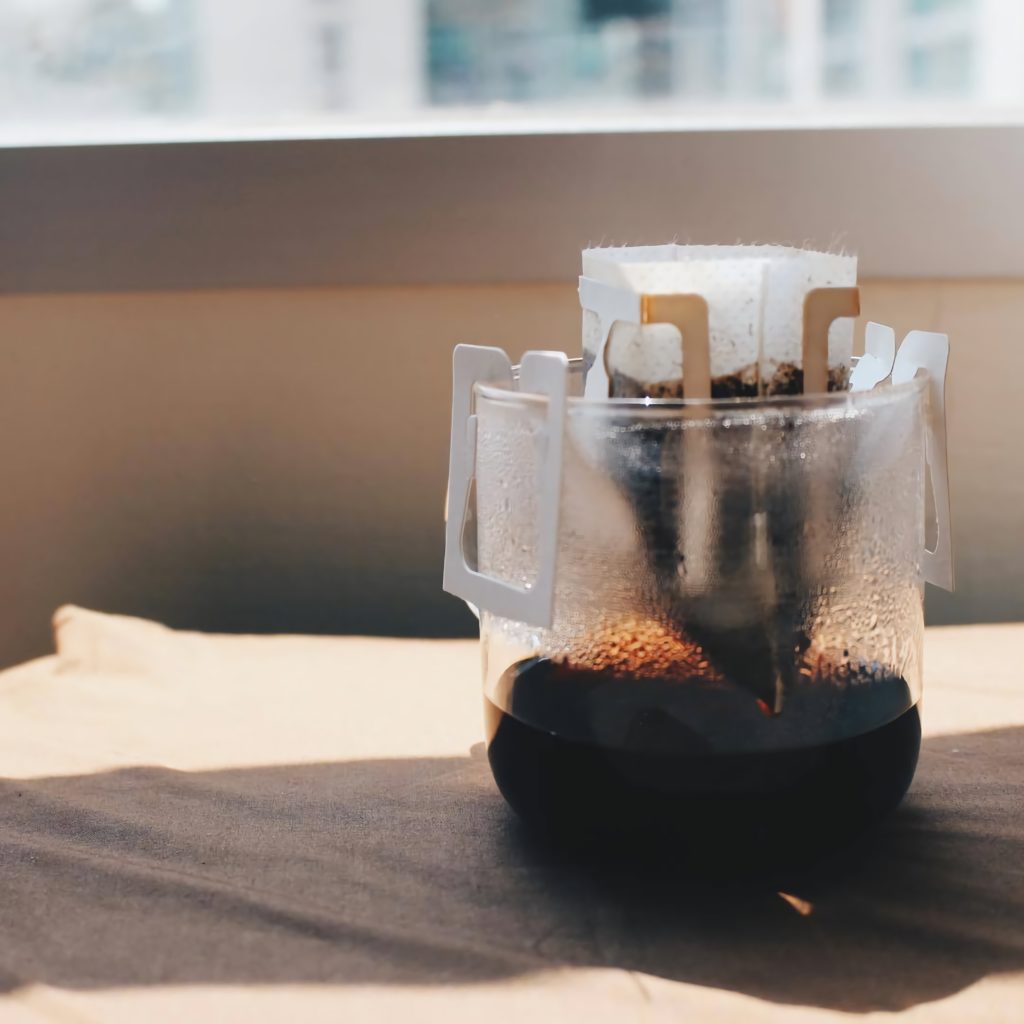 When we take a look around us, we may find ourselves already in a market flooded with easy coffee, a convenient and enjoyable caffeine buzz. It is not only convenient to carry instant coffee sticks or drip bags, or grab a ready-to-drink cup from a grocery store or a specialty coffee shop, it also increases flavor consistency compared to other brewing methods.

Coffee like this works well on a train, or while camping or hiking for the wild, and it is easier than making a proper pour-over yourself where you need to adjust different variables. It is true that when we have time, we would love to wait for a perfect brew in a fancy coffee house, but for those on the go, convenience and accessibility are the quickest links to the coffee experience. Without intricate brewing equipment, easy coffee provides quick enjoyment in less time, with less trouble and for less expense. Given the appeal for good taste at our fingertips, it is fun to examine how these easy coffee methods have developed to make our coffee routine easier than ever.

The various waves of coffee should not be news to most of us. To understand the significance of easy coffee, we need to look back to the first, second, and third wave coffee movements to explore the rise and development of easy coffee along with their transitions. 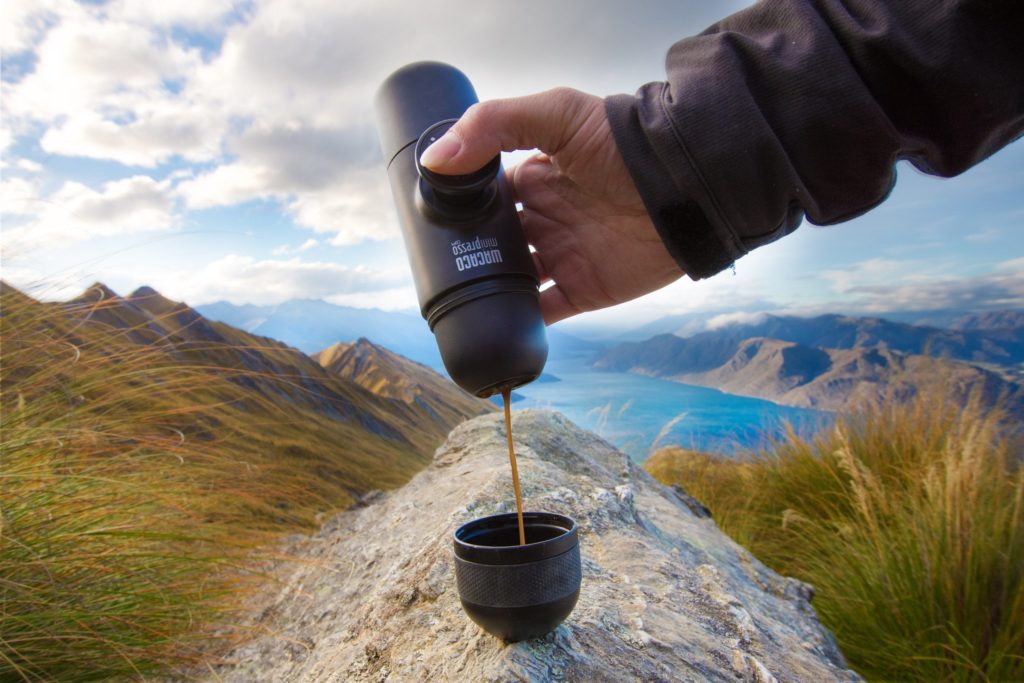 Instant and Canned Coffee During the First Wave

The first wave coffee can trace back to the 1800s due to its popularity and growing consumption around the world. Though popular, it was not easily accessible at the time. Not until the mid-19th century did entrepreneurs see a market for making coffee both affordable and easily brewed at home, and companies like Folgers and Maxwell House embarked on coffee products which were able to be ready for the pot in the house.

The new market was triggered by two primary innovations, vacuum packaging and dried instant coffee granules, both still used to this day. The technological advances helped increase the shelf-life of coffee and enabled it to transfer from local roasters to retail shelves, which in turn made coffee more readily accessible by placing it in convenience stores and groceries. In 1903, Satori Kato, the Japanese inventor of soluble tea, applied his dehydration process to coffee and received the very first U.S. patent for “Coffee Concentrate and Process of Making Same”, better known as “instant coffee”. Quick and easy, and no brewing equipment demanded, instant coffee was soon mass-produced and rationed to U.S. troops during World War I. By 1938, Nestlé with their Nescafé which developed an improved process, became a big hit among the instant coffee brands and started marketing the new brew. Owing to modern industry and new lifestyle of the mid 1900s, instant coffee began to step into the spotlight and had its heyday for its convenience as a creative time saver. By 1970s nearly one-third of imported roasted coffee was made into instant coffee.

Another type of easy coffee that came to the fore during the first wave following instant coffee was canned coffee, which originated from Japan. Tadao Ueshima, the founder of then Ueshima Coffee Co. (UCC), once bothered by an experience that he had to return his unfinished coffee to the store owner for catching train, came up with an idea to deliver delicious coffee anytime and anywhere. This led to the creation by UCC in 1969 of the world’s first canned coffee with milk. Quickly, it made its debut at the World Expo held in Osaka the next year. It is estimated that the average person in Japan drinks 91 canned coffee annually, reaching sales of nearly 10 billion cans a year. Furthermore, in order to meet the needs of global coffee lovers for different coffee flavor, UCC initiated the 1st extraction method. It used a volume of 100% natural water to extract Arabica at low temperature, and created its “UCC Black no sugar” brand and the first sugar-free black canned coffee in coffee industry.

To coincide with the first movement that coffee was no longer an exclusive drink for the bourgeois, instant coffee and canned coffee made it possible for the beverage appreciated by the upper class turning into a staple for ordinary working men, in other words, for the masses. 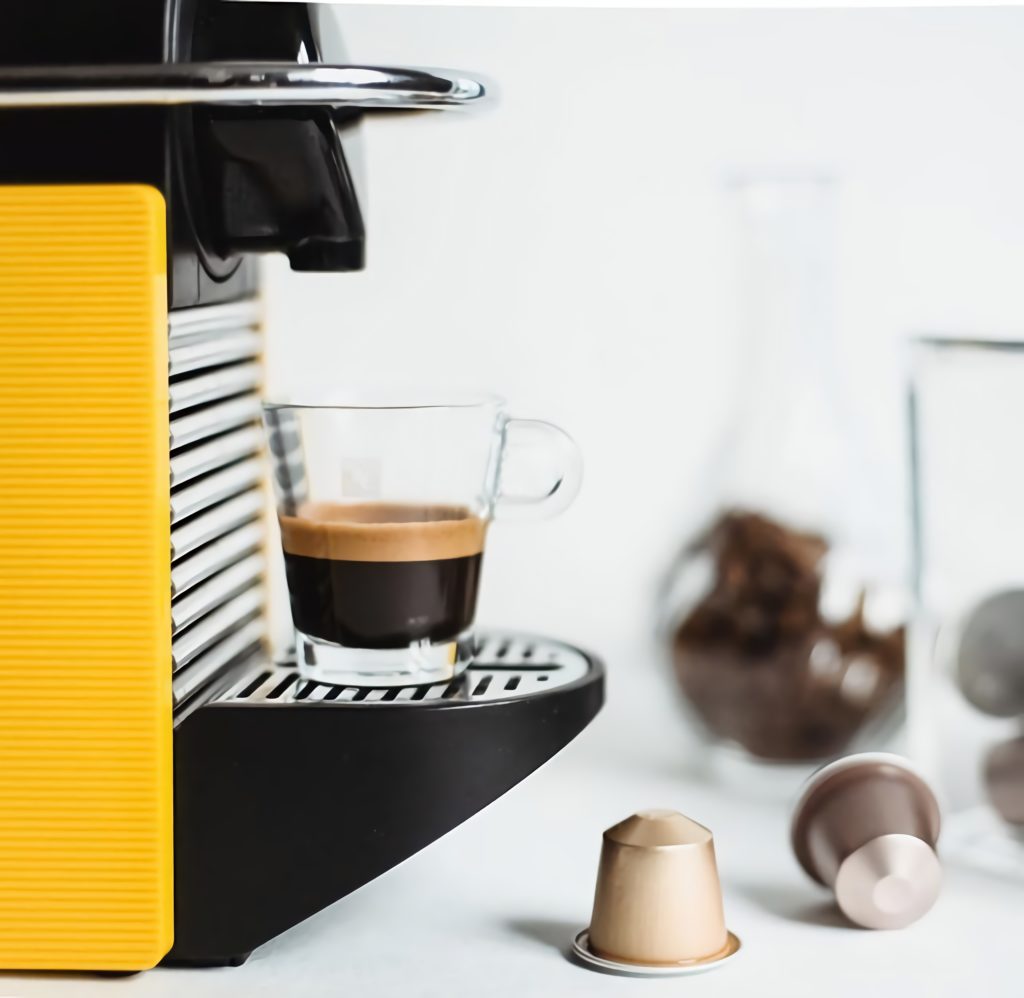 In the late 20th century, the coffee industry witnessed a renaissance. One of the impetus for the transition into the second wave coffee was a reaction to the stale and mediocre coffee grounds as well as a lack of appreciation for coffee quality and roasting profiles of the first wave. Led by Starbucks, which introduced espresso-based drinks from Europe with a focus on coffee quality, a new lifestyle and trend was created that appreciated the experience and enjoyment of coffee. Customers became more educated accordingly, and it came with a desire to acquire something that tasted better and to know the origin and roasting styles of what we today call “specialty coffee” beans. Following the second movement, our coffee vocabulary also began to change with terms such as espresso, latte, and medium or dark roast becoming common. This knowledge expressed coffee as an enjoyment rather than being seen as simply a drink.

Partially due to good timing, single-serve brewing systems emerged in homes and offices around the 1990s. They came in different forms: coffee pods (or coffee pads) which are pre-packaged coffee grounds in their paper filter, coffee capsules which are packed in a plastic or aluminum package and are normally designed for use with a single system, and coffee bags which are a hybrid of pods and instant coffee.

“Coffee Routine in Your Pocket” appears in FULL in the 2019 March edition of Coffee T&I Magazine. Subscribe HERE.