Coffee in Sand – Reshaping the Desert with t...

Coffee in Sand – Reshaping the Desert with the Power of Coffee 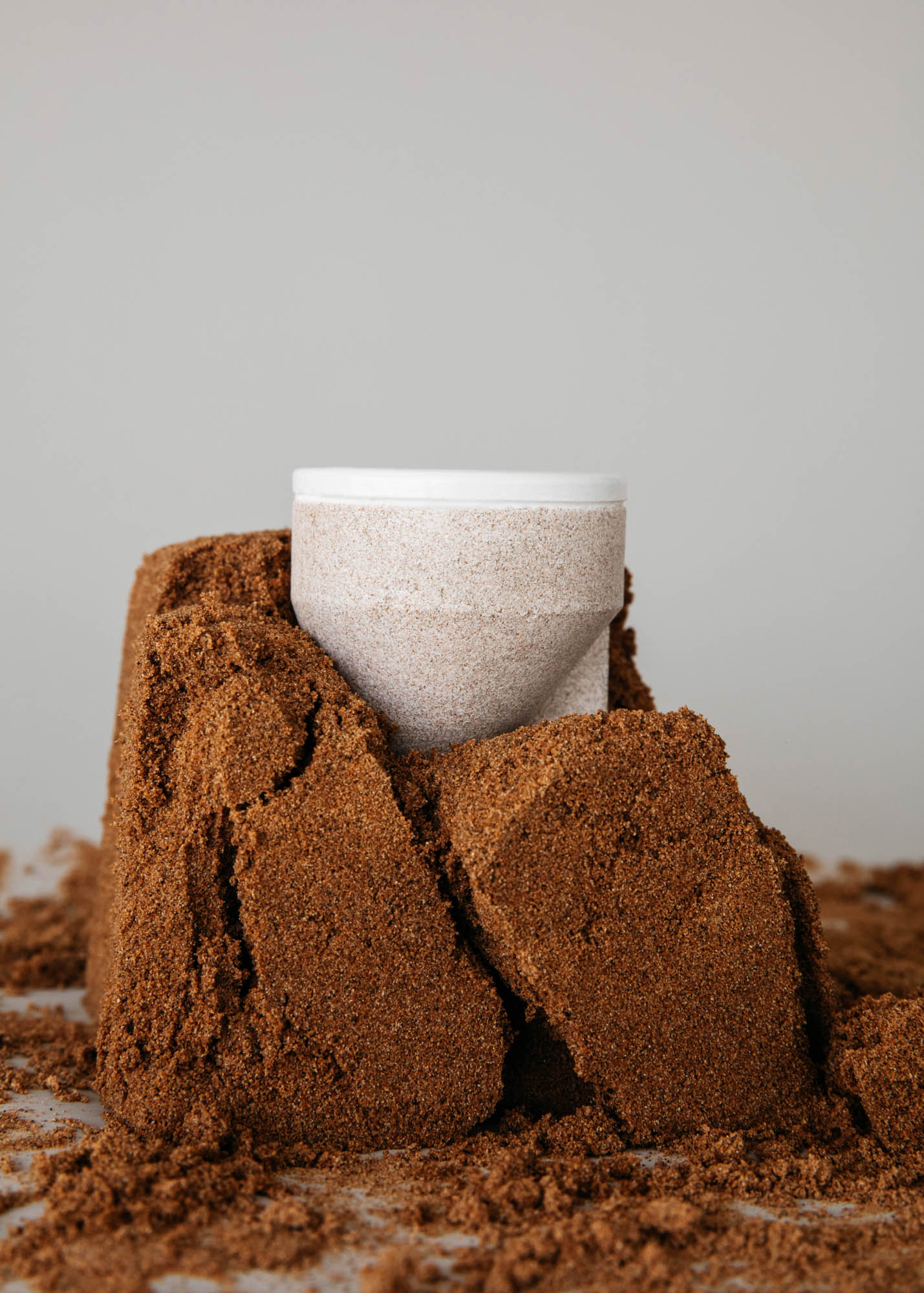 In traditional Bedouin culture, a guest and a host would perform subtle, non- verbal cues with their drinkware to communicate. In honor of their guest, the host offers the cup held from the bottom with their fingers – the conical shape of the cup allowing that to be done with ease. Once the guest is done drinking, they will lightly wiggle the cup while holding it from the rim to convey that they have had enough. 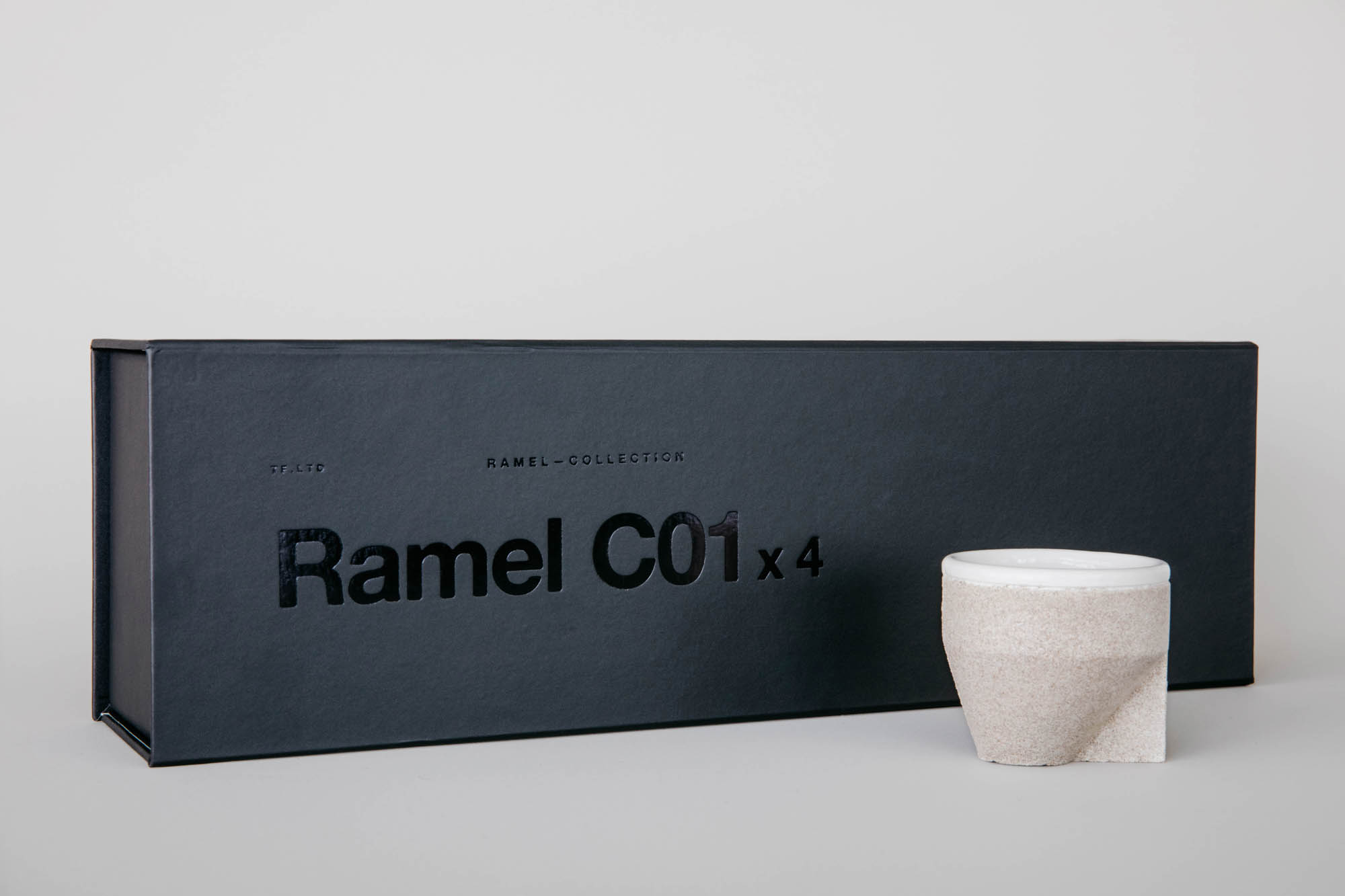 “Building on this story, our practice leads the creation of objects and experiences that resonate with our collective cultural memory.” said by Tinkah, an interdisciplinary design team with offices in Dubai and London. In Arabic, Tinkah translates to “tin container”, specifically one that is used by The Bedouin to protect their most prized possessions.

The Foundry is an innovative, creative space set up by Tinkah with experimental exploration at its core. The space allows Tinkah’s artists, designers, writers, I creative the dedicated environment to defy the monotony of commercial design. Although assembled of international team members, designers pull direction and inspiration from an abundance of ideological, historical and cultural resources which are locally available.

“Day in and day out, we do our best to keep the sand out. However, we aim to bring it back into our living spaces.” Tinkah reimagined the traditional Bedouin coffee cup into one that feels right serving espresso in Milan or Arabic coffee in Cairo, hence sand has been given a new role and function. 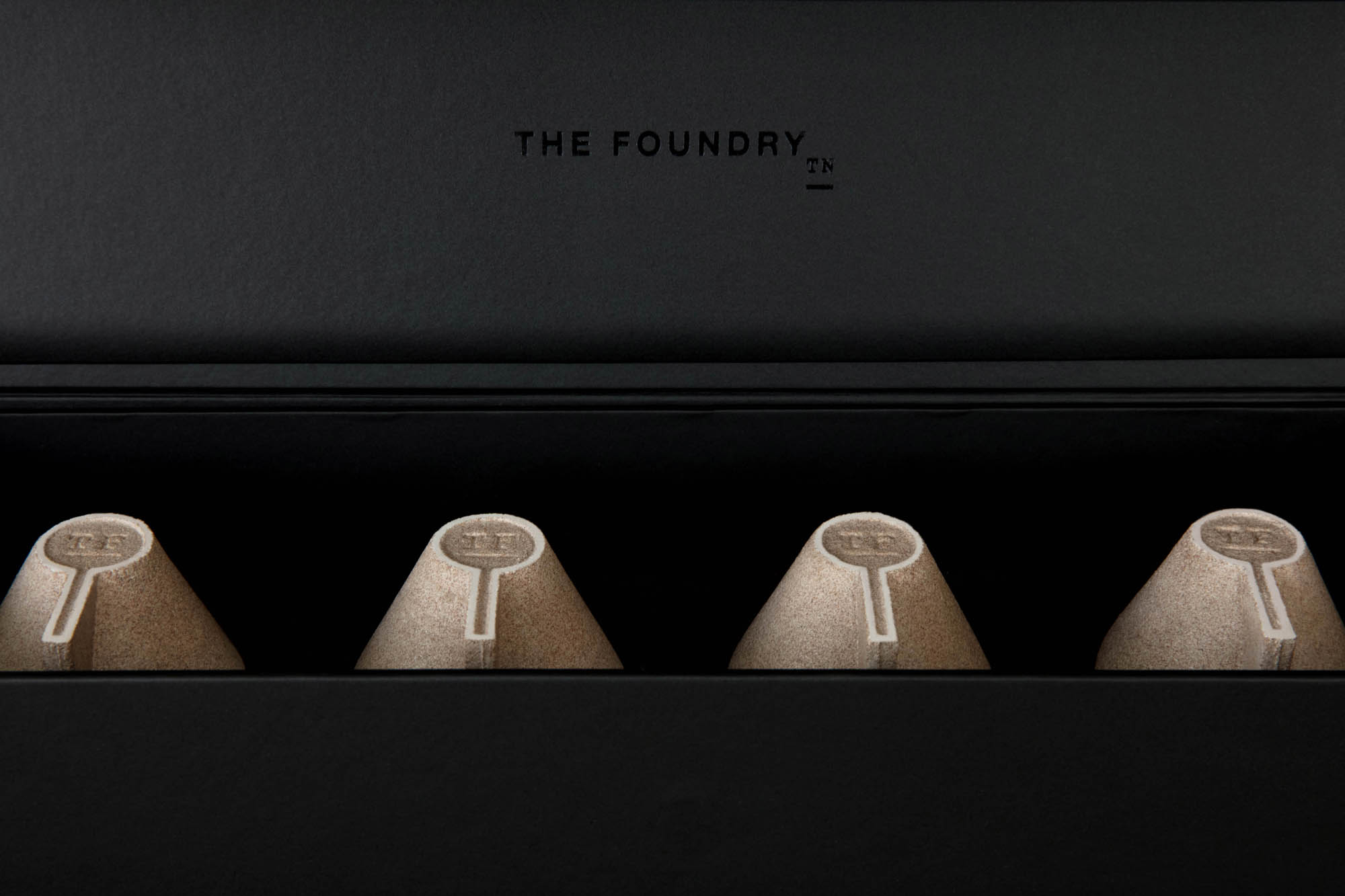 Beyond function, Bedouin coffee culture was a strong driving force behind guiding the cup’s form factor. Left untextured, the white rim acts as a visual indication to this unique tradition. Although absent from Bedouin cup design, the addition of a handle prevents the cup from falling over as well as lends way to contemporary coffee drinking.

Inspired by the ever-shifting dunes, The Foundry set out to develop a material that tames the characteristics of desert sand into a moldable medium. Emerging organically from Dubai, they found creative practice draws inspiration from its immediate environment. They then ventured out into the desert of the UAE to collect various colored sand samples. They looked at the most abundant and unused natural resource in the UAE, and for this reason, set out with the aim to utilize sand as a reproducible product. This endeavour quickly morphed into a material science challenge with trial and error driving every decision. Iron, calcium, silica, aluminum, and magnesium are just a few of the elements found in desert sand, and each sample varied in composition. 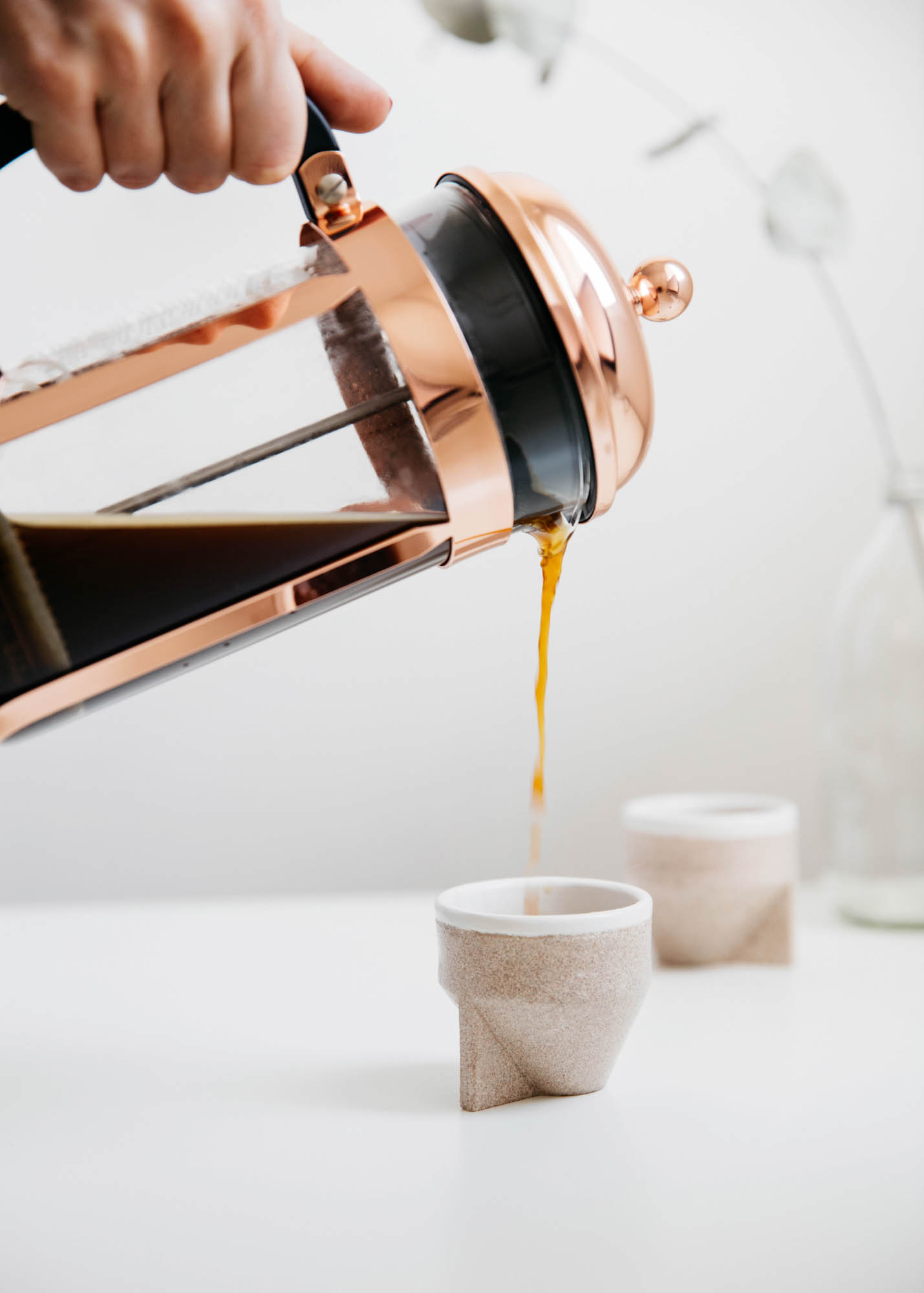 With focus on a scalable manufacturing process, they proceeded to create a composite material that combines the visual, tactile, and heat-insulating properties of sand with the castability of slip ceramic. Using process of elimination and continued experimentation, they were able to achieve promising results. Following multiple casting attempts, it was finally apparent that traditional slip casting techniques, mixtures, and firing temperatures had to be re-explored and adjusted. As a result, The Foundry has designed and produced the humble coffee cup using their new material, Ramel. 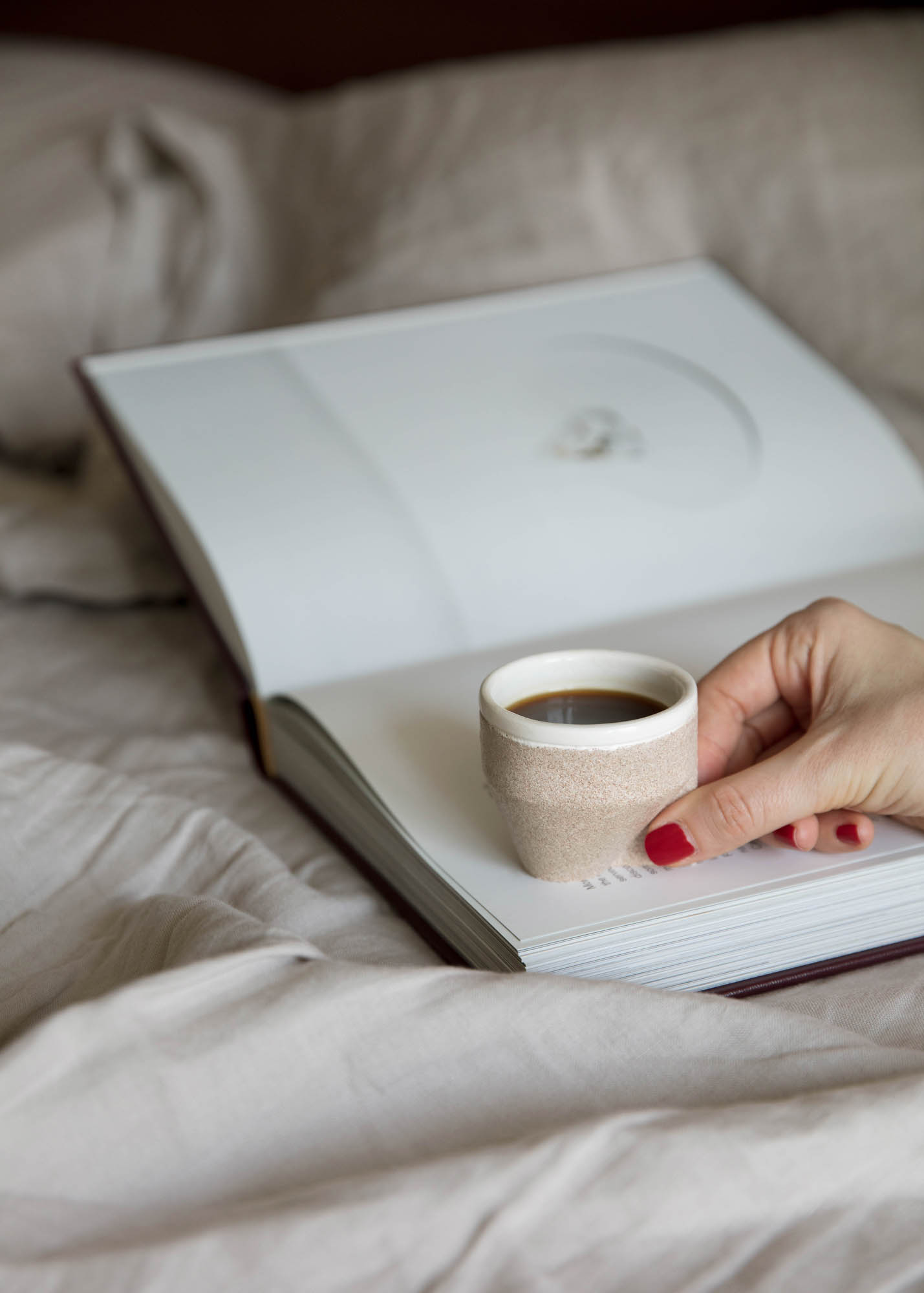 “Ramel” has the ability to shift shape into aesthetic and functional products that emerge from their environment rather than adopting to their surroundings with the intention of celebrating the Middle East’s most abundant element. Historically, desert dwellers thrived in extreme conditions by utilizing the arid environment around them in innovative ways.

“The Middle East is in the midst of recovering from a design slump. With playful experimentation at the core of our ethos, we aim to help fill the void of regional design innovation. In addition to innovation, we aim to direct the spotlight on the untold story of Middle Eastern design. A trans-global culture, coffee, and coffee drinkware was our way forward.” – Tinkah