With the development of the Internet our planet stopped being a mysterious place. Generation after generation, people travel more and more for business or pleasure, to see new things or try new dishes, to do yoga in ashrams in India, take a romantic gondola ride in Venice or just chill under the sun in California’s Venice Beach – everyone can choose what best suits them. Nowadays your next trip is just one click away as countries have softer visa regulations than before, let’s thank globalization for it. In this new era of people crossing the borders and being open for new experiences there is a big part for every sleepy traveler: coffee.

Coffee is a well-travelled drink: people around the world can enjoy it any moment. In some countries it became not just a tradition, but a local lifestyle. Let’s see walk through coffee’s journey and see where are those cities that made this black gold part of their culture.

Espresso is a form of coffee extraction, that requires to force boiling water under pressure through ground coffee beans. Originally born in as a drink Italy, today espresso has many fans around the world and some countries have their own variations of the drink. Hear espresso, think Rome? No wonder as this coffee capital has been famous for centuries. Even if people might say that Italian coffee culture is pretty traditional, Romans still have a lot of variations for espresso based drinks. Brought by Arabs in 17th century, coffee is so much a part of Italian culture (as well as pizza) that you’ll rarely encounter a local who doesn’t drink it. Hence, there are plenty of coffee shops around the town as well as growing number of specialty coffee spots. If not in coffee shops, Romans enjoy their cup of black gold at home, almost every household in Italy has a moka pot, which is Italian creation. According to Eurostat, Italy’s biggest coffee import is green beans and consumption per capita is 5.6 kg, so we can see that Italians like to roast their coffee by themselves the way they like it. Italian roast is the name applied to a degree of roast of coffee beans resulting in a very dark brown bean. In this roast, the beans pass second crack. Italian roasted beans have a dark color and a shiny surface from its oils. Italian roasted beans are usually used for preparing espressos, while specialty coffee shops usually use lighter roast. 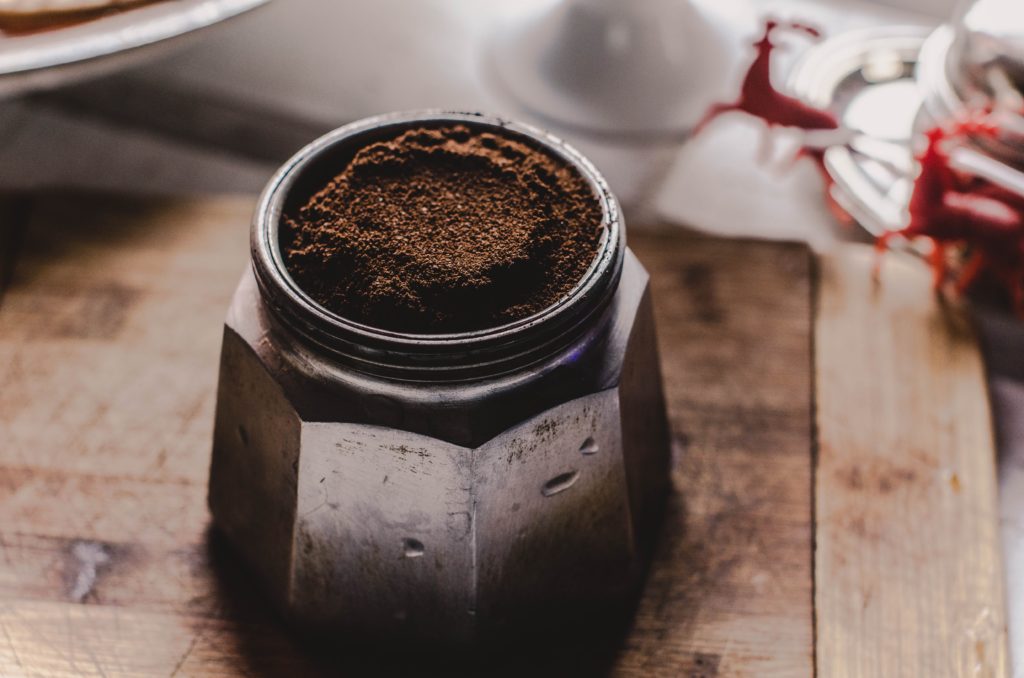 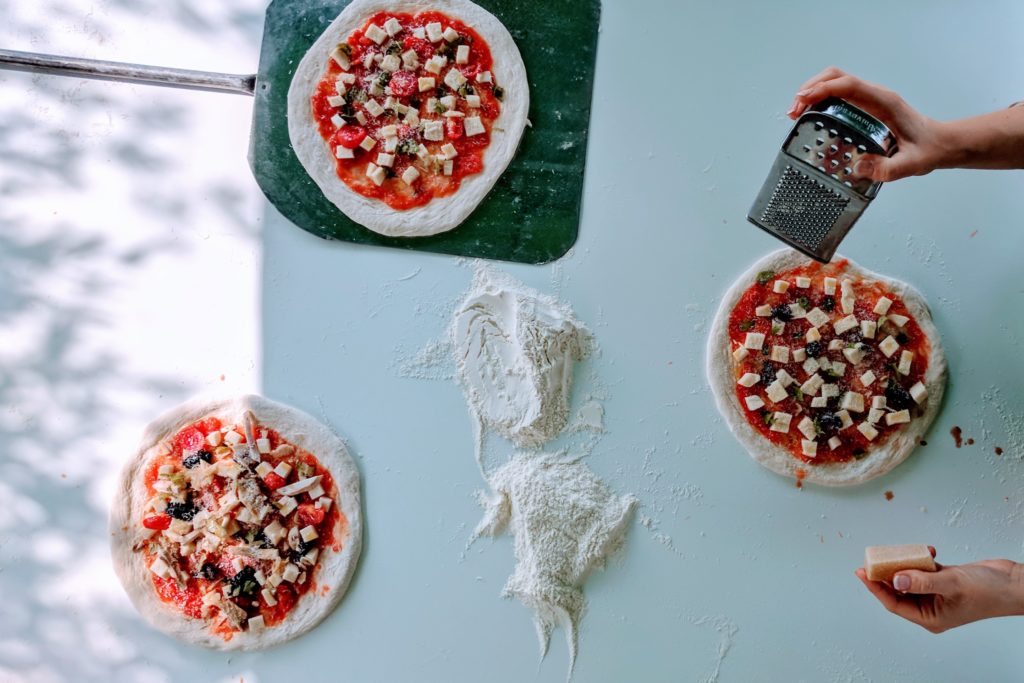 Local order: Espresso.
Best Time to go: April to June and late September to October
Things to do: Visit marvelous Colosseum
Visit the smallest country in the world, Vatican.
Eat as much pizza as you can People get seriously poetic about coffee in Lisbon. The irresistible combination of a storied cafe culture and a fantastic cup of coffee can do that to a person. Pour yourself into the experience by heading to a cafe, settling in for a leisurely sit, and ordering a bica. The revered shot of black coffee is longer than an espresso and usually a little bit smoother in taste, due to Portuguese roasting being slightly lighter than the Italian one. In almost all regions in Portugal it’s also simply called ‘um café’ (a coffee in Portuguese). The country’s coffee-drinking habit was imported from Brazil, its former colony. Then high-quality machinery from Italy (Cimbali was the first Italian machine in Portugal) has been adapted to Portuguese temperature and water-pressure norms and is still used almost exclusively. During decades of relative economic isolation under the Salazar regime, Portugal sourced its coffee from its colonies. The beans were Robusta, which made people enjoy strong and bitter coffee. According to Brazilians, Bica stands for: B (Beba) I (isto) C (com) A (açucar), or “Drink this with sugar”! 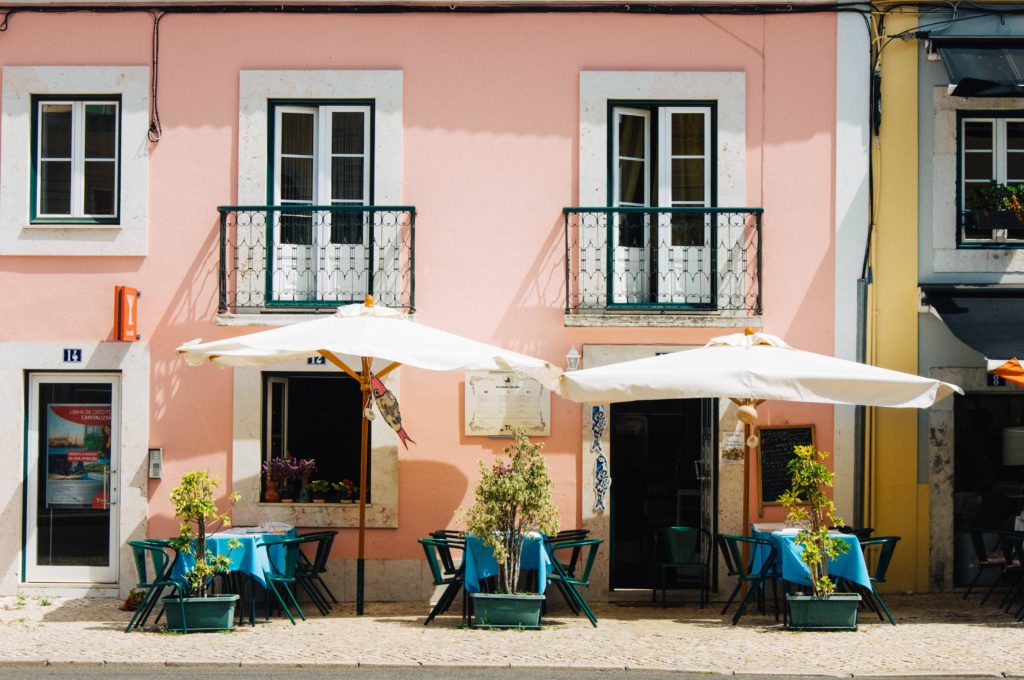 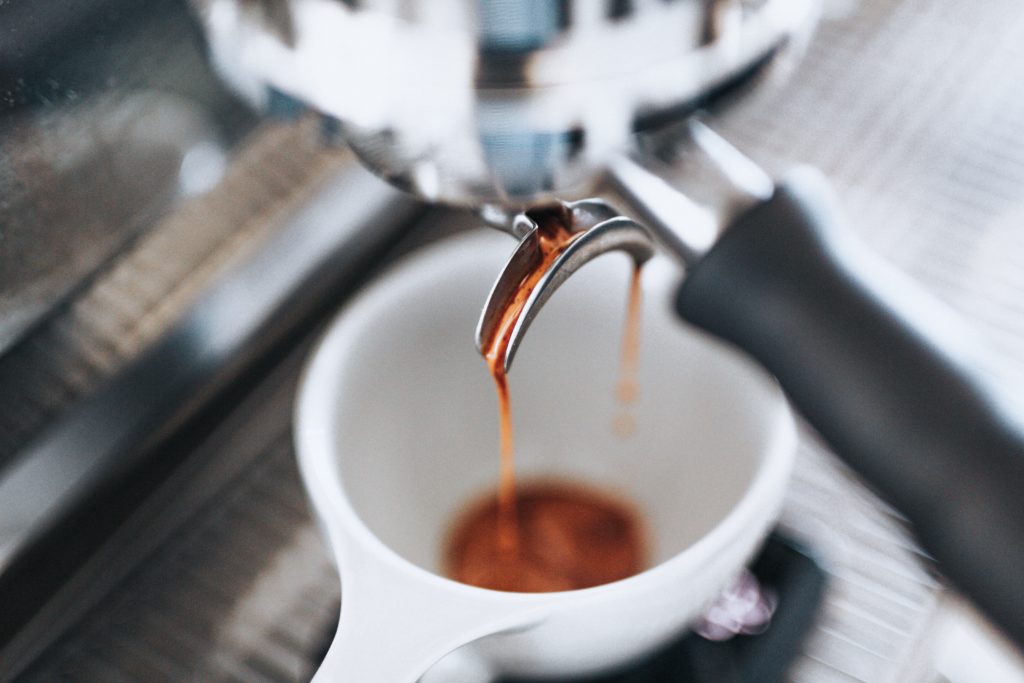 Local order: Bica
Best Time to go: March to May and September to October
Things to do: Visit Torre de Belém – Av. de Brasília
Wander in Alfama District of Lisbon
Catch one of the famous Lisbon trams 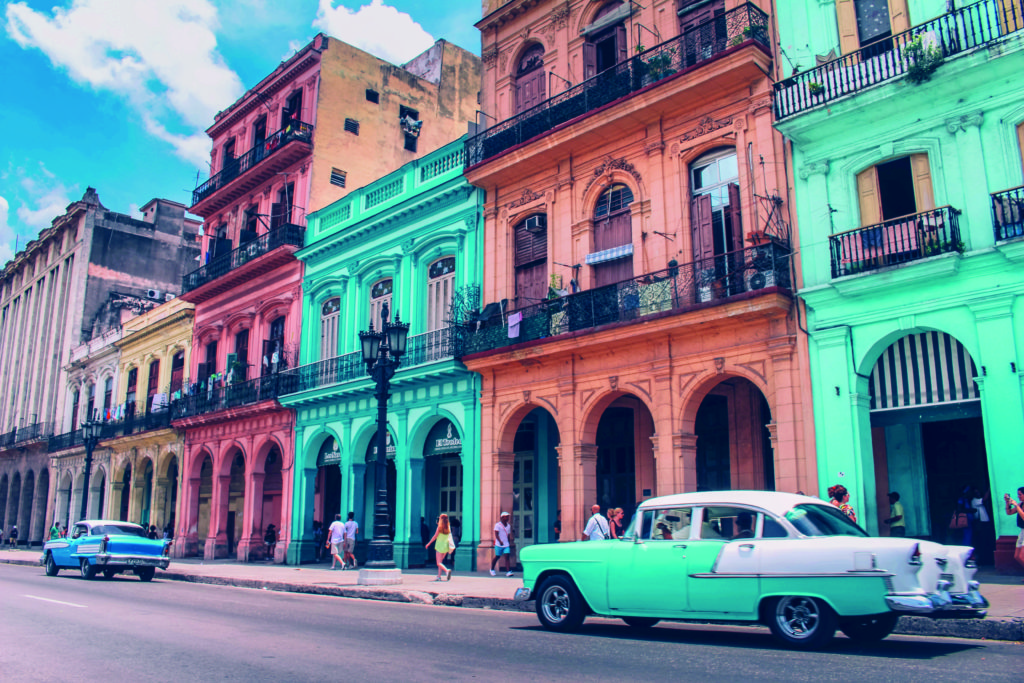 In Cuba, coffee is basically its own food group. A vital part of each day, steaming little cups of Cafe Cubano, also called cafecito,—espresso mixed with sugar as it brews—or Coradito—espresso topped with steamed milk—mark the morning, signal the end of a meal, and are a perfect excuse to stop and linger with a friend. But those are expensive options. After Cuban revolution Castro nationalized coffee production and later the Cuban government introduced a rations system, subsidizing four 114g of coffee per person per month. That is how café con chícharo (mix of ground, toasted beans and toasted chickpeas) was brought to the market to make coffee more affordable. Moreover, Cubans usually drink coffee at home, but if you do not have time for it but still want to have your morning cup of joe, you can simply stop by one of ventanillas. It is an option of drinking coffee outside the windows of other people’s homes, where coffee is sold through windows opened up to the street, it will cost you just around 1 Cuban peso (0.04 USD). 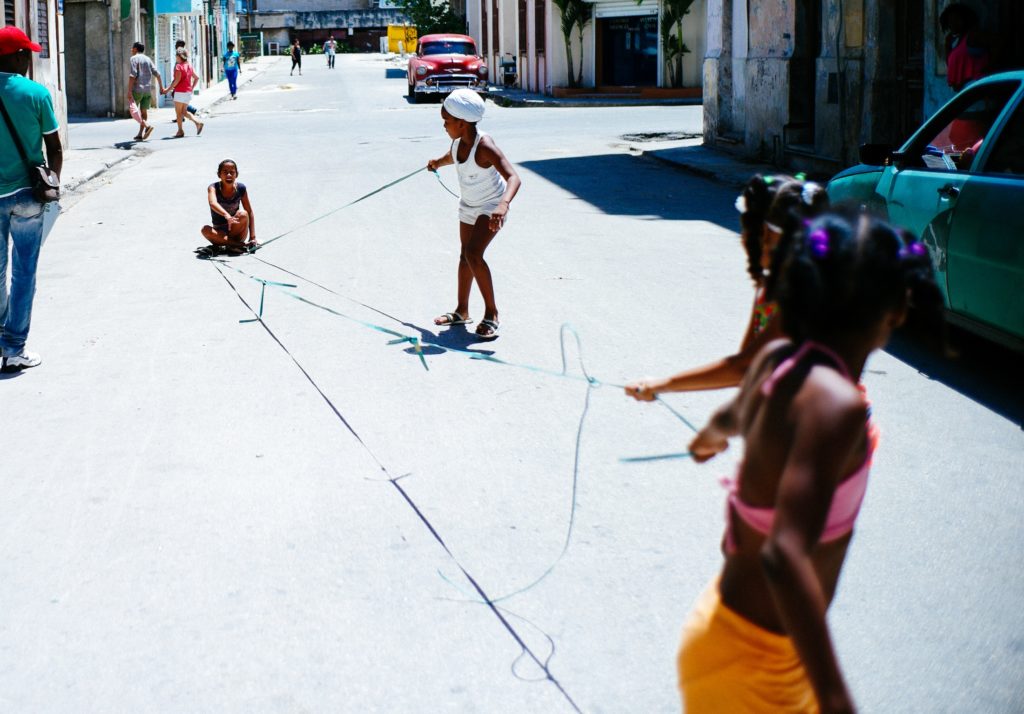 Brazil produces almost 40 percent of the world’s coffee. Pair its standing as a major producer with strong cultural influences from coffee-loving countries like Portugal and Italy, here you’ve got the perfect recipe for a great cup. And while the world’s biggest coffee-producing countries don’t always have a coffee culture to match, Sao Paulo does its home country proud.Because Brazilians consume coffee very regularly, they drink it in small cups and tend to use a lower quality coffee than the high quality beans that they export out of the country, because it would be expensive to drink so much. Traditionally, Brazilians would have their coffee really sweet. This is partly due to the fact that in Brazil coffee beans are grown at lower altitudes than in other countries, resulting in the beans having a naturally more bitter taste. Here it is very common for people to go for cafezinho or “little coffee” after lunch, cafezinho is an espresso that is usually drank with sugar and served with a small pastry on the side, like a mini cookie or a brigadeiro, a Brazilian chocolate treat. As espresso has been welcomed around the world, people started exercising their imagination and created a big variety of espresso-based drinks. Most popular are cappuccino, latte and flat white. And those are the cities where people warmly welcomed the milky coffees. Melbourne is Australia’s coffee capital, and we suspect it’s vying for the world title as well. A proud history of independent cafes and innovative brewing techniques makes it worth the journey. Espresso culture in Australia grew from cafés owned by Greek and Italian migrants, from small beginnings in the post-war immigration boom of the 1950s and 60s. In the last decade coffee has been lifted to another level thanks to access to higher-quality green coffee and hard work of micro roasters who have redefined what coffee can be. Australians drink around 3.97 kg of coffee per capita, moreover, they import mainly green beans, 1,191,787 bags (60kg bags), says Eurostat. It is home to world’s best baristas like Matt Perger and Sasa Sestic, people, who among others, are shaping the third wave of coffee today, so there should be no surprise that the quality bar for coffee in Melbourne is very high. Australians claim they invented the flat white, steamed frothy milk over a double shot of espresso so you can see that they love their milky coffees so much that created their own! United Kingdom is usually seen as a tea drinking country, and it is true that most of Brits cannot go through a day without a cup of tea. Nevertheless, people from UK and Londoners especially drink coffee more and more: according to International Coffee Organization, UK imports 2,852,738 bags of green coffee (60kg bags) and consume 3.3 kg per capita yearly. Third wave of coffee and contemporary coffee scene here was inspired by Australia and its progressive coffee culture. London as a capital of Great Britain enjoys crème de la crème of coffee in the country. Londoners enjoy full variety of coffee drinks: from classical Italian espressos to American filter coffee and Australian flat whites, but the most loved coffee is still any variation with milk, as there is one more nationwide beloved milky drink: tea with milk. Local order: Milky coffees
Best Time to go: September to November
Things to do: Visit the Queen in the Buckingham Palace
Push a trolley through Harry Potter’s magical world at Platform 9 ¾ at King’s Cross
Become a fashionista and shop in East London In the last decade, Scandinavian countries have come out swinging on the restaurant front, so it shouldn’t be a surprise that Oslo is reinventing coffee in a very good way. The signature roast in Oslo is exceptionally light, resulting in sweetness, fruitiness, super delicate flavor and high quality specialty coffee. Statistically, Norwegians consume 8.68 kg coffee per capita, more than traditional coffee countries like Italy or Portugal. Coffee-drinking flourished in Norway when the country began trading its plentiful fish supplies for American beans in the 1800s.A period of prohibition, followed by high alcohol prices that remain today, maintained its status as the social drink of choice for many. And Norwegians are roasting perfectionists, they take their coffee black, mainly filter, as you can feel all the flavors of the final cup. Local order: Filter coffee
Best Time to go: May to August
Things to do: Get amazed by sculptures in Vigeland Park
Step into a viking’s shoes in the Viking Ship Museum
Try traditional blood pancakes 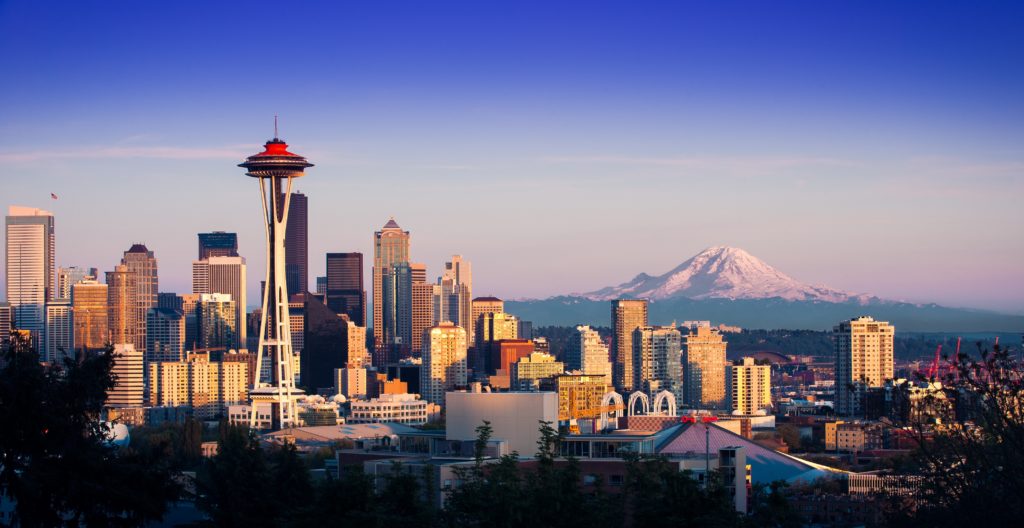 Energy-boosting and abundant, coffee is the sun that overcast Seattle revolves around. Seattle started the speciality coffee concept and Starbucks is only a small part of the hometown coffee scene. Taste your way through local roasters at independent cafes around the city. The reason why Americans chose coffee over tea goes bacl to colonial times, when tea tax imposed by United Kingdom was too high. As specialty coffee culture kicked off here with its attention to quality in coffee, people from Seattle love their filter coffee and you will love it too. Local order: Filter coffee
Best Time to go: June to September
Things to do: Go for a café crawl
Try The Seattle Dog (local modification of a hot dog)
See the whole city from the Space Needle

The cities that we listed are not just touristic spots, they are the places with their very own special coffee cultures, that grew with time and spread around the world and became a lifestyle for millions of people. Visiting those cities and enjoying coffees, don’t forget to walk around and enjoy the culture that this coffee came from, because at the end of the day stories behind coffee is what makes it the black gold in a cup.