Paradise in A Glass 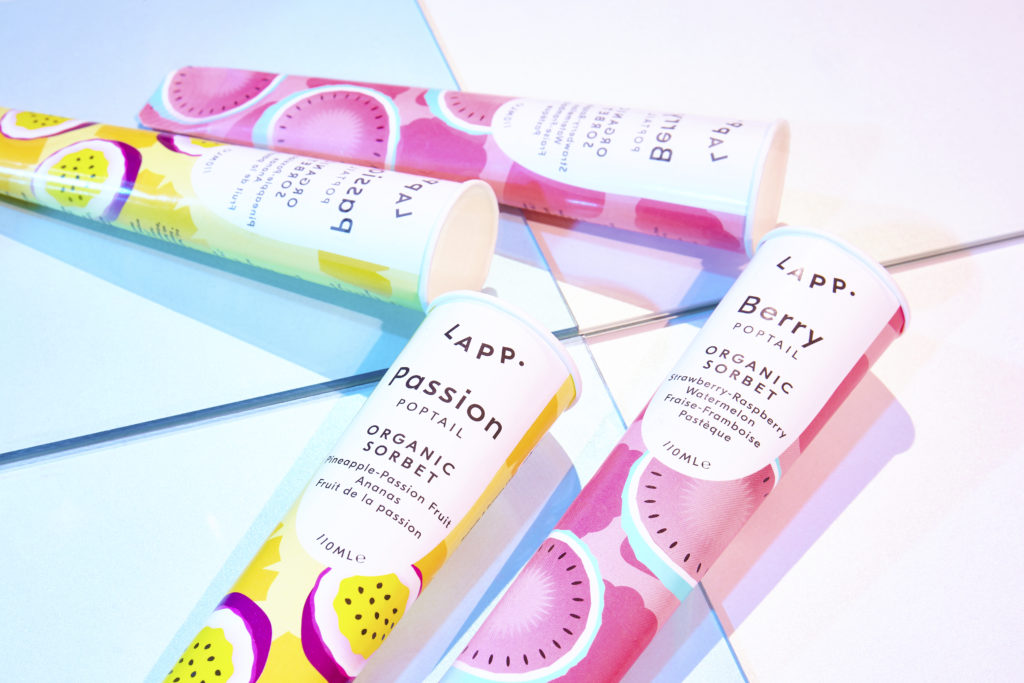 What does a gummy bear mixed with Vodka taste like? How about the fusion of Bourbon and white peach? Well, they are not ordinary cocktails but rather a trendy mixology scene — poptails.

Popsicle + Cocktail = Poptail! In fact, poptails and modern cocktails overlap in many ways. For both, they usually use premium alcohol, fresh fruits, and natural ingredients to make the gourmet. Moreover, cocktails often taste better when chilled, and poptails are also light, icy treats. Yep, they are the adult version of those nice frozen treats from our childhood. Indeed, we can even say poptails are just frozen cocktails on a stick.

However, to make poptails into a real business, Ice Kitchen is probably a good model to follow. In 2011, Founder Nadia Roden came across a photo of a transparent lolly with a leaf frozen inside, which inspired her to add all possible flavors into ice, including alcohol.

Today, Ice Kitchen has invented more than 50 poptail recipes while its poptails have won more than six Great Taste awards. The business has also expanded from New York to the UK and recently been seen in South Korea.

Surely, it is not the only successful poptail seller. The same story happened to the two long-time friends Laura Faeh and Cécilia Thomas. It all started in 2015 when Thomas was doing an internship for a vodka company. At that time, she was looking for an idea to promote the brand and realized alcoholic ice pop wasn’t that common. After she completed the internship with the company, she still strongly believed in the concept. This was how she started LAPP with her friend. The poptail collection is welcomed across the UK, France, the Balearic Islands, and the Netherlands. Big brands such as Hermes and Google all came to them for collaborations.

As for POPS, a British poptail brand, its business has taken off this year after its establishment four years ago. In 2019, POPS is estimated to have £3 million of sales. Furthermore, their products will enter the major retail market like supermarket Tesco this summer. In fact, the adult ice pop market is one of the fastest-growing segments in the ice cream industry. Merely in the UK, the sales of poptails grew by 23% to £40 million in 2017, according to Kantar Worldpanel, a UK grocery sales trend tracking organization. There’s no doubt that poptails are more popular than ever, however, what actually makes people indulge themselves in those frozen boozes? 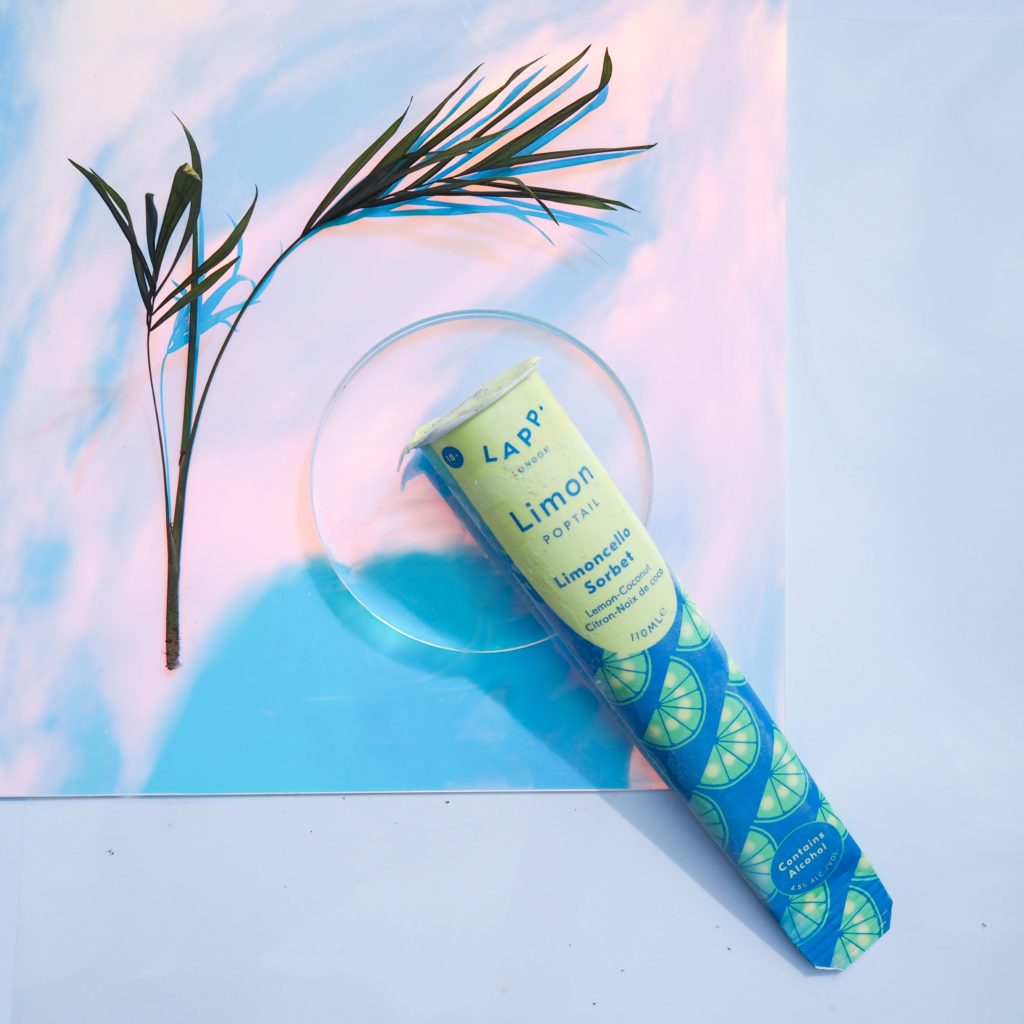 Balance between ABV and Playful Flavors

For most of the poptails, the alcohol by volume (ABV) is noted to be around 5%, except some special poptails like Buzz Pops whose ABV reaches 15%. “We can’t put too much alcohol in our sorbet; otherwise the texture gets too icy, which is really not nice!” explained Thomas, co-founder of LAPP. This means that you probably won’t actually be able to taste the alcohol in poptails.

If it is not the alcohol itself, what makes people still be crazy about the boozy ice pops? The innovative concept of poptail is probably the answer to why people pay for the treats. In the past years, no one has put effort into ice pops. There’s a huge gap between adult-focused ice pops and normal non-alcoholic ones. Nevertheless, poptails filled that gap. According to LAPP, their main consumers are 18-35 years old people living in big cities with interests in new products.

Undoubtedly, the idea of adding alcohol into ice pops itself attracts many young people. However, the innovative flavors pack a punch. For example, the New York brand FrutaPOP has a whole collection of poptails with seasonal flavors such as Sparkling Mango Mimosa, Watermelon Margarita, and Coconut Rosé. POPS also provides poptails made of classic British summer drinks, such as PIMM’s and Gin and Lime. Ice Kitchen has some quirky ice pop flavors this summer, including Earl Grey Tea, Peach and Hibiscus as well as Strawberry and Black Pepper with White Chocolate.

Many of Ice Kitchen’s new ideas are coming from collaborations with other brands. Just a few weeks ago, the company launched a new vegan ice pop — Double Choice and Orange Dipped in Dark Chocolate — with the prestigious British chocolate brand Hotel Chocolat. Previously, Ice Kitchen also worked with other brands such as KUKA Coffee and Candy Kittens for innovative flavors.

LAPP, on the other hand, features unusual cocktail recipes. They not only create poptails inspired by cocktails but rather reinvent existing cocktails. Spritz Poptail is mixed with blood orange instead of classic orange while Limon Colada Poptail with limoncello, lemon, and coconut, which is one of their signature cocktail sorbets.

Indeed, when it comes to poptails, it is not only about the ABV. The secret is, as Thomas revealed, to find the right balance between alcohol and other ingredients that are added in. 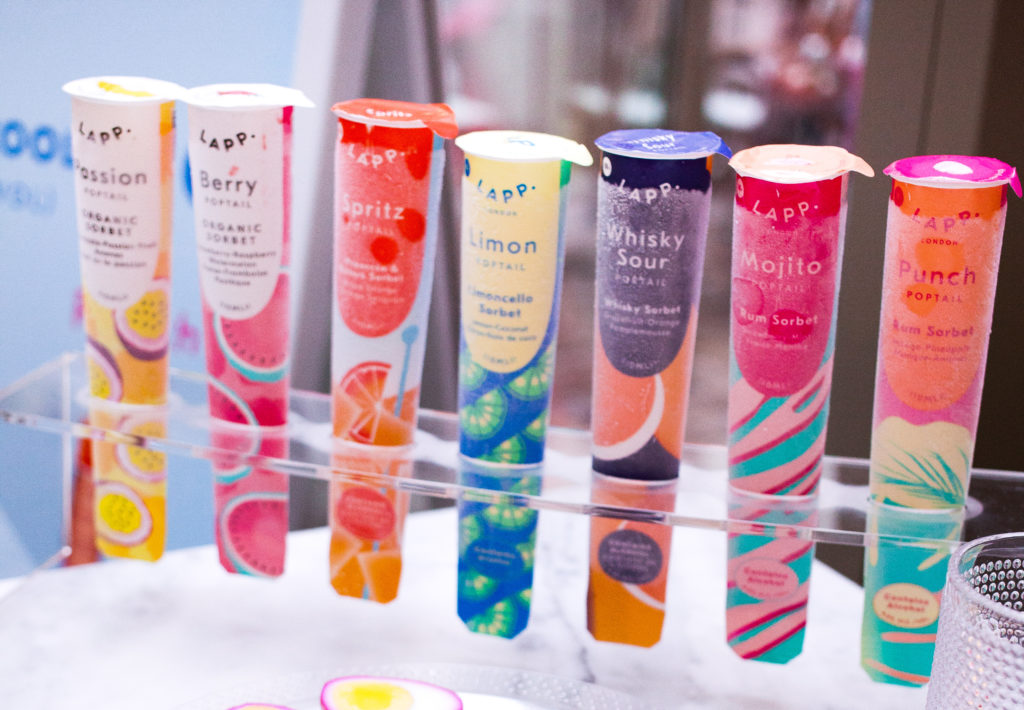 Ice pop was first invented in 1904 by an 11-year-old boy when he accidentally left soda water on his porch overnight on a cold winter day. Since then, it has become a summer treat for everyone as a happy childhood memory. However, ice pops are always quite simple, with monochrome bright fruit colors. Now, the aesthetics of ice pops is taken seriously.

According to County Living Magazine, merely in 2016, the searches for “boozy popsicles” increased by 68% on Pinterest. The trend can be found on Instagram as well. So far more than 15k posts with #poptails can be found on the popular social media; and most of the poptail brands have their own Instagram accounts. From contrast or gradient colors to colorful fresh fruits in the transparent alcoholic lollies, palette plays an essential role when it comes to branding and sharing on Pinterest and Instagram.

To give poptails a more aesthetic and colorful look, many online recipes suggest adding different fruits and vegetable juices to ice pops to create diagonal layers of colors. Fruits that have bright colors such as strawberries and lemon are often seen in those recipes. Sometimes, natural ingredients are also used to dye the ice to make poptails look tastier and closer to the flavor. This is much practiced by poptail companies. For example, POPS uses hibiscus flowers to add natural colors to their Vodka & Watermelon poptails, and for Prosecco and Peach, they use blood oranges and hibiscus to add colors.

However, to make poptails eye-catching, the package design is as important as the aesthetic appearance of the product itself. Thomas shared, “We don’t really think in terms of color as we don’t use any coloring in our products. Obviously, it needs to look good and tasty so we would never produce a poptail with a color which doesn’t feel appropriate. But we pay a lot of attention to our packaging that we try to make them look as good as possible!”

In 2018, LAPP collaborated with seven different artists, including Party of One Studio, Victor Moatti, Elise Mesner, Lilly Friedeberg, Boldtron and Adrian & Gidi. They all designed a visual associated to a poptail to create a vibrant marketing campaign. From illustrations to photographs and collages, the unique design added more personalities and aesthetics to the brand. 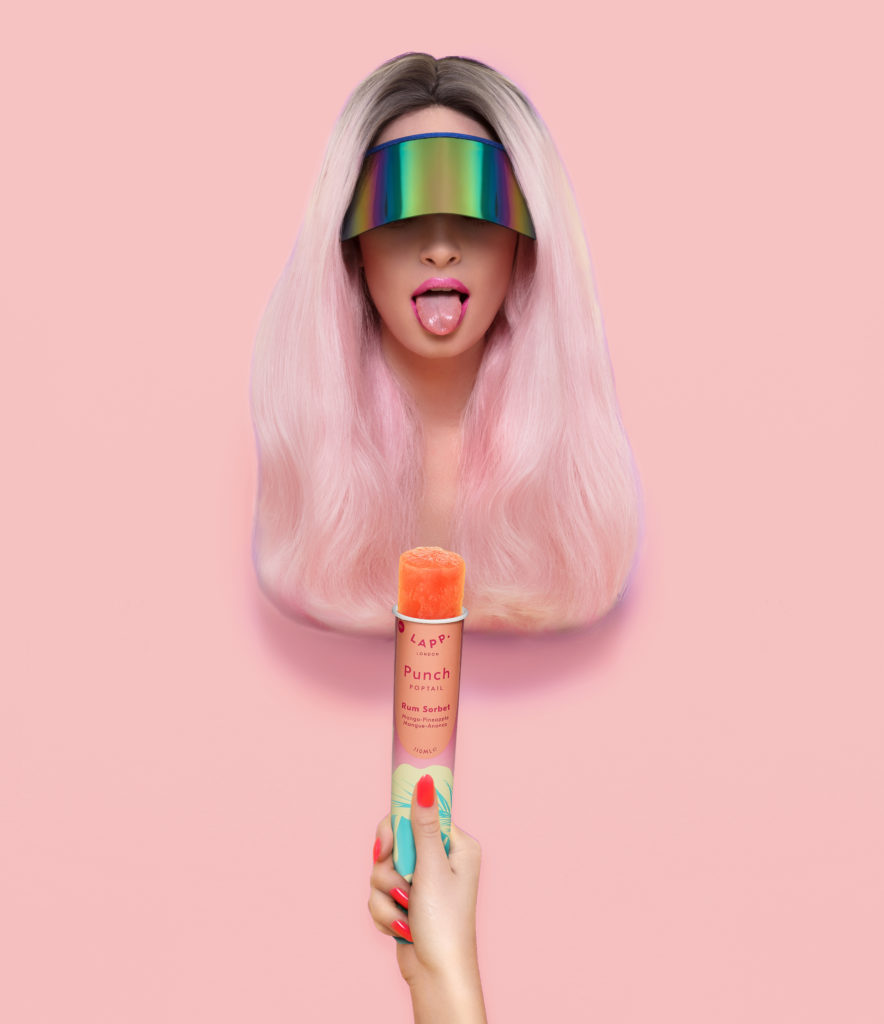 Licking Your Way to Happiness

The frozen cocktails on a stick can no longer satisfy people nowadays. New ways of eating pops have been invented and shared online. The trendiest one at the moment is dipping poptails into different sorts of alcohols, such as cocktails, wines and champagnes, for a more intense taste.

We’ve also seen other ways of enjoying poptails. Squeezable freezer pops are another common way of presenting them. From LAPP to POPS, poptails that have sorbet textures are mostly presented in this way. Meanwhile, Florida brand Buzz Pop Cocktails packs their products in a more unique style, as it combines normal pops that come with a stick with the squeezable “coat.” The push-up design not only makes poptails more fun to eat but also prevents sticky liquid dripping onto your hands.

Talking about the poptail trend this summer, adaptable food and mixing fruits and vegetables will be the two key trends, as Thomas suggests. LAPP has just launched a new ice pop Pear and Cucumber. Meanwhile, Ice Kitchen has already launched a poptail that is mixology of almond and Maca nut butter with a whole slice of apple. They are also considering to put Avocados and Coconut Cream poptails into their 2020 summer line.

From garden parties to a commercial event, a frozen boozy poptail is all you need to stay cool and stylish this summer. 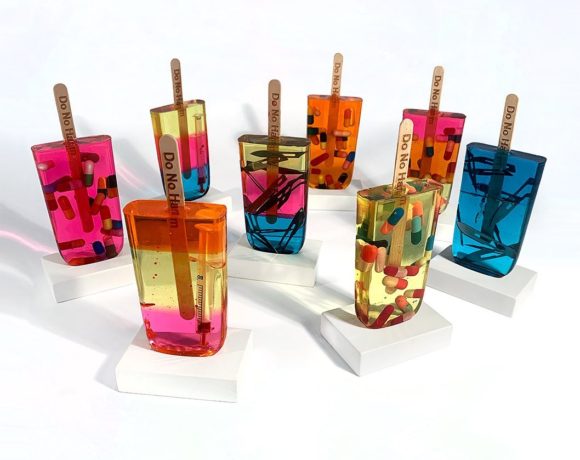 Sugar Coated Popsicles with Sickness Inside?