Needmore: Magicians behind the.. 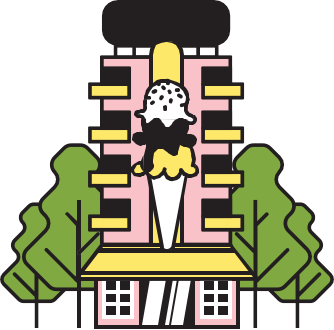 Many people have experienced this: When walking past their favorite ice cream shop, they struggle on the same question, “To have or not to have?” It’s about a sweet indulgence though what halts their impulse is the fact of its high levels of calorie, fat, and sugar. The indulgence is turned into guilt and sin.

It’s believed that more and more people nowadays are becoming more conscious and considering ‘being healthy’ when buying food and drinks. According to the 2018 food consumption report by the Chicago-based consulting company L.E.K., over 66% consumers around the world say they try to eat healthily and over 70% are willing to pay more for “natural, ethical, enhanced” food.

To meet consumers’ needs, a ‘battle’ has already started in the food industry on healthy food. As Deloitte’s 2018 Health & Wellness Progress Report shows, 98% of their survey participants including Unilever, Carrefour, and many other international food companies have “reformulated at least some part(s) of their products to align with health and wellness policy”.

This happens in the ice cream industry as well, as some ice cream chain stores have started to feature healthy ice cream and target those who are more conscious about what they eat. Early back in 2014, Häagen-Dazs launched Spoon Vege, a veggie ice cream with tomato and carrot flavors, in Japan. In fact, such ice creams have become a rising star in the ice cream world. 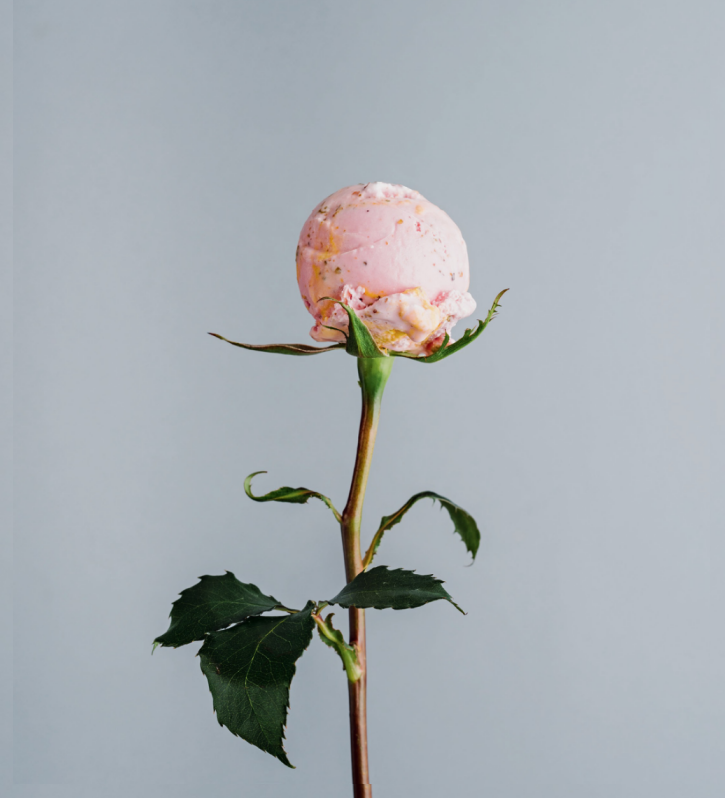 The Portland-based Salt & Straw is a world-leading ice cream brand that serves veggie ice creams. Established in 2011, the company now has seven shops all over the USA and is featured in many prestigious newspapers and magazines.

Salt & Straw has 18 different authentic ice cream flavors on the menu at all times although it does change its seasonal menu every month. For their September Student Inventor Series, there are three different veggie ice cream flavors — Ohana’s Falcon Vanilla Taro, Avocado Toast Supreme and Pollick Pumpkin.

Many people probably will feel that vegetables and ice cream don’t sound like a good match, even though it is healthy. However, that can be surprisingly untrue. As Co-founder and Head Ice Cream Maker of Salt & Straw, Tyler Malek said, “Vegetables have sweet, bitter, and complex flavor profiles that work perfectly in ice cream.” According to Malek, many vegetables can magically create a similar flavor to those much-used ice cream ingredients. For example, roasted carrots have a close parallel to a dark caramel sauce; fresh tomatoes can taste like in-season strawberries while spiced zucchini resembles chocolate.

In fact, Malek shared a secret during our interview: What makes veggie ice cream so appealing to customers is the authentic flavor of the vegetables. “At Salt & Straw, we’ve tested hundreds of different recipes using vegetables to make ice cream in interesting ways. We find that the best way to make a successful flavor is leaning into the natural flavors of the vegetables instead of trying to cover it up.” Apart from the natural vegetable flavors, launching different flavors for different regions is also a key strategy for Salt & Straw. “Different flavors in each region is a reflection of the local econ- omy and agriculture,” he said. “We think this makes our customers proud to visit and support their local cities.”

What Salt & Straw is looking at is also what customers want nowadays as well. According to the Simmons Research LLC’s report, between 2010 and 2017, the share of adults who made an extra effort to purchase locally grown food increased 45%. People prefer local foods more than ever.

At Salt & Straw, the new veggie flavors in the September Student Inventor Series are all created by local students in Portland, Los Angeles and Seattle respectively, and the flavors are limited to the region. When it comes to the Asian market, Malek already has some initial ideas of the tailored veggie-based ice cream as well — Butter Melon and Orange Cream Sherbet. Of course, it still needs to go through many careful tests and trials before it can be put into the market.

Recently, Salt & Straw has been working on a lot of recipes with beans. According to Malek, beans can create a more depth flavor and good texture for ice cream. This upcoming January, the ice cream brand will launch its first all-vegan menu. Malek said, “It pushes the limit on what ingredients can be used to replace cream and shows how creativity can have delicious results. 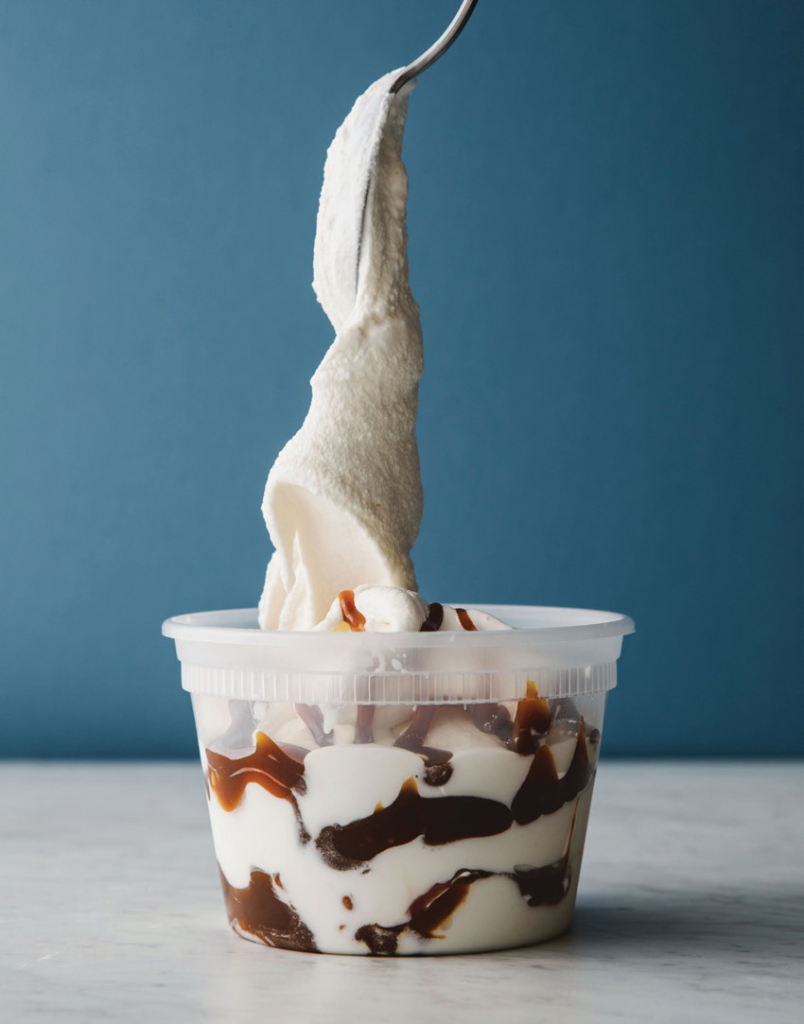 Yum Actually is such a brand. The owner, Nicole Frankel, lives in Manhattan, New York with her husband and three children. Just like many mothers, she also had the problem of making her 4-year-old daughter eat fruits and vegetables some two years ago. After trying just about every single method, Frankel came up with the idea of sneaking fruits and vegetables into her daughter’s favorite food — ice cream. At first, her daughter refused to even taste an orange and sweet potato-based ice cream Frankel made. But after a few bites, it turned out that the veggie ice cream was “Yum actually”. 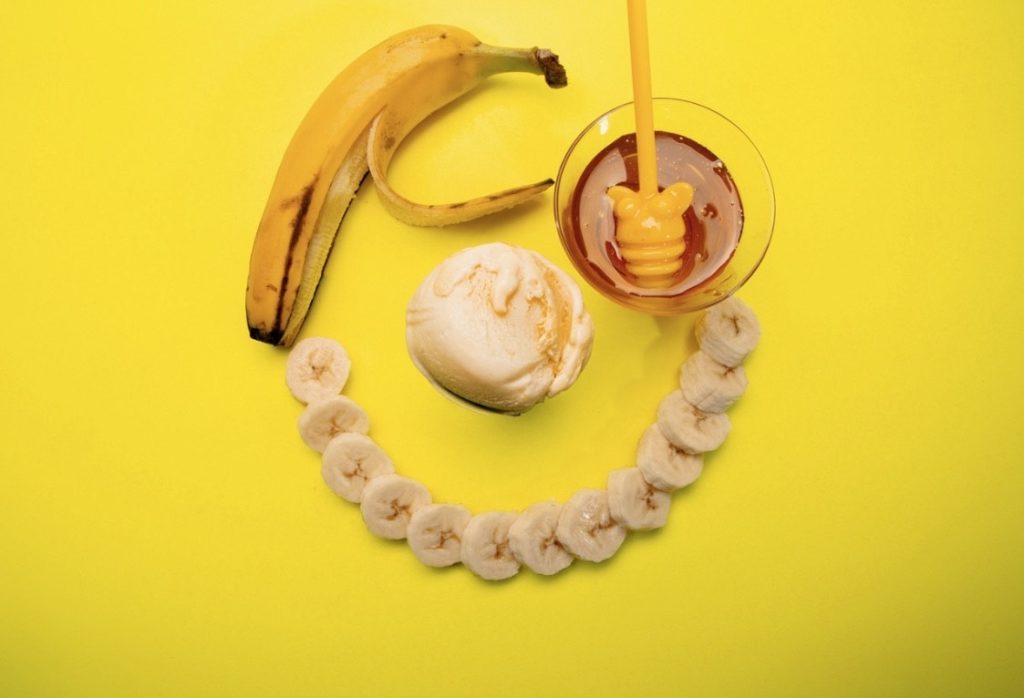 This inspired Frankel to open an ice cream shop focusing on fruit and veggie ice cream. Frankel said, “Fruit has long been used to flavor ice creams, but using vegetables is a somewhat novel idea. There are many flavorful, creamy, and naturally sweet vegetables that work great in ice cream! And parents tend to have a tougher time getting their children to eat vegetables so it’s a win-win.” According to Frankel, the company’s favorite motto is: Now parents and kids can both scream for ice cream.

By partnering with a co-packer and distributing to a selection of retailers, Yum Actually’s ice cream is now available in 17 stores across New York City. A few of those stores are independent and health-oriented. Frankel expects that the number of shops will double by the year-end. At the moment, the shop has four different flavors — Creamy Honey Banana, Butternut Squash Butterscotch, Yummy Mango, and Caramel Sweet.

The brand has received quite positive feedback. Frankel shares that the biggest customer group of her brand is parents who are looking for healthier dessert options that their kids will still love.

Apart from vegetable and fruit-focused ice cream, Frankel also tries to lower sugar content compared to leading regular ice cream brands by about 40% to make the ice cream even healthier. She explained, “What a lot of people don’t know is that ice cream is a somewhat complex science — solids and fats need to be above a certain percentage, and sugar is critical to the development of it. We worked over a year to construct a formula that is lower in sugar without using artificial sweeteners.”

Along with her team, Frankel is continuing to experiment with new flavors. According to her, not all vegetables are suitable for making ice cream in fact, especially those have very high water content like strawberries. Others may oxidize too quickly like avocados. Despite all the difficulties, she is keen to add new flavors to their product line as well as to create more non-dairy ice cream.

Salt & Straw is an ice cream company based in Portland, Oregon, USA. The company was launched in 2011 by cousins Kim Malek and Tyler Malek, famous for its innovation in flavors.

It provides yummy fruit & veggie dairy treats that are made by combining creamy fruits and vegetables with all-natural dairy ingredients to kids and families. A fruit or vegetable is always the main ingredient, with flavors built around them. The first of its kind. 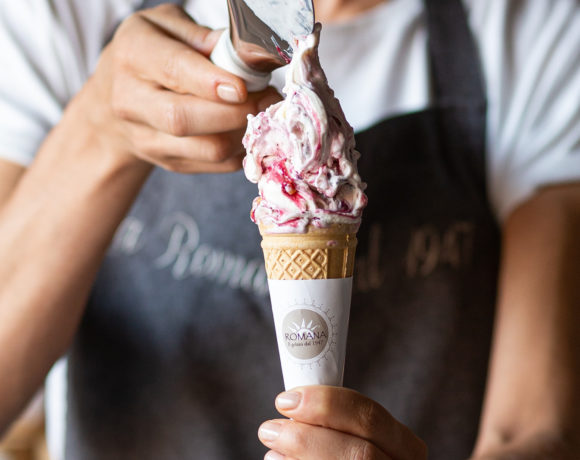 An Ice Cream Crawl under the Spanish Sun