A friend of mine is an enthusiastic girl with an Internet overdose. On her social accounts, she may post an “Instagrammable” product for which she has queued for hours, and soon after add 5 more to her exploration list. Recently, a trendy museum ice cream in her WeChat Moment triggered my interest. To an ice cream lover like me, summer is the season for ice cream, as the scorching sunlight gives me a good excuse to gulp down the dessert. I immediately ordered this specially-shaped ice cream online. To my surprise, another friend, normally invisible on his WeChat Moment, also posted this ice cream on a whim. The photo was taken in front of the museum. At a young age, he is obsessed with museums and cultural sites and insensitive to trendy stuff, earning himself a moniker of “veteran cadre”. This confused me: has Chinese ice cream become so popular? Then I realized that the ice cream market has been reshaped by the rising Chinese fad brands and Gen Z. It is no longer a field led by the heroic duo of the daily brand Little Pudding and the rare tasty Häagen-Dazs, as it was in my childhood. 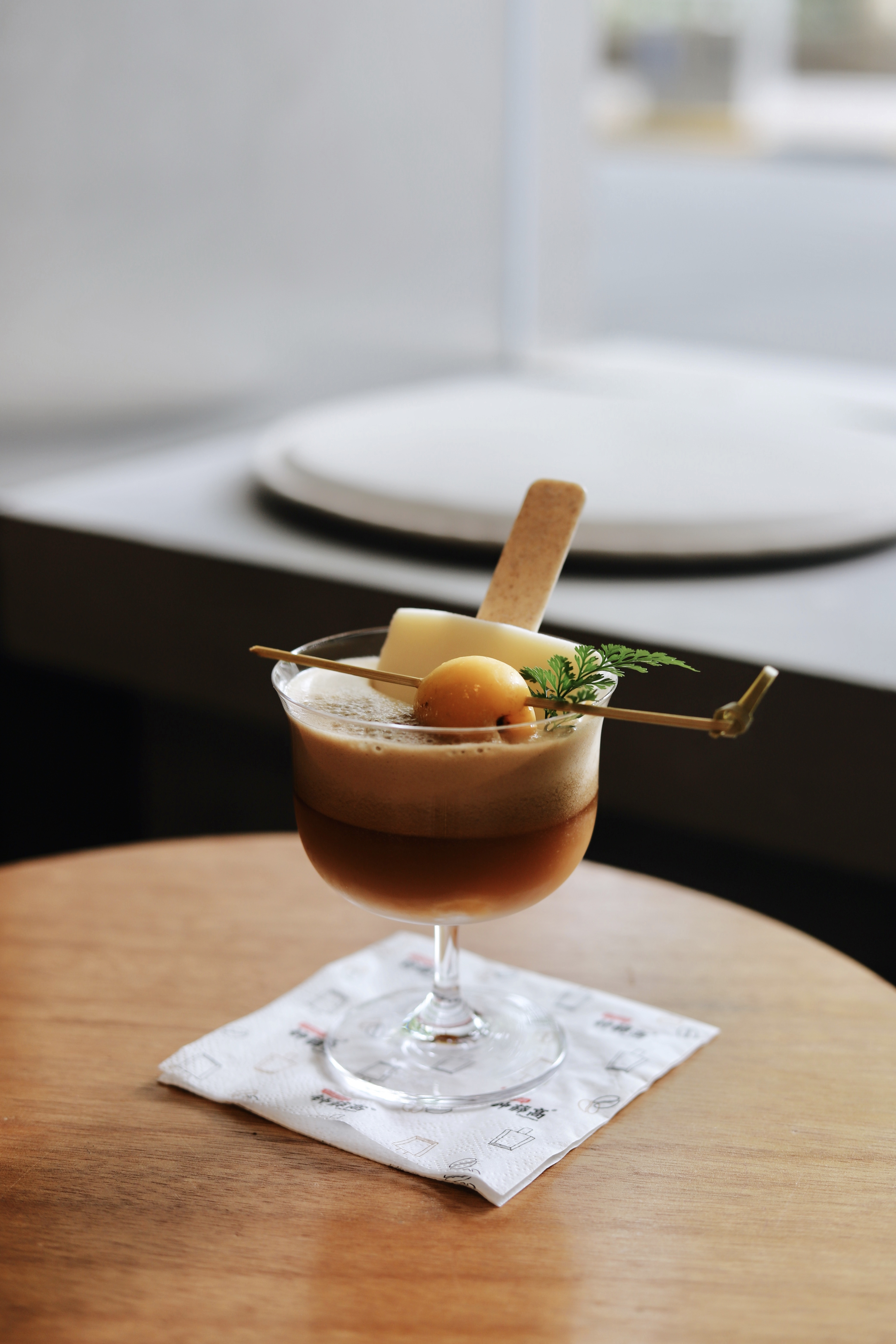 When it comes to Chinese fad ice cream, two brands must be mentioned: Chicecream and Zhongjie 1946. Founded in 2018, Chicecream creatively inserts traditional aesthetics in its trademark products featuring curved tile shapes and f ret pat terns . It al s o avoids courageous steps in ice cream flavors, sticking with light milk and velvet chocolate as mainstays, pleasant to the youth with sweet but not greasy tooth. Therefore, it stands out among its peers with complex flavors.

Zhongjie 1946 is even older. The 70-year-old brand Zhongjie Icy Dessert has embraced its brand-new form of Zhongjie 1946, entering the upgraded ice cream market on a wave of nostalgic emotions of youth. With its product price above 20 yuan, it sets a Chinese flag in the higher-end market dominated by foreign brands, starting a new heyday of Chinese Internet-famous ice cream.

2019 was the epoch-making year for Chinese ice cream. NOC, Modern and other brands launched trendy products one after another, all positioned with Chinese fad, classic Chinese aesthetics and innovative flavors. The Renaissance of these time-honored brands sent Chinese ice cream to the red sea market dominated by western-style ice cream, where the Chinese style became a class of its own.

The blazing Chinese ice cream also melts some customer habits. With its strong heat-relieving function, ice cream has always been taken as a summer snack, leading to a limited customer season. As Wang Yongqing, the operation expert in Taiwan, said, “You shall start selling ice cream in winter.” The ice cream market should not only break the habit of restricting ice cream to summer, but also unlock product values beyond relief f rom the heat, including self-healing, emotional relief and pleasure. As a type of snack, ice cream’s permissible indulgence gets more attention in the rising demand in pursuit of the good. This grants ice cream a richer connotation, making it a carrier of self expression, social bond and self identity. The youth’s pursuit of nostalgic emotions drives the prevalence of Chinese fad culture, creating an intersection for Chinese fad and ice cream.

Since 2017 when cherry blossom ice cream from Yuyuantan Park went viral on WeChat Moments and other social platforms, many landmark tourism sites replicated this idea, such as the Forbidden City in Beijing, the Oriental Pearl in Shanghai, the Ten Views of the West Lake in Hangzhou, the traditional Garden in Suzhou, the Terracotta Warriors in Xi’an, and the Yellow Crane Tower in Wuhan. Becoming so popular, they were placed under a more public spotlight. The exquisite dragon and phoenix patterns were put on a tiny piece of ice cream, looking remarkably pleasant. This brought what as a blurry historical memory close to reality, becoming a flavor with cold temperature and nice aroma. Ticking off these novelty ice creams has even become a must do travel experience.

After the famous tourism sites had enjoyed the Chinese fad dividend, some less mainstream museums also had a try. They continued the success with ice cream shaped as Sanxingdui objects and eagle-shaped tripod cauldron. It is not new for museums to make cultural products, represented by the Forbidden City which launched themed lipsticks, decorative tapes, the “ Isee ” series products and others . Culture-based products are dear to museums. However, while the tiny, exquisite products get good comments , they struggle to attract customers in a wider market. Ice cream, on the other hand, helps museums start a new conversation with disinterested youth, and gives ice cream customers a new scene to try the dessert. 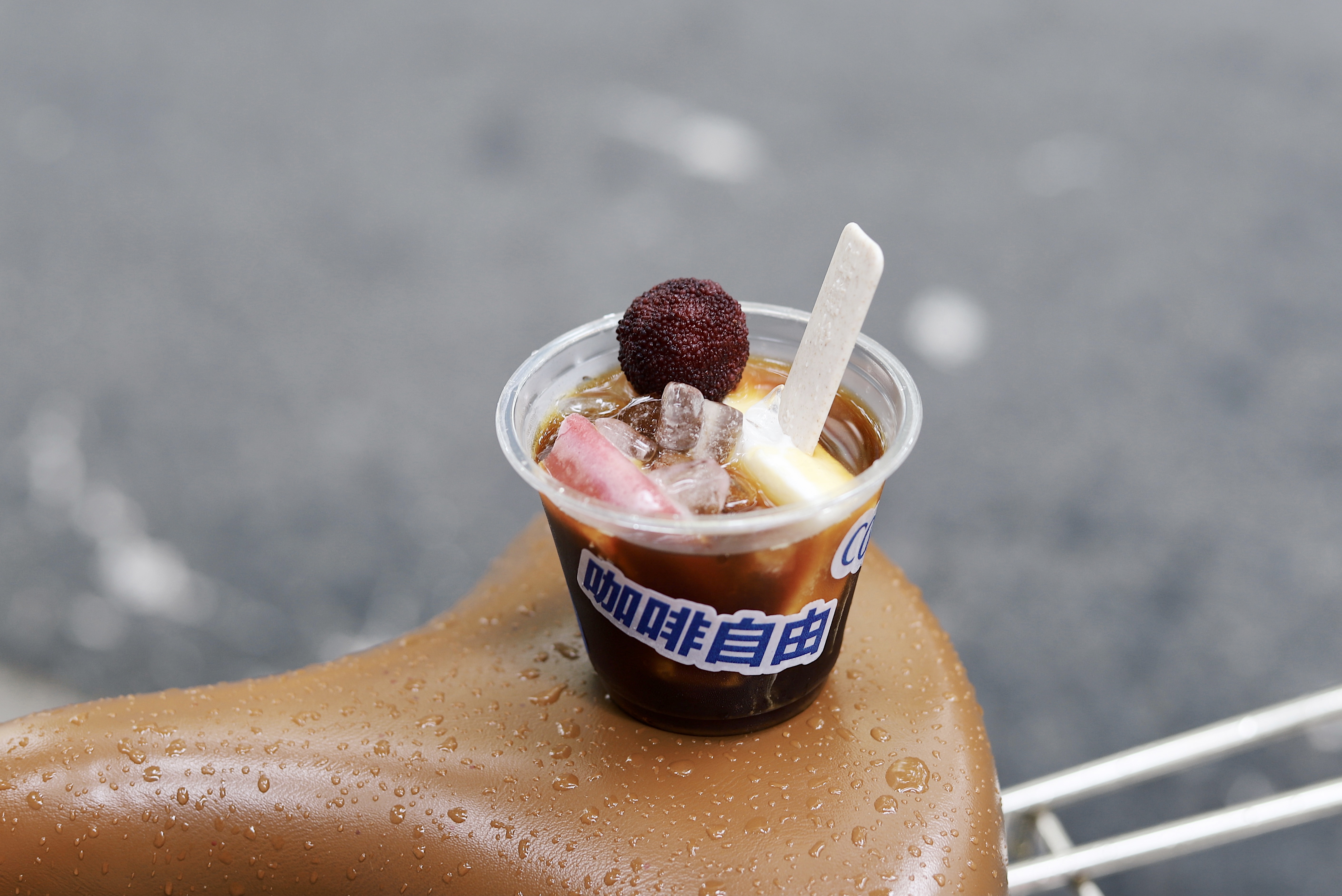 Looking at the Chinese brands, we can find that a high-end brand position, rare flavors and eye-catching product shapes are their strategies for innovation. The once-popular concrete gray coconut, salty yolk and liqueur flavors, as well as the various shapes from simple cherry blossom to complicated Yellow Crane Tower, indicate the price trends in this crowded market. The price is also pushed higher. The basic products of Zhongjie 1947, NOC and Chicecream are around 15 rmb. Chicecream once launched an Ecuador ruby coco ice cream, with a ceiling price of 66 rmb each, an ice cream version of Hermes. The higher market is in competition, but the small stores in your hometown still sell cheap products less than 5 yuan from Mengniy and Yili, and some even cheaper ones from local brands. Couldn’t the higher-end market triggering the cheap brands’s sense of crisis in our hometowns. We normally use its caps and collars to examine growth space for a market. In recent years, the higher-end brands have used Chinese fad to introduce frequent flavor innovation, special co-brand efforts and diversified supply channels. Generally, the complex strategies lead to a higher price to test the price cap for this category. In the massive lower- tier cities, the consumption scene and supply chain lagged behind those in the first-tier cities. They struggle to feed more ice cream to customers, and there is no customer foundation to support increased prices. This creates the gap between Little Puddings and Chicecream and its peers. Though this part of the market is not dominated by western-style ice cream, the higher-end Chinese fad ice cream normally priced over 15 yuan has less potential to be the leader. Similar to many foreign foods, the scale of ice cream consumption in China is lower than the international average. The same trend can be seen with other foreign treats such as chocolate. This sweet memory of our childhood, started its boom in 1990s and still enjoys rapid growth. However, the consumption per capita in China is less than a quarter of the international average. When customers pay more attention to health, mainstream chocolate products fail to penetrate to the upgraded environment, and the higher-end chocolate and healthier dark chocolate have not yet been acknowledged by the mainstream market. Since 2020, when most of the fast-consuming snacks were thriving in the pandemic, the chocolate market in China shrank by 2 billion yuan.

The outlook is certainly more optimistic for ice cream. The unique Chinese styles are still fancied by customers, and Chinese fad stories are better told with innovated popular products and upgraded consumption scene. However, to progress a market worth ten billion yuan, the pursuit merely of high price and unique experiments will encounter more restrictions and challenges.

Without the upgrade of a healthy mainstream market, the ever-competitive and seemingly-thriving market will end up with broken bubbles. In this way, the blazing Chinese fad may melt ice cream, making it drop tears. 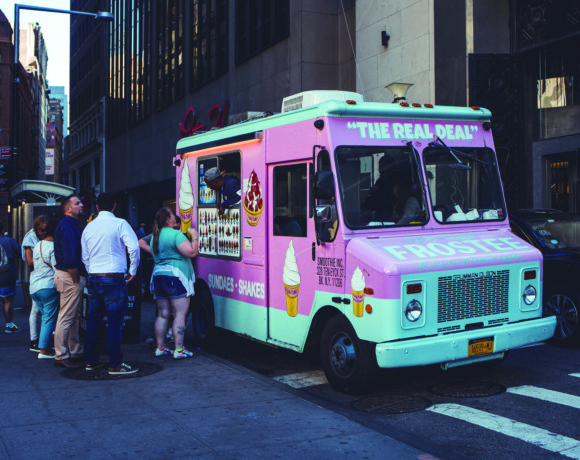 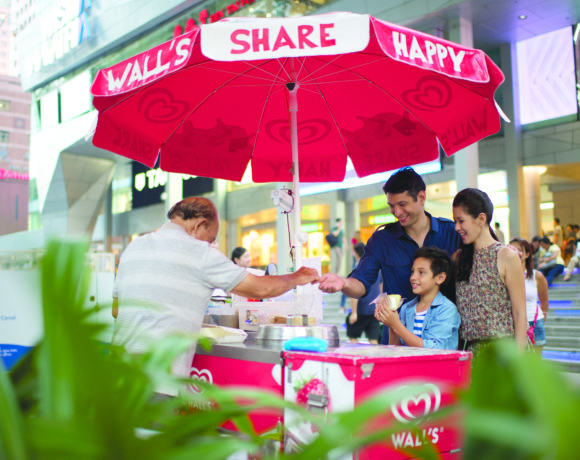