The Power of Cold Brew

The Power of Cold Brew 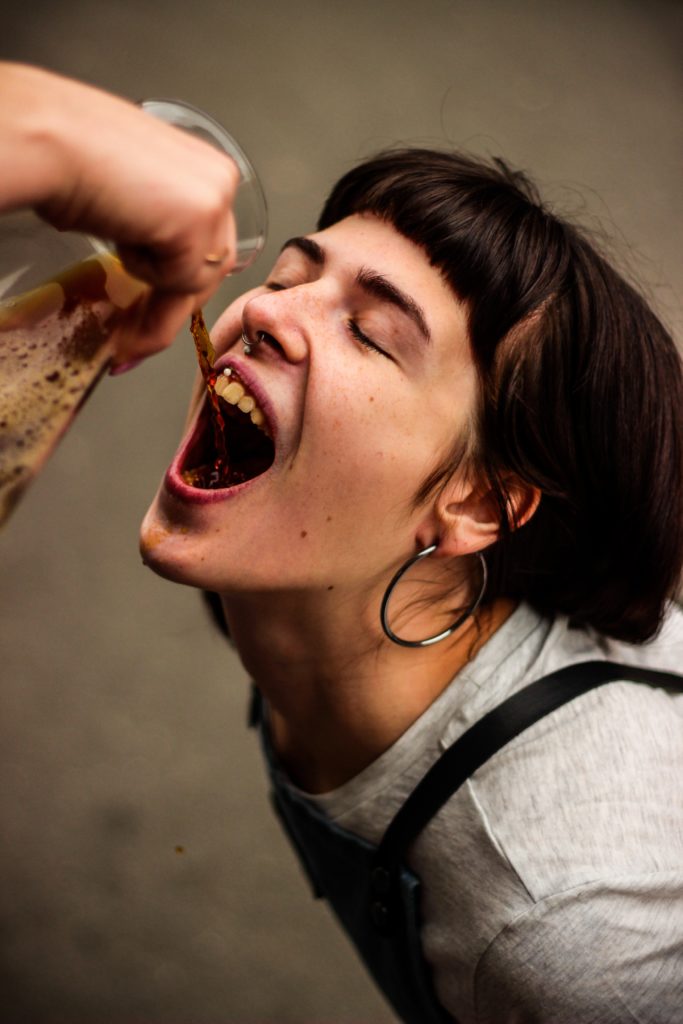 After a long time of low-key role, cold brew suddenly made it big in coffee world. The last couple of years in particular have witnessed an explosion of cold brew coffee from stores to shelves. This centuries-old brew method, however, is hardly a novel style. Why did it become the hot new product? 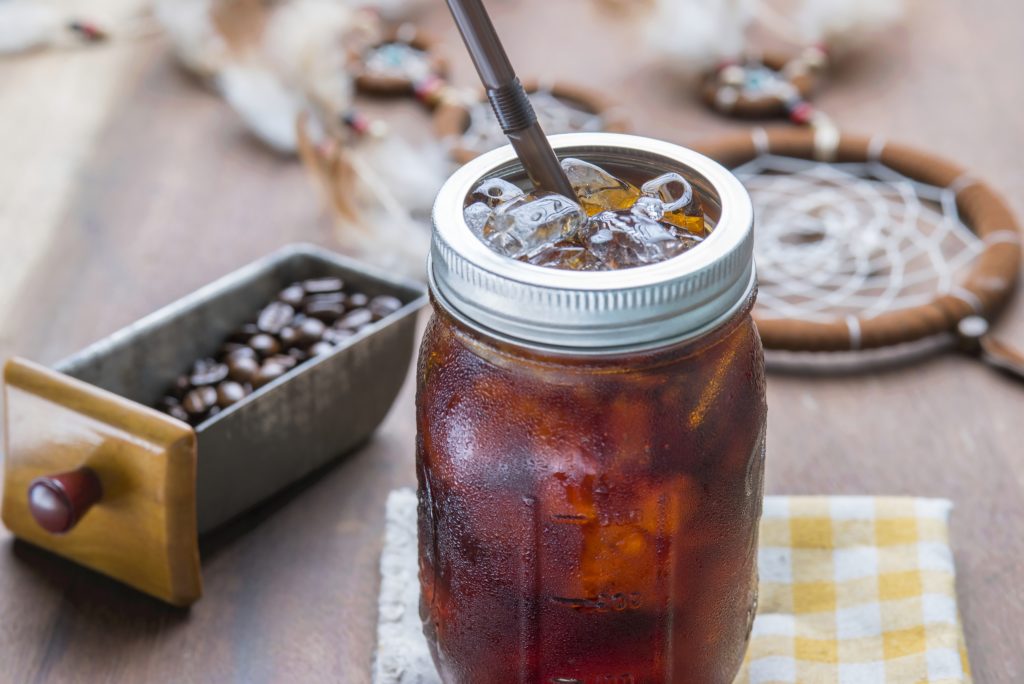 Not to be confused with iced coffee which is hot coffee poured over ice, cold brew coffee is exactly aptly-named. It is coffee brewed cool and long, sometimes through cold water dripping slowly over a bed of coffee for several hours, other time in a way that coffee grounds are saturated in cold water between 10 and 24 hours. The result is a form of concentrated coffee which is then to be diluted with water and served chilled.

As with most trends, the popularity of cold brew coffee is an outcome of a long and interesting story, and boomed by customer needs, technology advancement and innovative business. 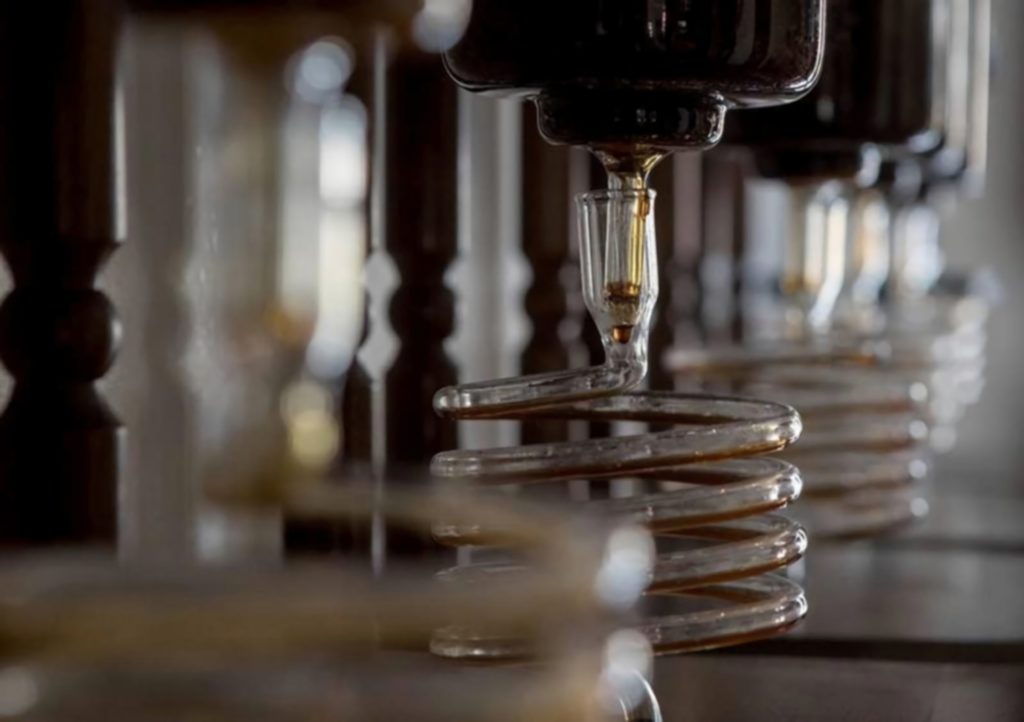 How it entered the mainstream

It is believed that the earliest form of cold brew originated with the Dutch merchants sailing from Indonesia. They created a concentrated coffee through steeping ground coffee in cold water for an extended period of time, as a means to make and transport coffee without fire required, which they would later serve cold and was available anytime and anywhere. Back to the 17th century, cold brew found its initial fan base in Japan where the cold-brewing tea had already been on when the Dutch traders introduced their drink to the country. The Japanese cold-brewed coffee, also known as Kyoto-style coffee which gained popularity in Kyoto, is nowadays made by a tower-resembled equipment to allow individual drops of water passing over a bed of coffee grounds. There are other genesis claims about cold brew referring to Java or Latin America, while either is difficult to substantiate. Broadly speaking, the origin of cold brew can be regarded as a general practice of making a coffee essence. 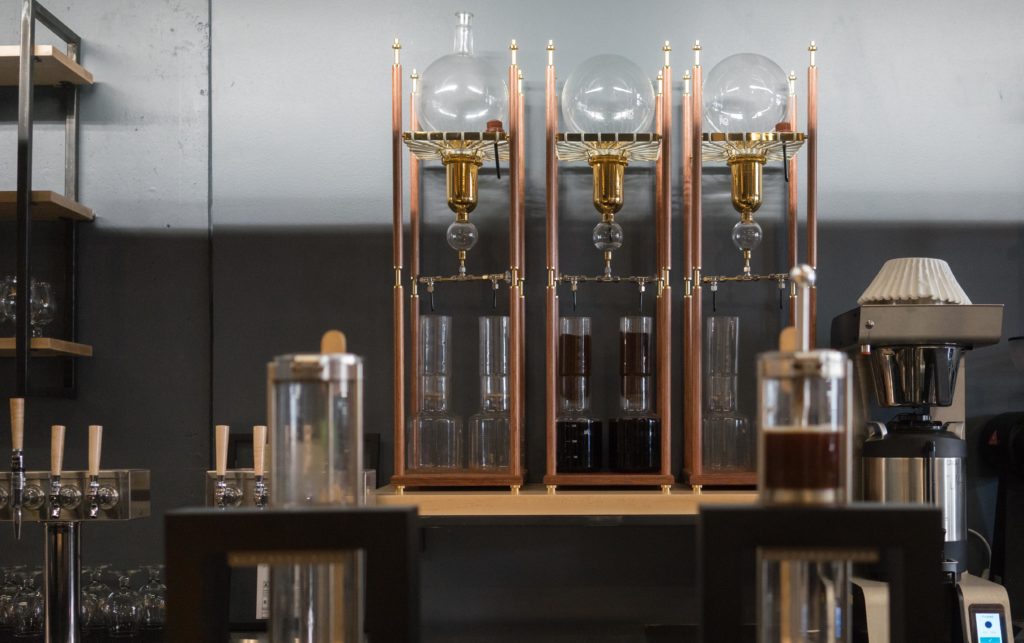 Real breakthroughs of cold brew coffee started taking off in the 1960s, when Todd Simpson, later the inventor of Toddy Cold Brew System, tasted a cup of coffee created with a liquid concentrate which was cold-brewed by an ancient method during his trip to Peru. He noticed a much milder and less acidic flavour in the coffee, which inspired him to develop his own brewing process. As a result, the famous Toddy was born, and it has been employed by a host of coffee and tea houses around the world to make their best-selling cold brew beverages. 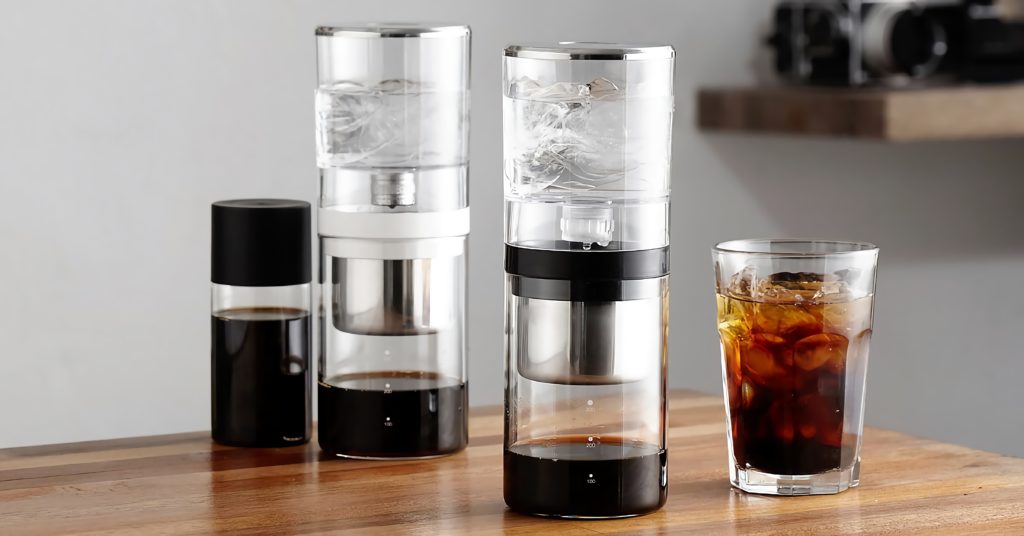 The next shift began a decade ago. The cold brew wave hit the coffee market, spurred by leading specialty coffee stores such as Blue Bottle which features a milky cold brew concocted with chicory dubbed as “New Orleans-style Iced Coffee”, and Stumptown Coffee Roasters which sells what it calls Nitro Cold Brew, their classic cold-brewed coffee infused with nitrogen. Innovative coffee shops of this kind helped popularize cold brew. Until 2015, when Starbucks embarked on an introduction of this drink to its global locations, cold brew coffee entered the mainstream. 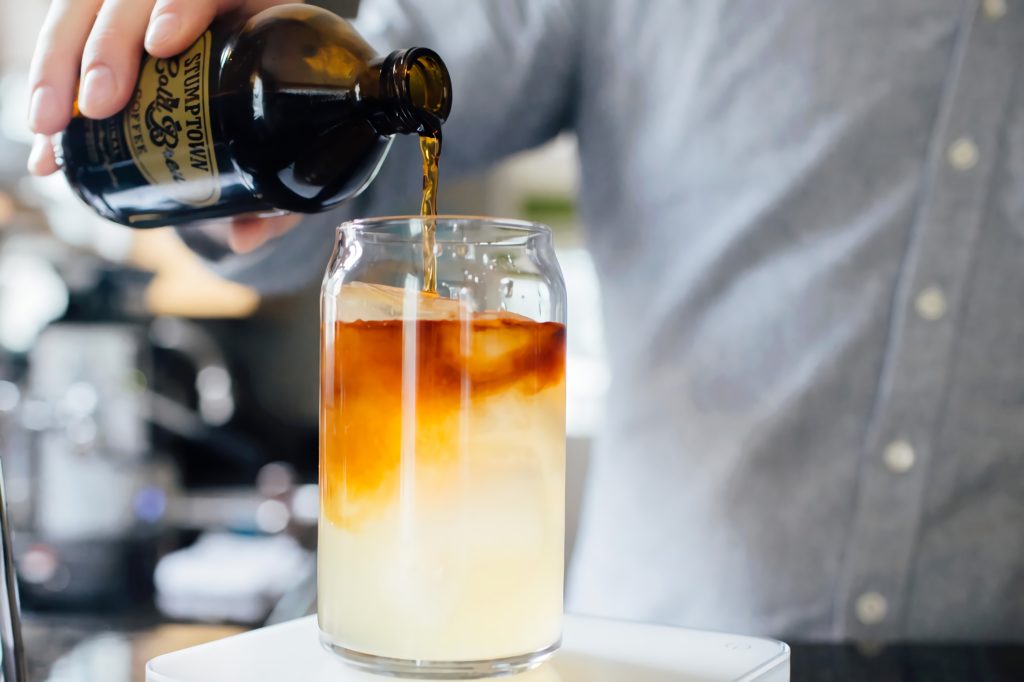 Why it is heating up

In addition to the increasing spread of specialty coffee to mass market from which cold brew benefits, it is principally fascinating due to the unique flavour it can highlight. Despite their contributions to enhance the flavour of coffee, acidity and bitterness can actually overshadow a good cup in case of poor brewing. Thanks to the low brewing temperature and free of heat, it does not allow much extraction of sour and bitter compounds, and thus resulting in a smoother mouthfeel. That does not mean cold brewing would change the savour of coffee totally, it simply displays in a different way associated with noticeable sweetness and creamy body. It is always exciting for baristas and coffee geeks to feel every nuance in cold-brewed flavour. The biggest merit of cold brew – a low degree of acidity, remains a subject of some debate, though. The main argument is that for those great coffee whose defining notes are about acidity, then the weakened brightness in acidity would be a flaw. 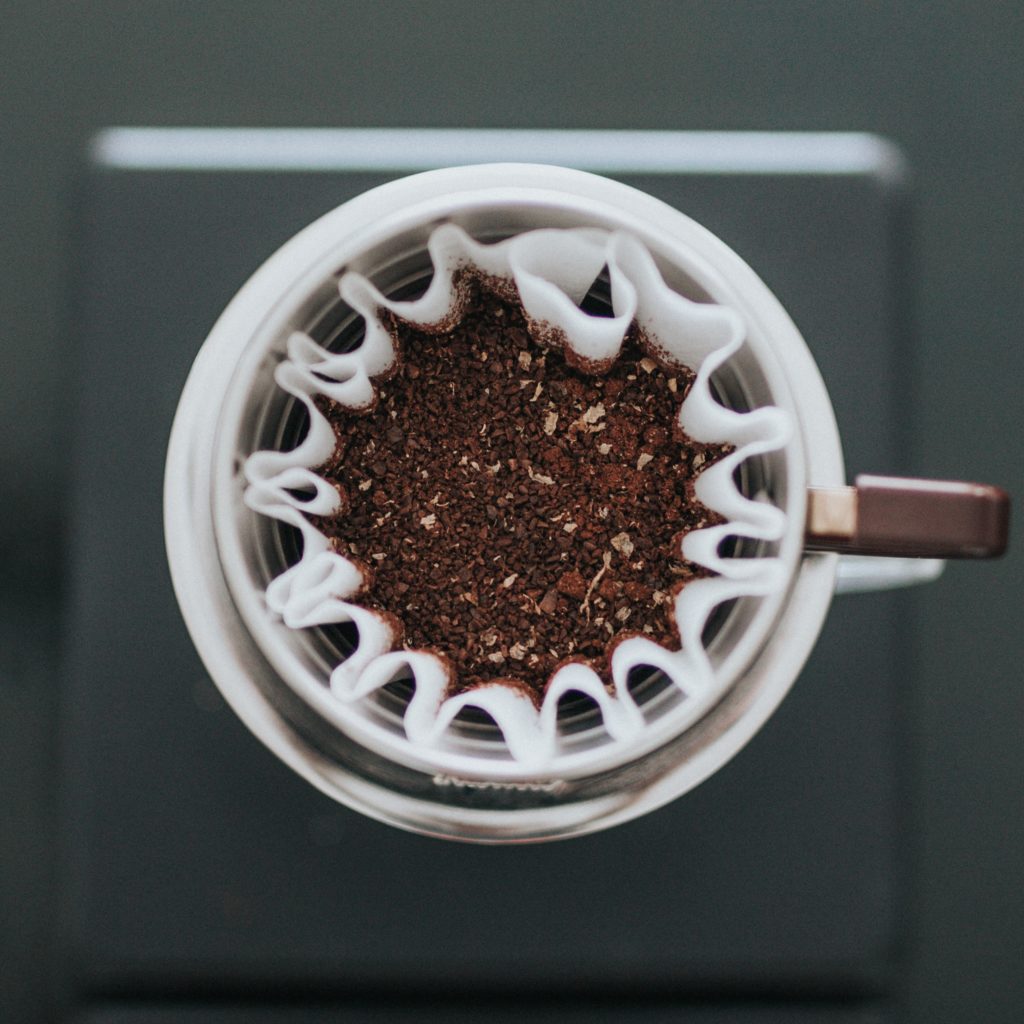 Regarding those coffee lovers who are sensitive to acidity, it is noted that cold brew contains approximately 67% less acid than traditional brewing approaches. With reduced acidity, cold brew coffee is easy to drink and more comfortable to stomach. Moreover, if coffee drinkers are after the health benefits such as antioxidants, they are better preserved in cold brew since cooler temperature leads to a slower rate of oxidation.

Besides the flavour and health benefits embodied in cold brew, there have been some newish technology changes, for example, nitrogen infusion, that might make it more palatable for the beer crowd. A big step forward, cold brew is indeed an ideal platform for ready-to-go (RTD) coffee, because it is relatively stable which allows it well suited to be packaged. The category of RTD cold brew coffee is really beneficial for coffee suppliers especially those big players who have already mastered the technology for shelf stable, since it offers them more exposure in approachable locations other than coffeehouses and to new customers about specialty coffee. Therefore, the potential of cold brew as a form of premium specialty coffee to grow is tremendous. 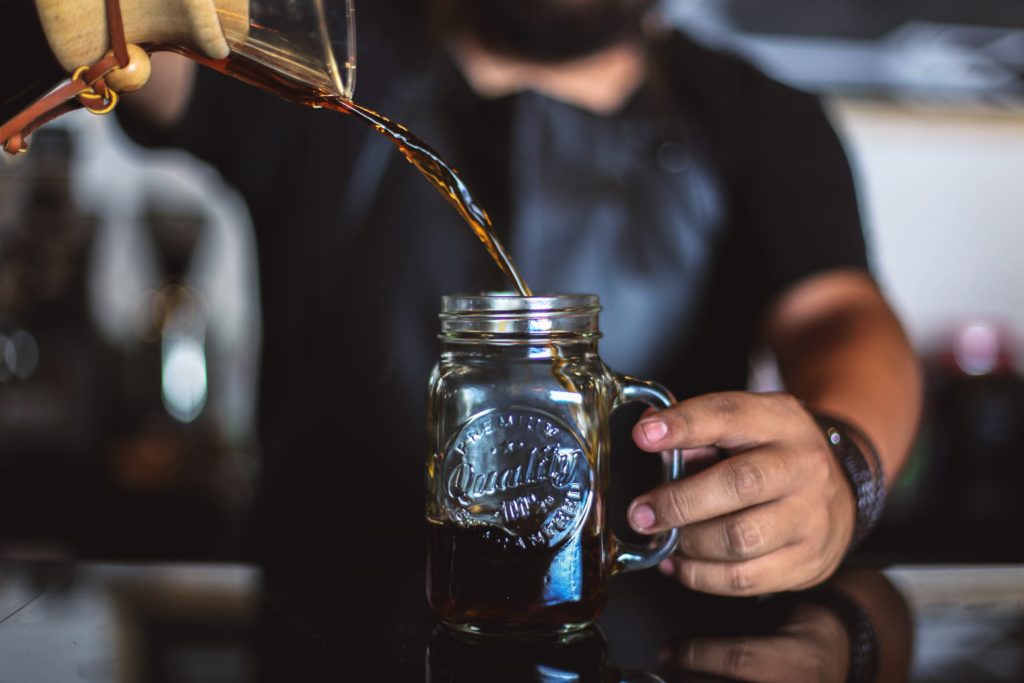 A world of possibilities

In a large sense, there are two methods through which cold brew coffee is made, one is easy-to-start full immersion way, the other is slow drip method which is more preferred by connoisseurs. The most accessible immersion approach requires nothing more than steeping coffee grounds in cold water for over 10 hours before filtration. Most coffee shops choose to use Toddy or Filtron Cold Brewer as their brewing vessel. While for home brewers, really any devices can work, like French press, Tupperware, or mason jars, and then pour over a regular filter. Because of its long saturation process, the flavour is full-bodied and well-rounded.

The slow drip method is more scientific-looking and requires more setup. You might have glimpsed a glass tower-like device sitting on countertops in some coffeehouses, with ice in a top water chamber, drop-by-drop water through a valve dripping slowly to a middle chamber filled with a bed of coffee grounds, and then via a filter down into a bottom container that collects cold brew concentrate. Common devices of this kind would be Japanese-style cold brewers such as Yama Tower and Dutch coffee makers like MyDutch. The whole procedure can take as little as 3 hours. The resulting coffee tends to have a lighter body compared to immersion method, but a brighter and more delicate flavour. While the immersion way seems easy as pie for most people to start with, the slow drip approach is an exciting challenge, where the most difficult part is to balance the water drip rate and the grind size. 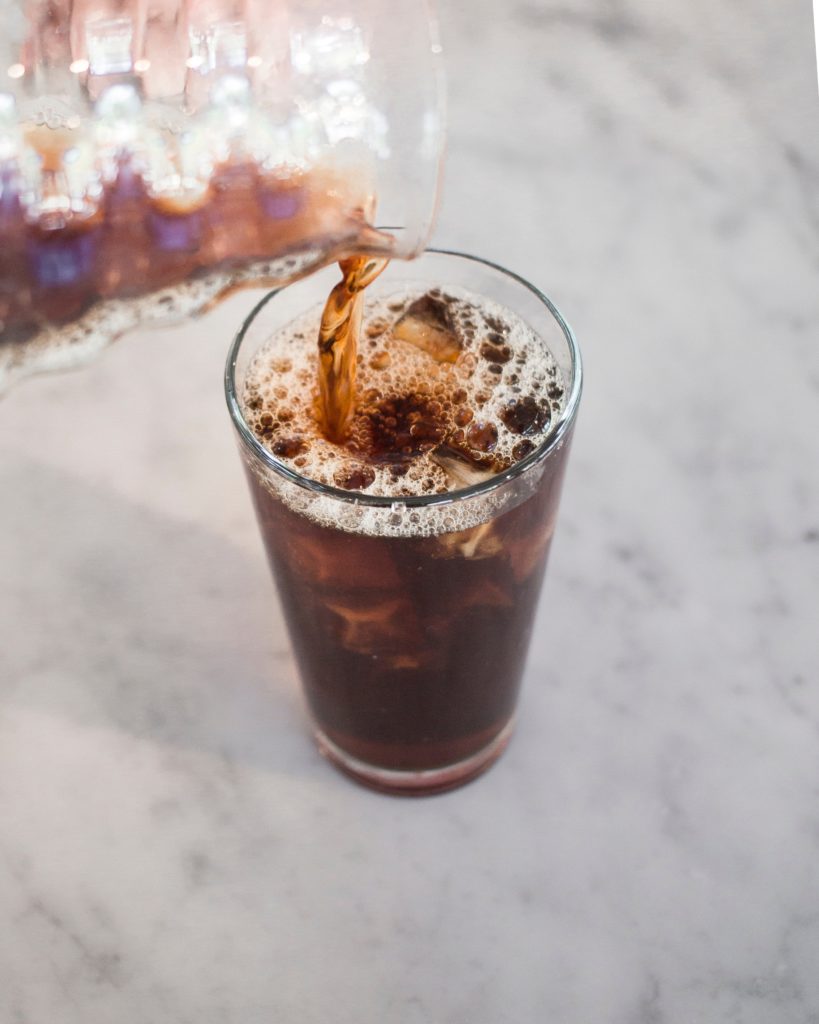 The cold brew concentrate is therefore done, while it is just the beginning of cold-brew variations. Due to the strengthened tastes of the concentrate, it pairs well with other ingredients and offers unique flavour possibilities. Dilute the concentrate with milk and you could enjoy a cold brew iced latte. For someone who is interested in Southeast Asian style, sweetened condensed milk is a good substitute for fresh milk. Mix the concentrate with tonic water and simple syrup, it sounds just fresh enough to get down to work. You won’t go too wrong with addition of lemonade or other fruit juice to your cold brew. Or try a bold combo of your spirit of choice and cold brew coffee, and you can simply serve yourself a caffeinated cocktail (just remember not to drink this one first thing after you get up)! We can see cold brew coffee has transformed from single version to multi-combinations, and we have witnessed it showing up in restaurants and bars other than coffee shops. From creative drinks attempts to Guinness-type kegs pressurized with nitrogen gas, cold brew coffee is making its way to capture the imagination and palate of more adventurous consumers. 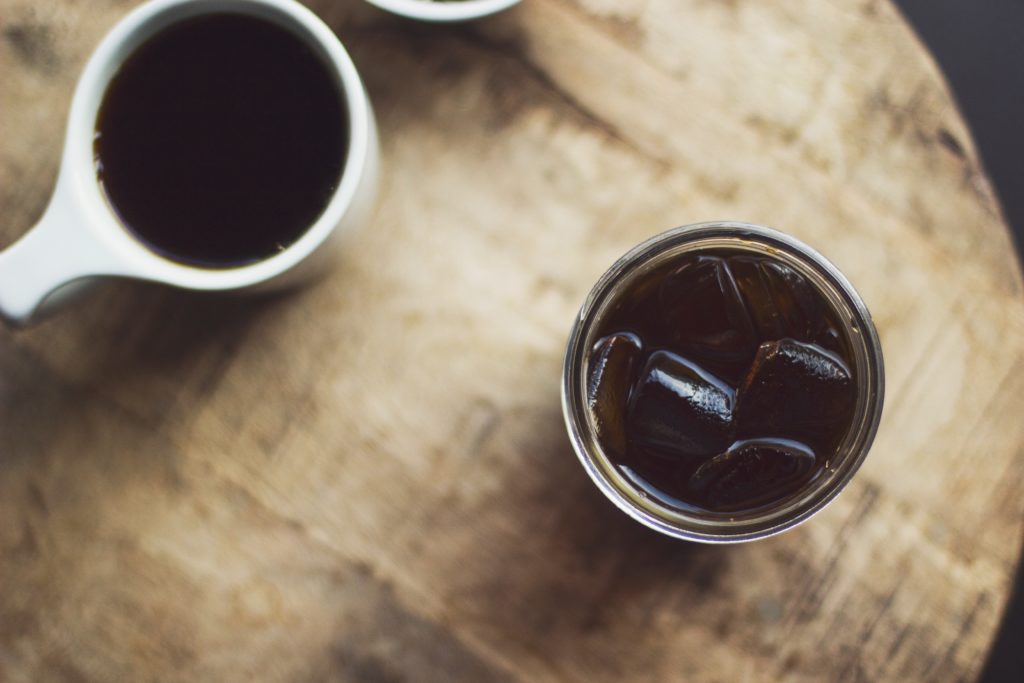 Though cold brew coffee makes a comeback over the past few years, we do not expect to see it disappear like another fad. It will evolve into more possibilities outside of the norm, breaking down a barrier in food and beverage business and integrating coffee culture into their worlds. See? There is no end to cold brew combinations. It has a charisma of both mass-market appeal and indie credibility.