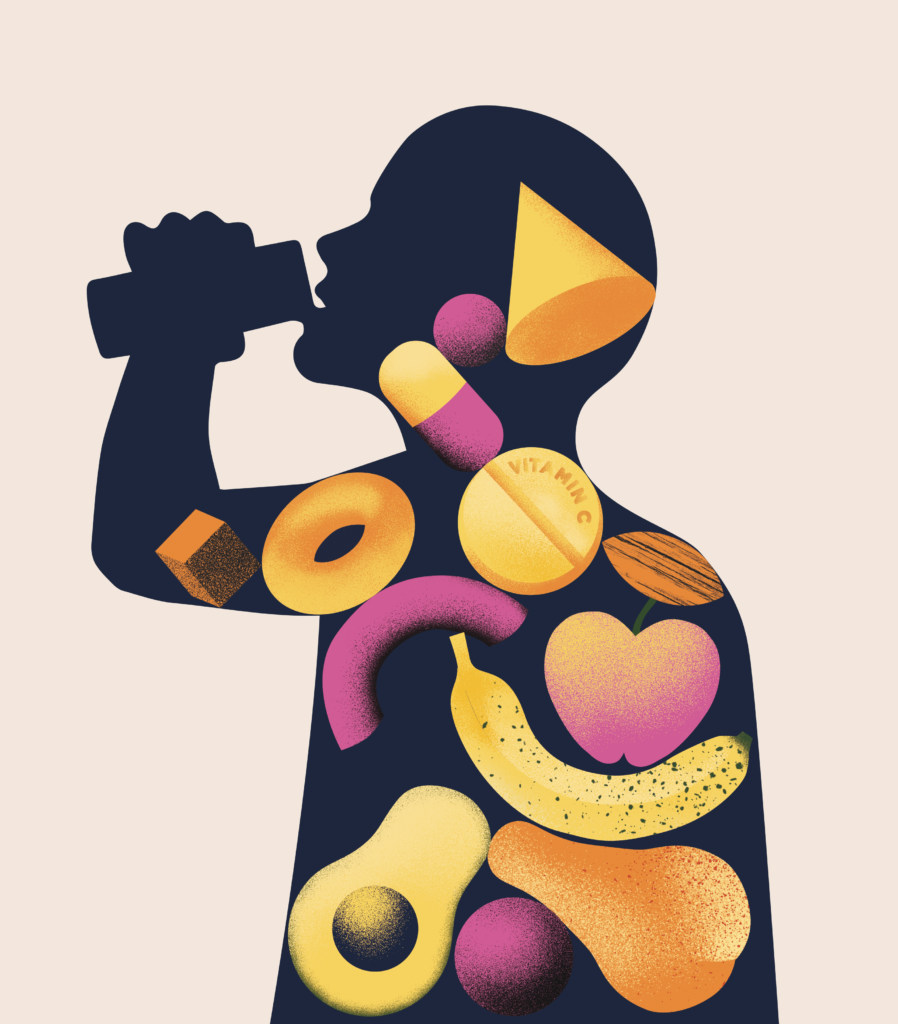 For decades athletes have turned to functional beverages to boost their performance or ward off fatigue. Think athletes rehydrating with electrolyte drinks or, more recently, football players swigging pickle juice to keep cramps at bay.

Today functional beverages — any drink intended to provide some kind of health benefit — are no longer the domain of athletes alone. Around the world the market for a huge range of functional beverages from sports drinks, enhanced water, supplements added to smoothies and other drinks, lower-alcohol beers, functional ready-to-drink (RTD) tea and crossover drinks like kombucha is booming. 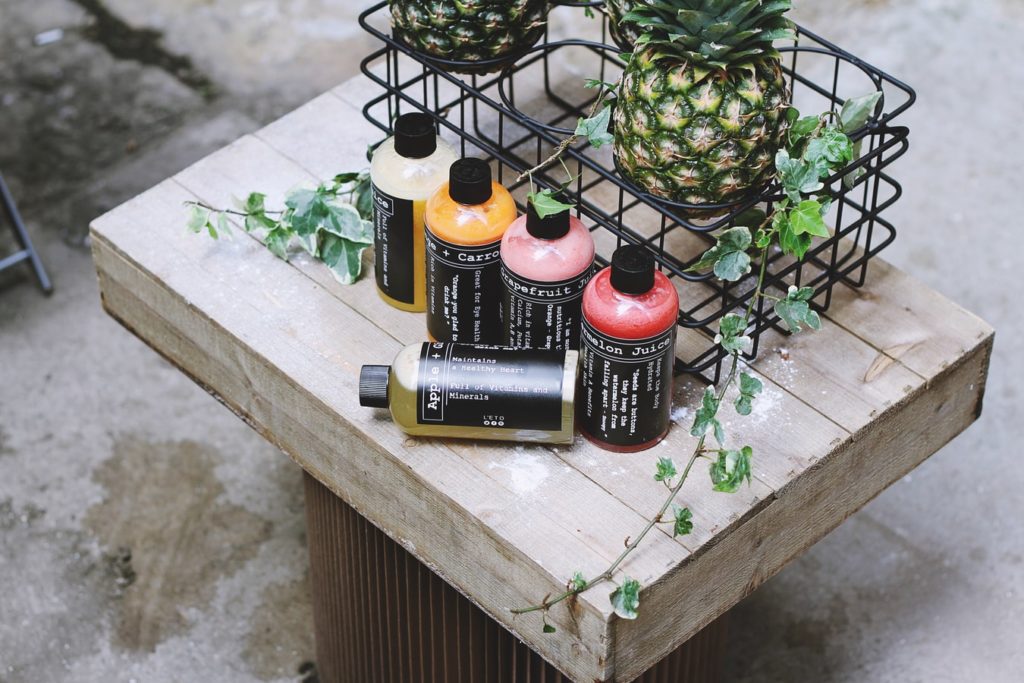 According to a report by Market Watch, functional beverages are also big business, especially those in the health and wellness section of the market. The report noted the health and wellness segment of the functional beverage market accounts for the largest market share and is project- ed to be worth US$91.25 billion by the end of 2023. The market for kombucha is a case in point. The fermented tea drink has actually been around for ages, centuries in fact, but in the last decade, it has become a global trend due largely to the popularity of probiotics found in the drink.

An April 2019 report from Adroit Market Research found, “The global kombucha market value crossed US$1.24 billion in 2018. The market is likely to expand at a double-digit growth rate by 2025, as a result of rising consumer preferences for functional beverages that are characterized by a high probiotic content.”

With a growing consumer interest in health-related functional beverages and new products being launched constantly, we wonder what is driving the trend, what concerns there may be and what the future might hold. 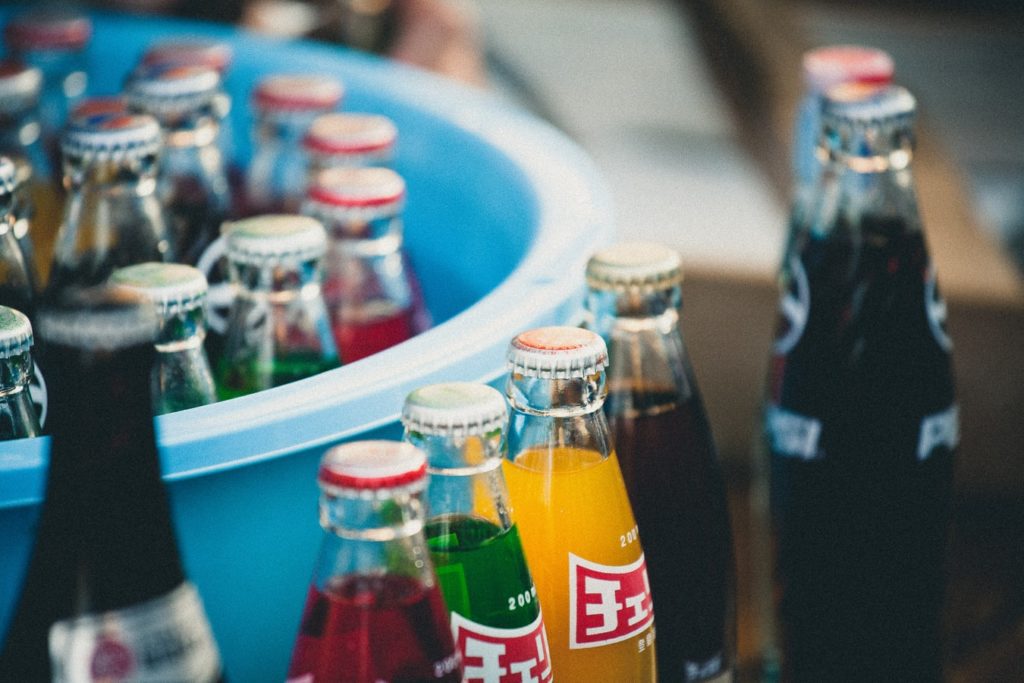 What Makes A Trend?

Kantar Worldpanel, a world’s leading research, data and insight company, puts the health beverage boom down to increasing awareness of health and wellness among consumers.

“First and most important, is the increase in people’s health consciousness,” Kantar said, “Not only in beverages, consumers tend to consume less sugar, salt and oil in their daily life.” Kantar added that an increase in disposable income accelerates the process as more people can afford to pursue a healthier lifestyle.

Consumer psychology also plays an important role in making a beverage the must-drink product. Charles Lindsey, associate professor of Marketing at the University of Buffalo in the United States attributes trend-setting to three key factors: generational change, technology, and 21st-century marketing, including social media. He said the first factor is the aging of baby boomers, which has resulted in all kinds of health-related products hitting the market as well as the concurrent in- crease of millennial spending power. Second is the role of new technologies that allow consumers to engage in behavior or live their lives in ways not previously possible. And the third factor is marketing with the strong pull and influence of social media on consumers.

“When these three factors interact, watch out,” Lindsey said, “More specifically, when a product or service becomes available that taps into the personal tastes and preferences of a group of consumers (generational or otherwise) and is marketed well (including social media), again, watch out.”

“One important factor, highlighted by Robert Cialdini[1] revolves around something called ‘social proof’. At its essence, consumers are heavily influenced by the purchasing behavior of other consumers. The assumption is that if a product is popular it must be pretty good, so I should try/use it too,” Lindsey shared. He noted marketers will typically focus their efforts on people identified as ‘innovators’ or ‘early adopters’ to create ‘buzz’ and word-of-mouth about a product, which will then influence others and help to set a trend. 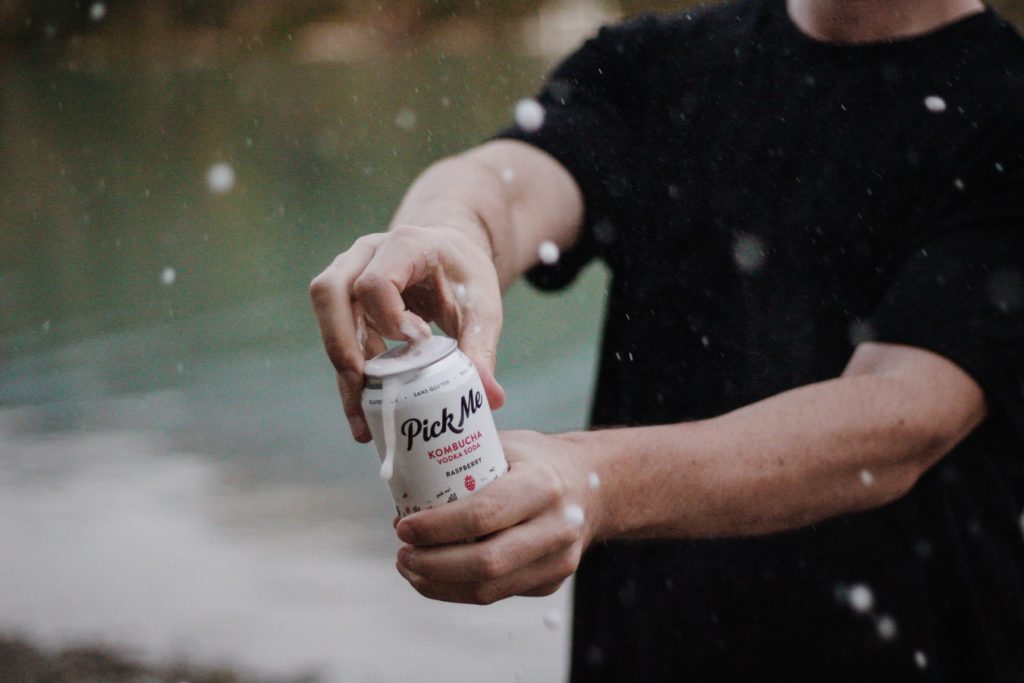 Swiss giant Nestle launched plant-based soluble coffees in almond and coconut initially in the UK in August and plans to expand it to other markets. In 2017, Canadian company Coffee Booster launched functional boosters for coffee, similar to those already used widely in smoothies and juices.

Most recently, Japanese brewer Kirin made headlines in October this year when it announced a new non-alcoholic beer, called Kirin Karada Free, with the claim that drinking it could reduce belly fat. 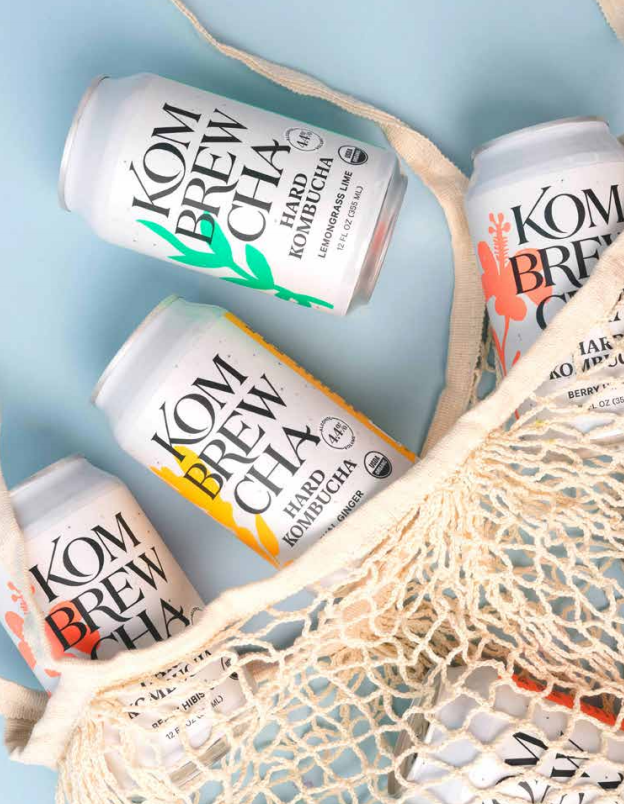 This seems counter intuitive given beer’s ‘fattening’ reputation. It is called ‘beer belly’ after all. Yet in a Japan Today article covering the release, Kirin said the product was tested on 200 overweight people who each drank one can of the beer or a placebo each day over 12 weeks. The beer-drinkers were found to have achieved a greater reduction in abdominal fat than those who drank the placebo. The ‘miracle’ ingredient is a ‘bitter acid’ derived from fermented beer hop extract.

With so many products claiming different health benefits, consumers could be forgiven for finding it all a bit confusing. Nutrition experts advise consumers to do their own research and not to rely too heavily on functional beverages to achieve health benefits. Anika Rouf, an accredited practicing dietitian and spokesperson for the Dieticians Association of Australia said it’s concerning when companies use health benefits as a marketing strategy to sell any particular kind of beverage, as there is no ‘magic bullet’.

Too Much of A Good Thing Rouf added that some beverages labeled as ‘healthy’ can actually be ‘false friends’. As she told CTI, you can definitely overdo any kind of drink, including those labeled as healthy. For example, some kombucha drinks are high in sugar and drinking it to excess will lead to a high overall calorie intake, something that is not healthy. There is also a caffeine content in kombucha and some other functional beverages that should be considered.

Rouf advised consumers to read labels to check for sugar content and consume any beverage in moderation while maintaining a healthy eating plan. She said there are lots of foods and drinks that provide things like probiotics, so we don’t need to rely only on a functional beverage to get them. 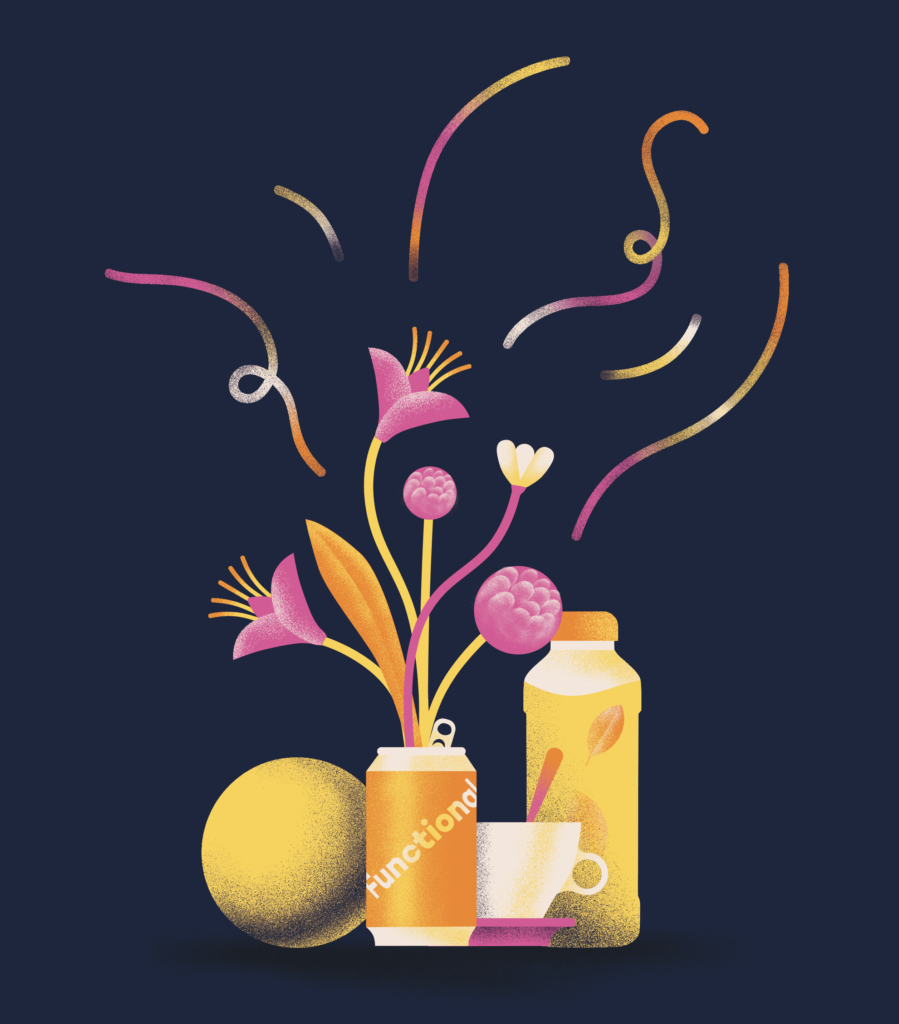 The Next Big Thing The current trend for health-related functional beverages is tipped to continue. Kantar thinks premiumization will be the next big thing.

“There’s a strong healthy trend in today’s beverage market. We see the low-calorie or sugar-free categories and similar products as over performing in the market,” they shared, “Consumers are willing to pay extra for the health-labeled beverages, and manufacturers are looking for a higher mar- gin area, there will be an interesting chemical reaction. Clear benefits, nice design, and good communication with consumers will definitely help the brand attract more buyers.”

Lindsey sees the next beverage trends coming in the form of plant-based protein and cannabis-based products. Government regulation will likely impact how far cannabis-based beverages go in the market. In terms of how products are marketed, the growth of private labels and direct-to-consumer marketing are forecast to become trends in the beverage area.

Kantar warns that with a lot of market players competing for the attention of consumers, beverage producers will have to be at the top of their game to maintain customer loyalty.

“Consumers are not that loyal to one brand or one product, and the market changes so fast. It’s hard to predict, but what we can do is to stay close with the latest market trend and performance and react accordingly. And also pay attention to those market disrupters, they may bring new technology, new concepts, and new rules, which may also change the trend.” 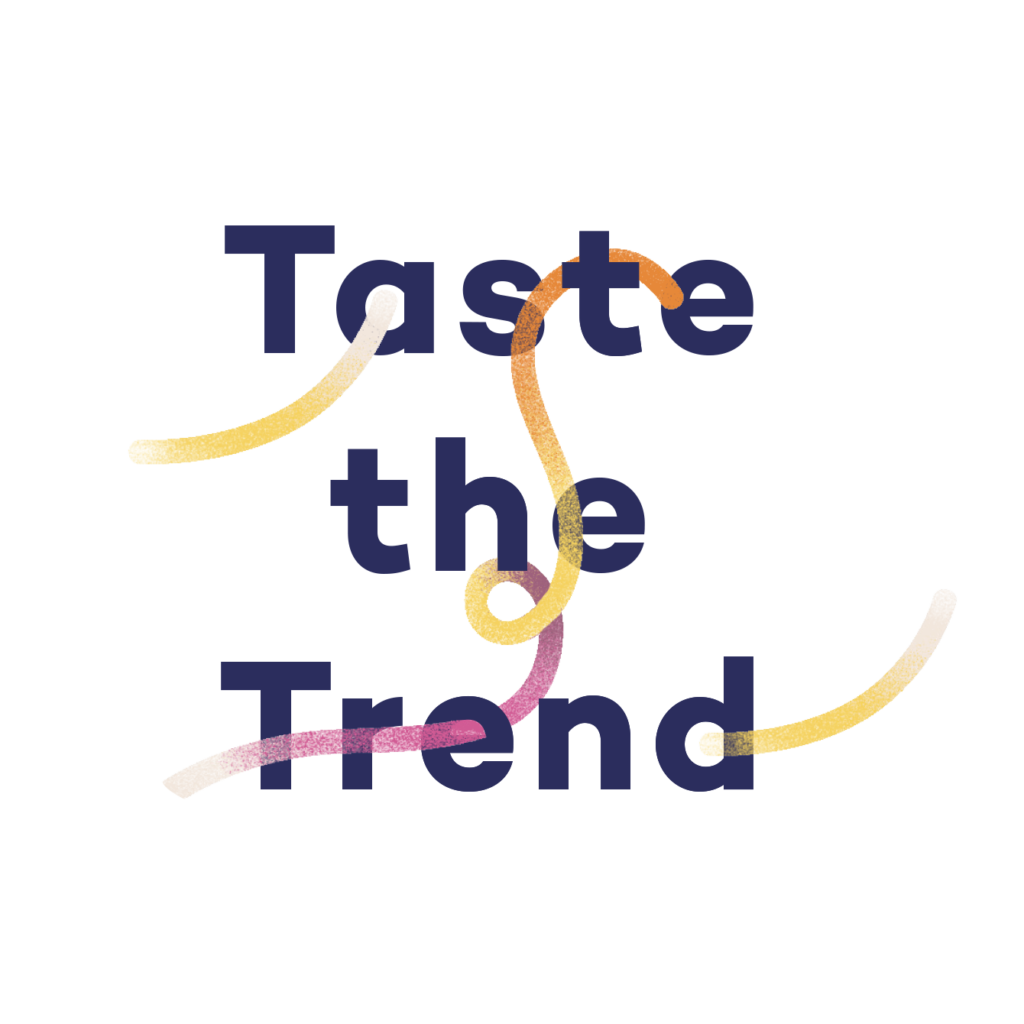 [1]Robert Cialdini: An American Professor and author regarded as an expert on influence. 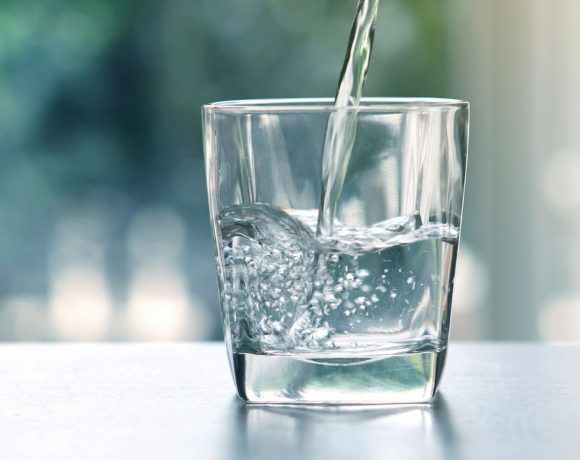 This Time Water Plays the Lead