Starbucks Ties Up With Alibaba to Deliver Coffee i...

Starbucks Ties Up With Alibaba to Deliver Coffee in China 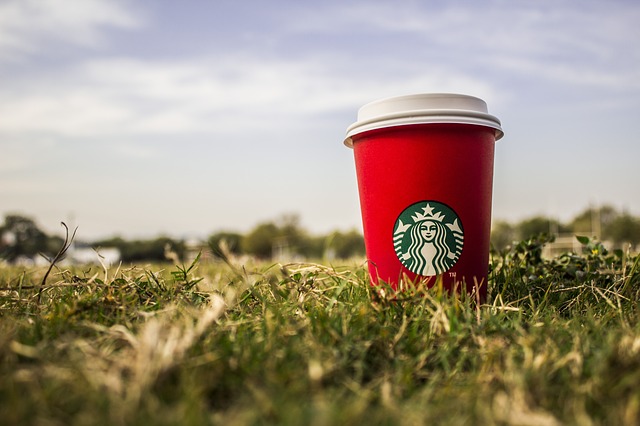 Starbucks Corp. is joining with e-commerce giant Alibaba Group Holding Ltd. to deliver beverages and snacks, according to people with knowledge of the tie-up, as it seeks to reverse a sales decline in China.

Under the deal set to be announced later this week, Alibaba’s Ele.me food-delivery unit will provide delivery this fall, the people said.

Starbucks declined to comment on the partnership with Ele.me, but the company said last week it is planning to take on a partner for delivery services in China.

“We start this fall in Beijing and Shanghai, with plans to expand across the country as we enter calendar 2019,” Belinda Wong, chief executive of Starbucks China, told analysts as the company reported quarterly earnings.

Starbucks has long dominated the premium-coffee scene in China, with more than 80% of the market as of 2017, according to the latest estimate from Euromonitor International, a research group.

But trouble has been brewing all summer. In late June, the company said a government crackdown on third-party delivery services was taking a toll on sales. Last week, Starbucks said sales in China fell 2% for the three months ended June, compared with 7% growth for the same period in 2017.

Analysts say the blame for the slump extends beyond the delivery crackdown, which was aimed at weeding out unlicensed operators.

“The problem is Starbucks is no longer viewed as an aspirational brand,” said Shaun Rein, managing director of Shanghai-based China Market Research Group.

Starbucks is also facing increased competition, including from startup Luckin Coffee in Beijing. Luckin has opened 660 outlets since January—mostly bare-bones shops where the coffee is brewed and carried to customers by scooter-riding delivery workers. Customers order via a smartphone app and get a free cup of joe if their beverage doesn’t arrive in 30 minutes.

The company was founded by Qian Zhiya, 42, who previously co-founded Chinese car-sharing service UCAR Inc., a rival to Didi Chuxing Technology Co. Luckin entered the unicorn club in July after a $200 million financing round valued it at $1 billion.

A medium cup of Luckin American-style coffee costs $3, compared with $4 for a comparably sized Starbucks beverage. Mr. Rein estimates the company has already captured 5% of the market.

“Luckin tastes good and is cheaper,” said Lin Jinghan, a 32-year-old business analyst who orders from the Chinese coffee chain three times a week. “It’s also convenient: you open the app, order what you want, choose the delivery option, and then wait in office. That’s something Starbucks doesn’t have.”

As Starbucks moves into delivery, it will be important for the company to execute at a high level, said Summer Chen, an analyst at research firm Mintel.

“If Starbucks cannot guarantee fast delivery and coffee quality during the process, its adoption of delivery would backfire on the brand,” Ms. Chen said.

Starbucks stands to gain if Alibaba uses its marketing clout to steer customers to its coffee, said Jeffrey Towson, an investment professor at Peking University.

Starbucks has mostly had the China market to itself since opening its first store in the country in 1999. As Chinese incomes and consumption rose, China, traditionally a tea-drinking nation, witnessed an explosion of coffee-drinking in the larger cities.

Since then, the market size of specialist coffee shops in China has risen to 30 billion yuan ($4.5 billion) and is expected to grow 50% by 2022, according to Euromonitor.

As a result, many of Starbucks’s global competitors are looking to cash in. British coffee chain Costa Coffee, with 459 stores in China, plans to have 1,200 outlets by 2022. Canada’s Tim Hortons announced in July that it would open more than 1,500 shops over the next decade.

During the earnings call, Ms. Wong acknowledged the threat from rivals, but said that none could match Starbucks’s product quality and store ambience.

“While recent coffee market entrants have chosen to capitalize on delivery, combined with heavily discounted offers, there are significant compromises at play in terms of quality, experience and business sustainability. These will prove to be short-lived,” she said.

Starbucks also has loyal fans such as Wang Yi, a 26-year-old freelance writer in Beijing.

“What I am looking for at Starbucks is not just a cup of coffee, but also a place where I can work and socialize,” said Ms. Wang, “It’s the Starbucks experience that matters most to me.”