Bringing Design to Back to Bas..

Luckin Coffee Gets Listed on NASDAQ on Friday

Luckin Coffee Gets Listed on NASDAQ on Friday Xiamen-based Luckin Coffee went on IPO on NASDAQ on Friday and priced its price at the top end of its targeted price range of US$17 and sold more shares than planned, raising a total of US$695 million. Trading under the symbol “LK,” the coffee brand is now valued at US$4.25 billion, which is the largest Asian IPO by the size of funding on NASDAQ this year so far. 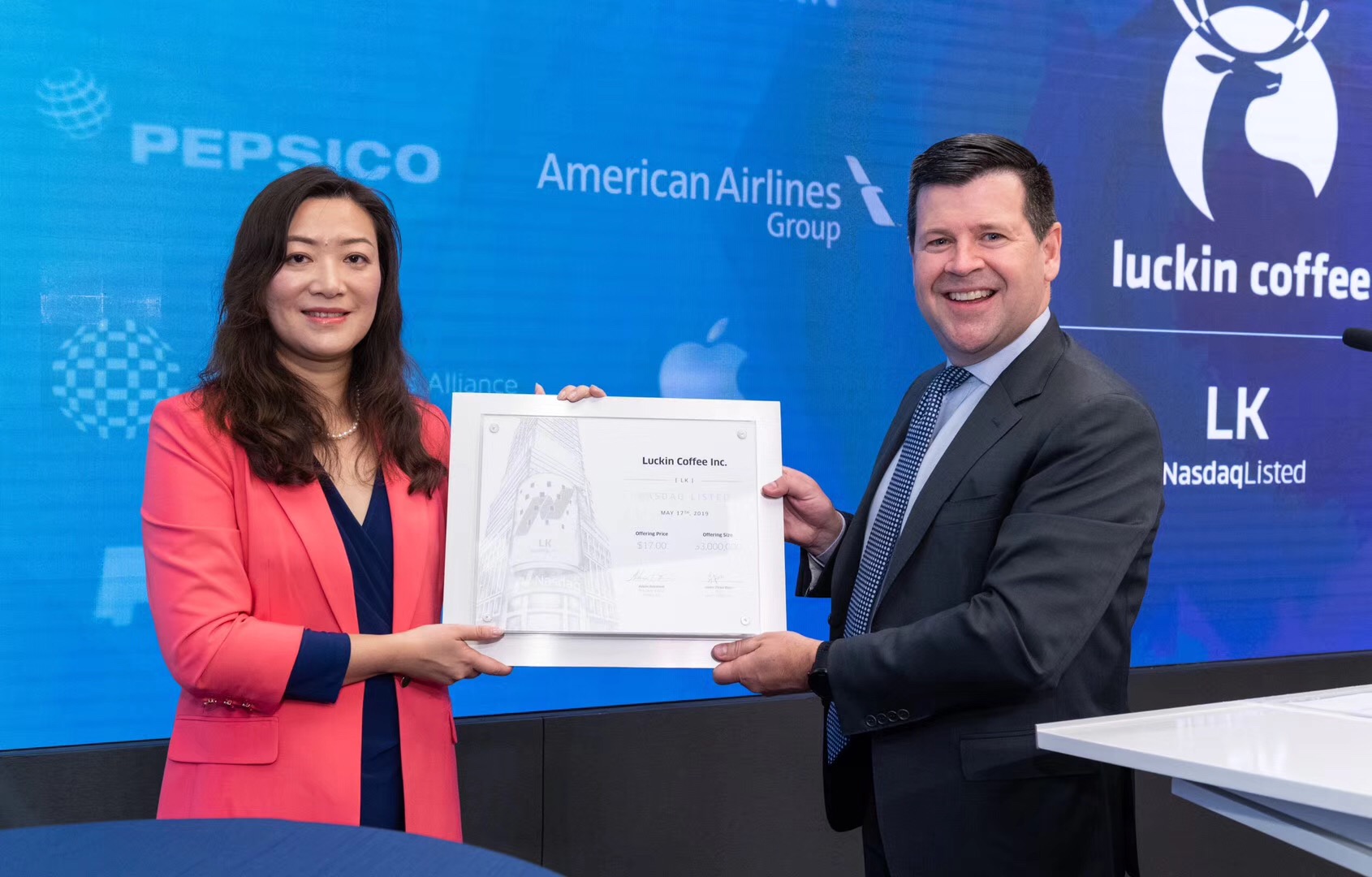 In about 18 months, Luckin has opened more than 2,300 stores in 28 cities across China with an aim to have more branches this year. It is now the second largest coffee chain in China, next to Starbucks. The company announced the completion of its B round of financing of US$150 million in mid-April.