Melbourne to Host the World Ba.. 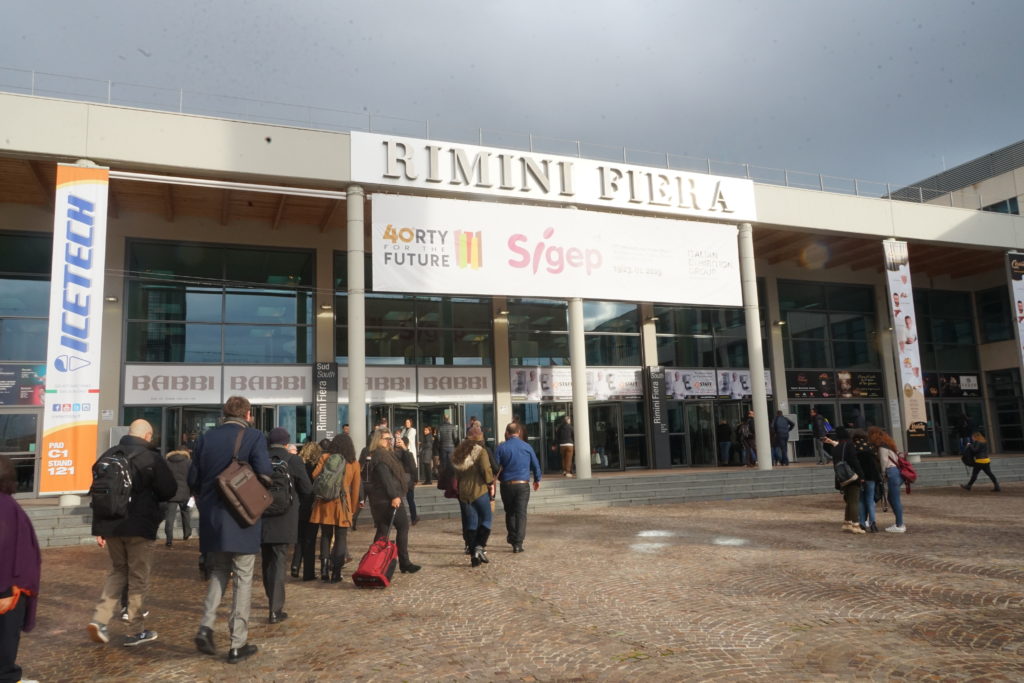 Rimini, 24th  January 2019 – A constant observatory on sweet business, long complete product chains, all the export destinations, real business contacts from a qualified public, diligent matching between professionals who speak the same global language, a place for information and training for the sector, terrain for related and new markets. This is an overview of the 40th SIGEP organized by ITALIAN EXHIBITION GROUP (IEG), which ended yesterday at Rimini Expo Centre. On the five days, this year SIGEP again hosted an overall total of 200,000 visitors, of whom 32,848 were foreign buyers from 185 countries. Germany and Spain were the countries from which the largest number came, followed by France, Poland and England. There was also important participation from large markets such as the United States, the Russian Federation and China. 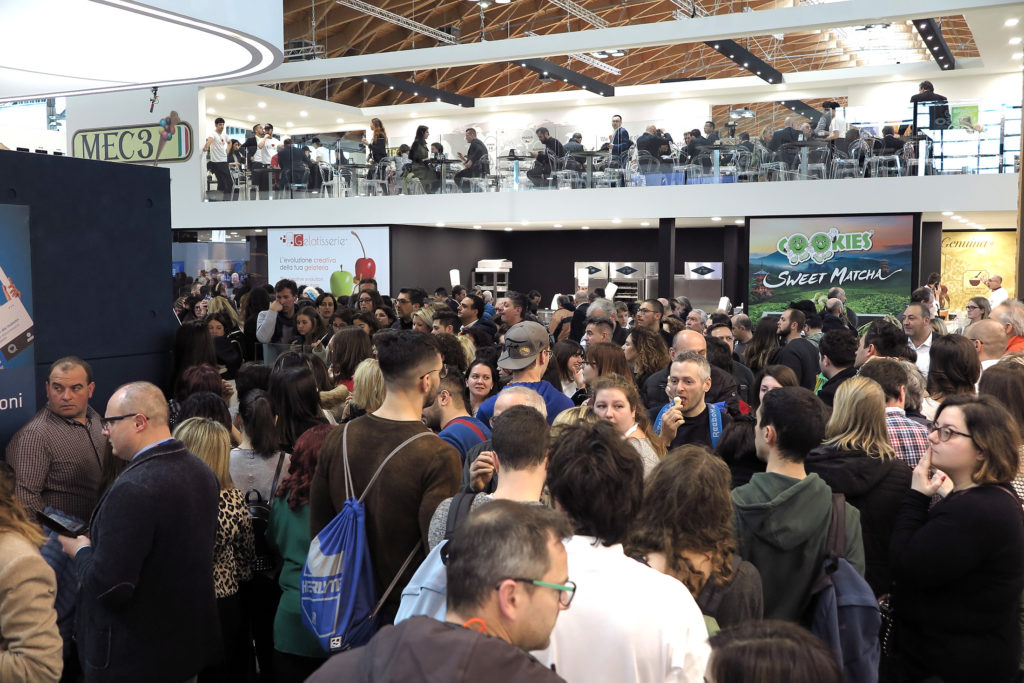 IEG CEO Ugo Ravanelli stresses, “Opening SIGEP on the 19th of January, Minister Centinaio effectively summed up the show, saying that what he saw at the expo centre was an extraordinary example of the virtuous alliance between companies’ excellence and the ability to represent Italian-made products in the world. This is the structural datum that emerges from the 40th SIGEP, its ability to attract foreign trade members, up on last year by 2% and arriving from five continents, thanks to the strong promotion activity, which also featured the strategic partnership of the ITA, with delegations from 10 foreign countries.” 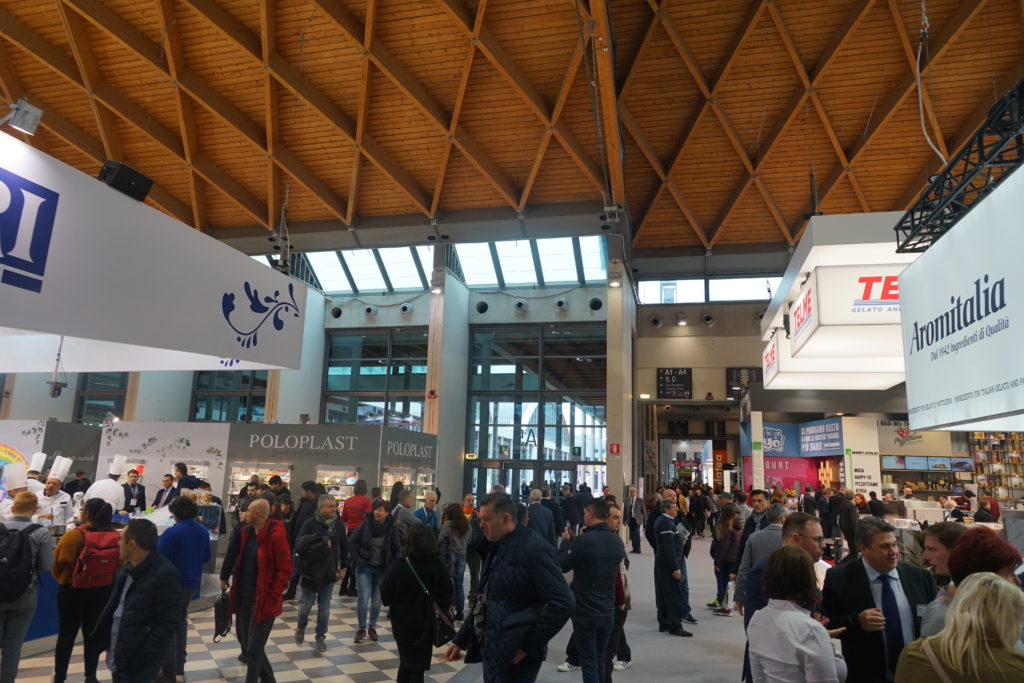 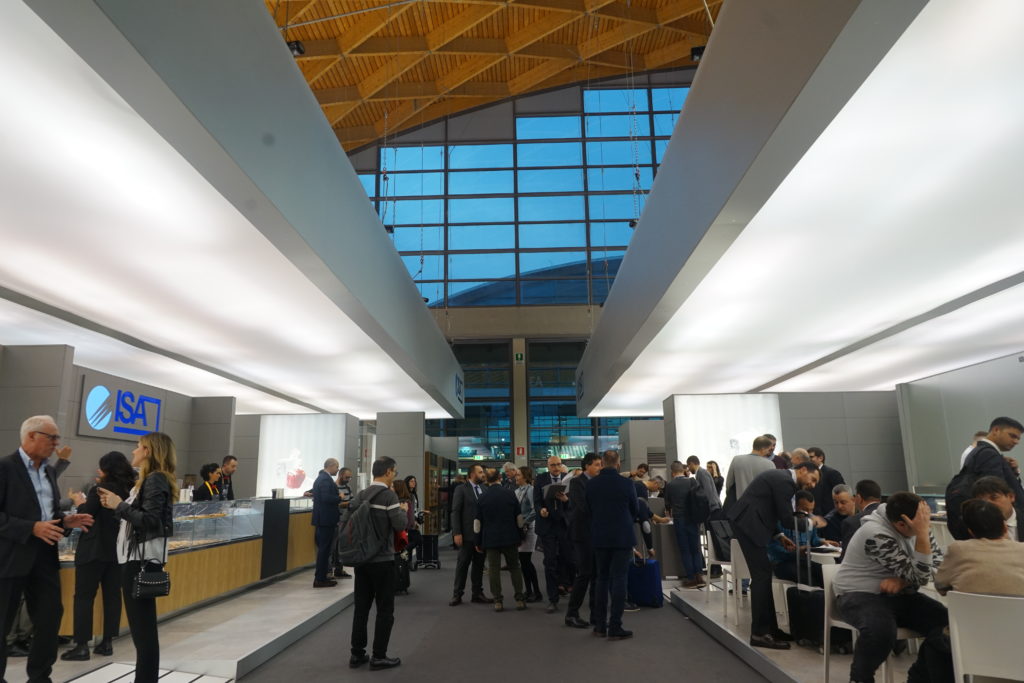 The world artisan confectionery show, at which the key players were the gelato, pastry, bakery, coffee and chocolate product chains, ended with more figures typical of a leader: 1,250 exhibitors occupied the entire expo centre’s 129,000 square metres, 1,294 events were organized on the official program and by companies, 925 journalists were accredited, of whom 138 were foreign, with a total of over 200 million media contacts to date. 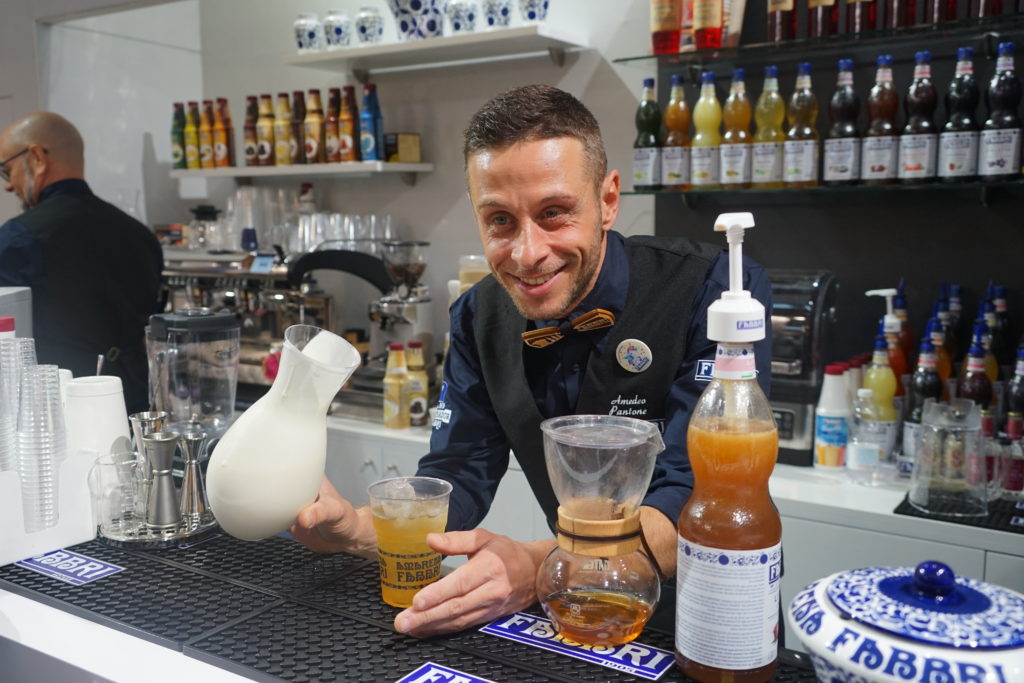 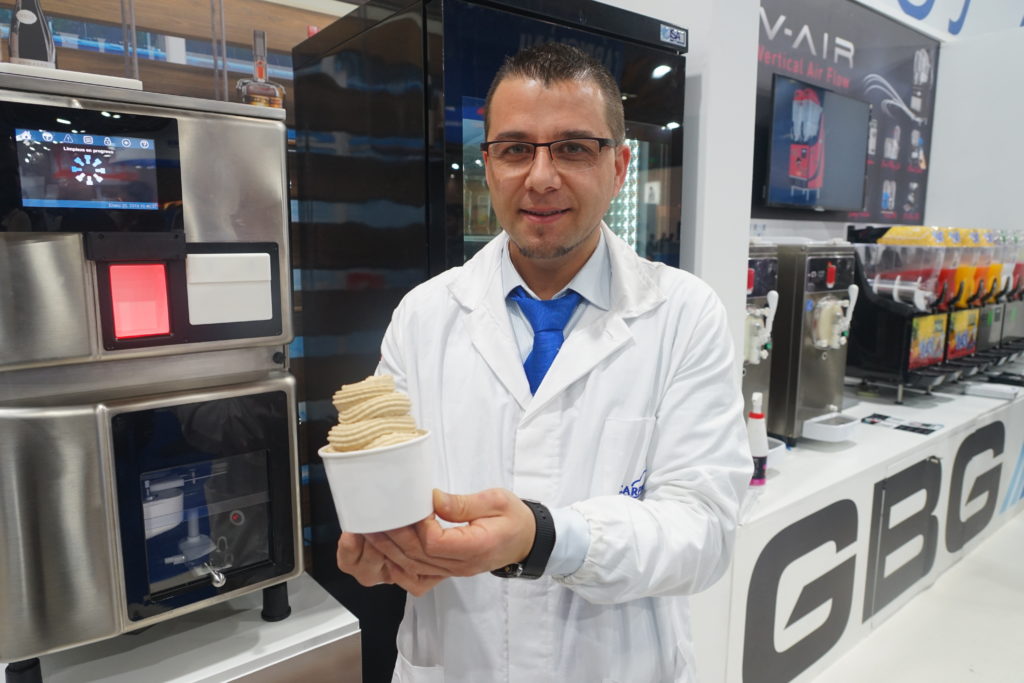 90 hours of live coverage were aired from the SIGEP arenas with 51,700 video contacts from 110 countries worldwide (particularly France, Germany, India, USA, Russian Federation, Spain, UK, Switzerland and Croatia). The SIGEP2019 app was downloaded over 9,000 times. SIGEP confirms its role at the world’s business platform, connecting the five key product chains, increasingly represented – starting from products’ countries of origin – and integrated with each other. 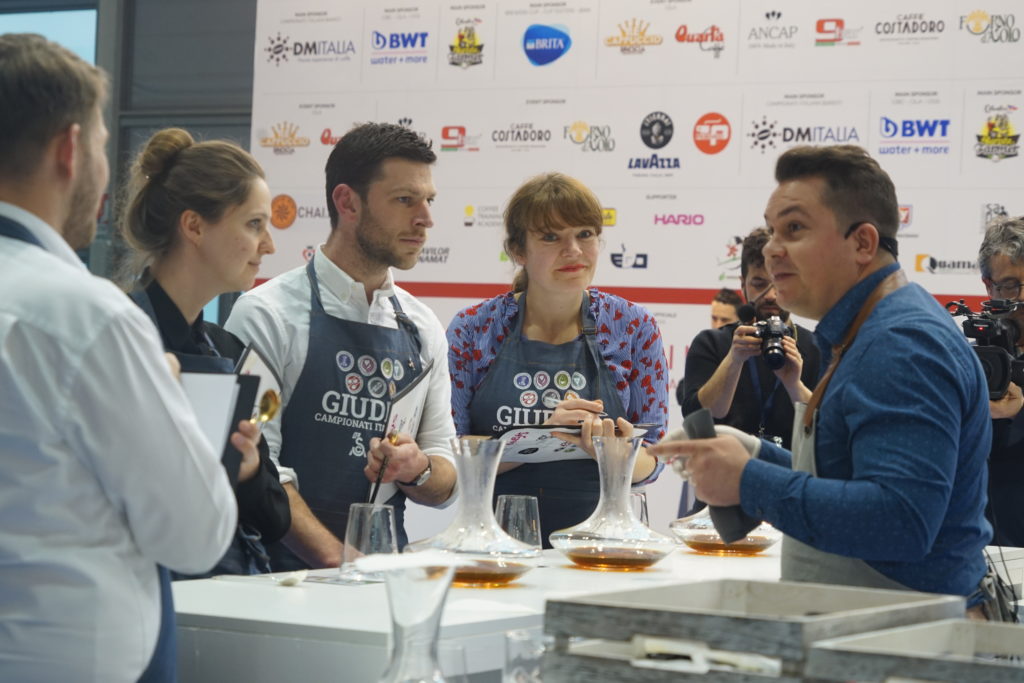 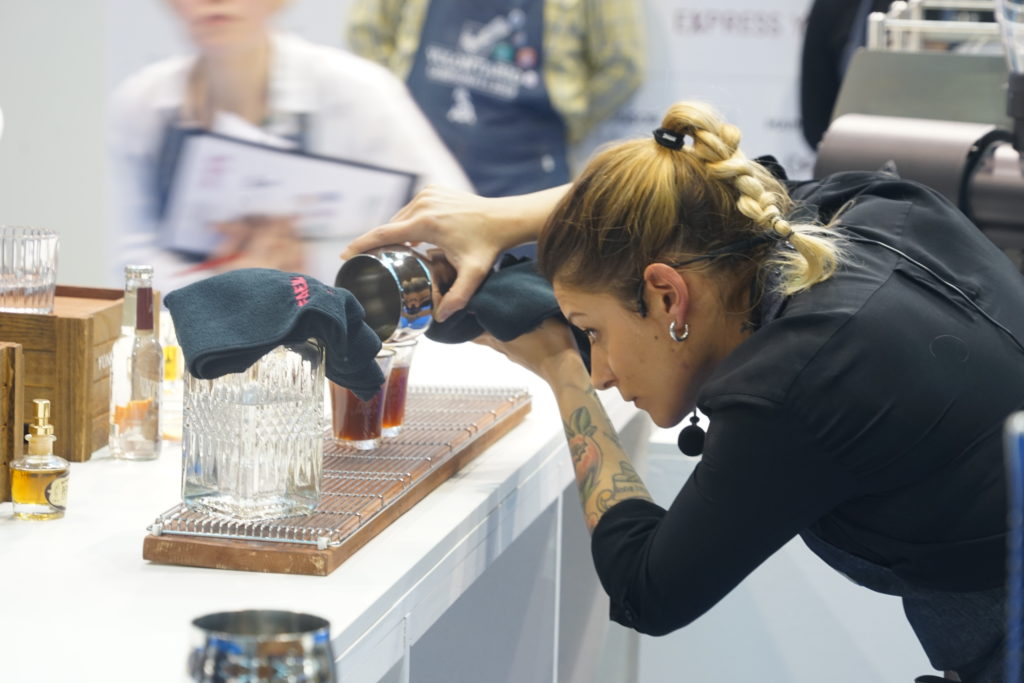 A stage for trends, a reunion of great international professionals, a concentrate of technological innovation at the service of the creativity and quality of sweet food service’s Italian-made products. The 40th anniversary edition fully satisfied Italian and foreign trade members, concentrated non-stop on an agenda of business meetings with qualified trade visitors, driven by a growing demand, thanks also to the SIGEP digital Platform which ensured 10,000 meetings scheduled with buyers, access to dossiers on the markets with the greatest expansion and the exploration of new sectors for numerous investors paying close attention to such a dynamic global market. The ability to be a source of business information is another peculiarity of SIGEP, which provides the market with an up-to-date insight on the scenarios and prospects of growth with its Observatory. At this edition, the opening event must be mentioned and – focussed on innovation and internationalization, trends and new formats, as well as case successful histories – attracted the attention of international trade members. The highlights of the endless series of events – all extraordinary, as is the case only at SIGEP – included the Junior Pastry World Cup, won by Italy, who came in ahead of France and Singapore, the World Coffee Roasting Championship, which was at SIGEP for the 40th edition of the show after its stop in China, SIGEP Gelato d’Oro at which the Italian team was selected for the Gelato World Cup and at SIGEP 2020 (18-22 January) will challenge other 12 national teams, the international project Coffee & cocoa growing regions, which SIGEP presented along with IILA (International Italo Latin-American Institute) with institutional guests and enterprises from Ecuador, El Salvador, Venezuela and Honduras. 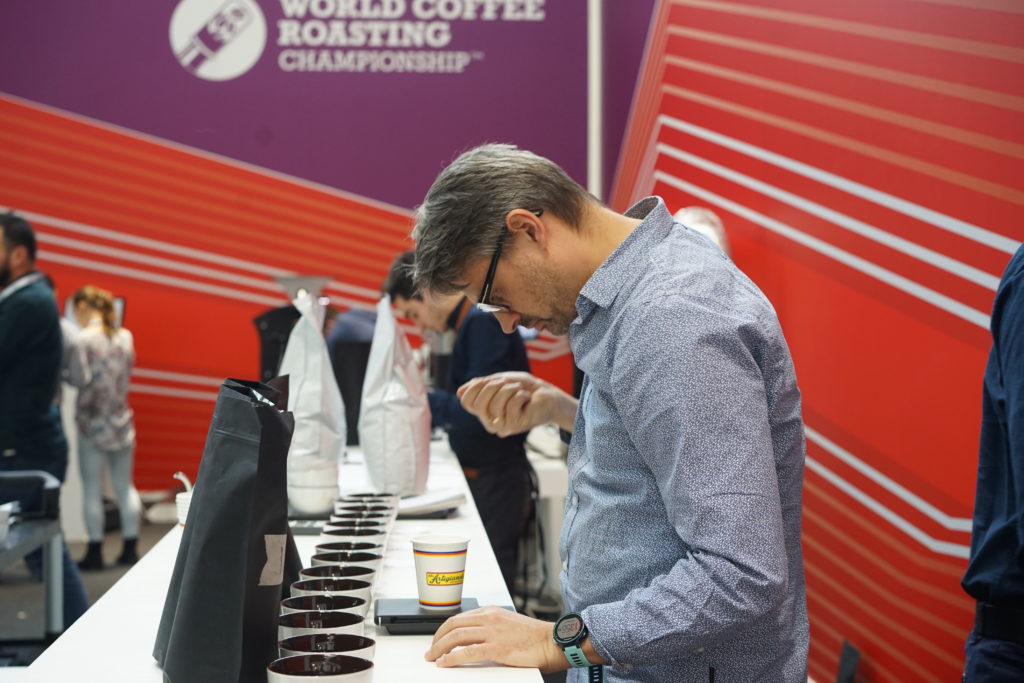 SIGEP doesn’t finish after five expo days. The world dates of the Gelato Festival have been announced and in coming months will be in Europe, the USA and Japan. Alongside the companies, Italian Exhibition Group constantly provides business opportunities that are advantageous to all the product chains.